Just got the newly released XG7 block for the MSI Ventus 3090. Took pics to share here in case it interests anyone. 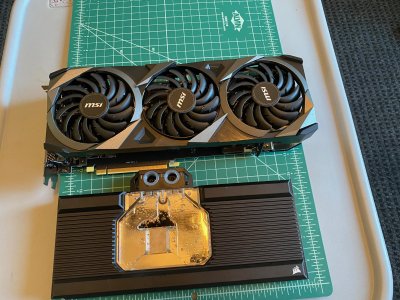 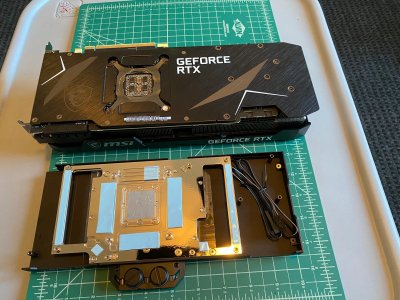 Here is a pic of the MSI backplate. Thought it was cool, never seen heatpipes on the backplate before. 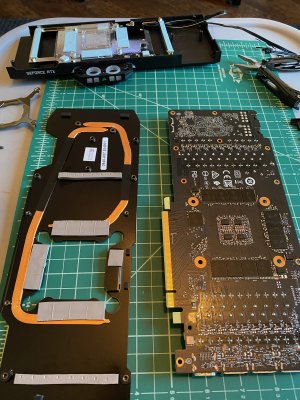 The Corsair XG7 has some heatpiping running through the front block as well. 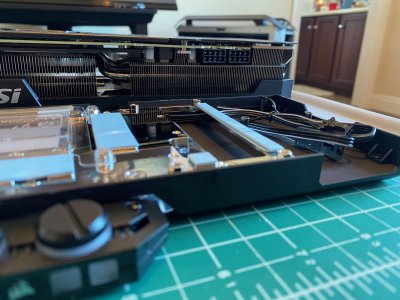 This is my second water block. Only been water cooling for a few months now. Previously I had the XG7 on the 2080ti and this is a more sophisticated design for sure. I'm glad they ditched the flow indicator as well. In my system the pump fluctuates between about 2000-2200rpm and that was the difference between the flow meter spinning and not on the old XG7. It also has four thermal pads on the backplate, whereas the previous design did not and you barebacked your card. Not that I ever had problems.