Hi guys, just have done some benchmark (Unigine Valley) with my new MSI GTX 780 TF3, the GPU is pretty cool at 76°C, things went relatively smooth without any problem. However, upon investigation with my infrared thermometer, the VRM area on the back of the board reaches 103°C whereas my GIgabyte GTX 770 only topped out at around 75°C . Specs & photos are attached. No OC, all stock settings. I wonder if it is ok to use or should I return this one? 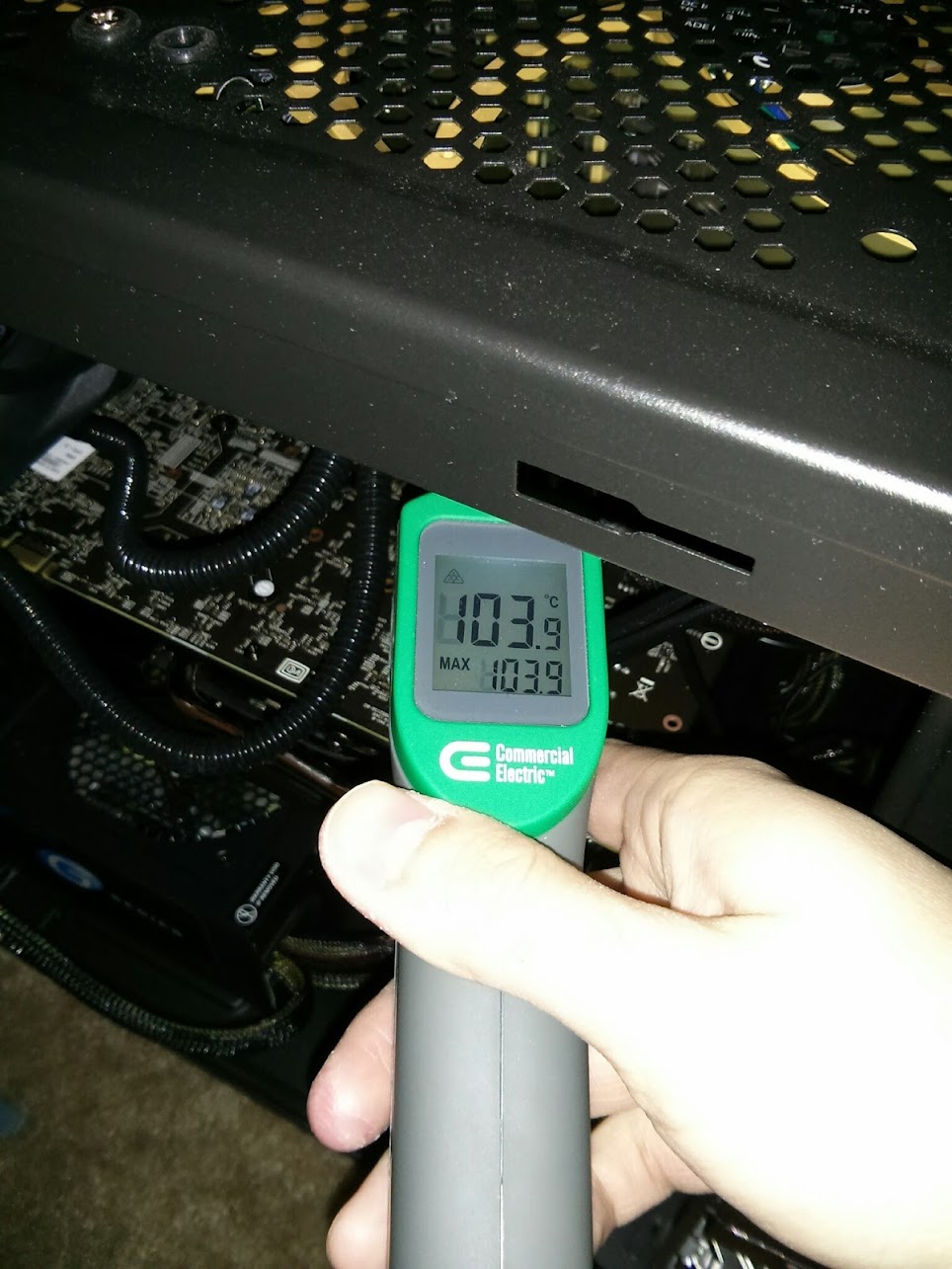 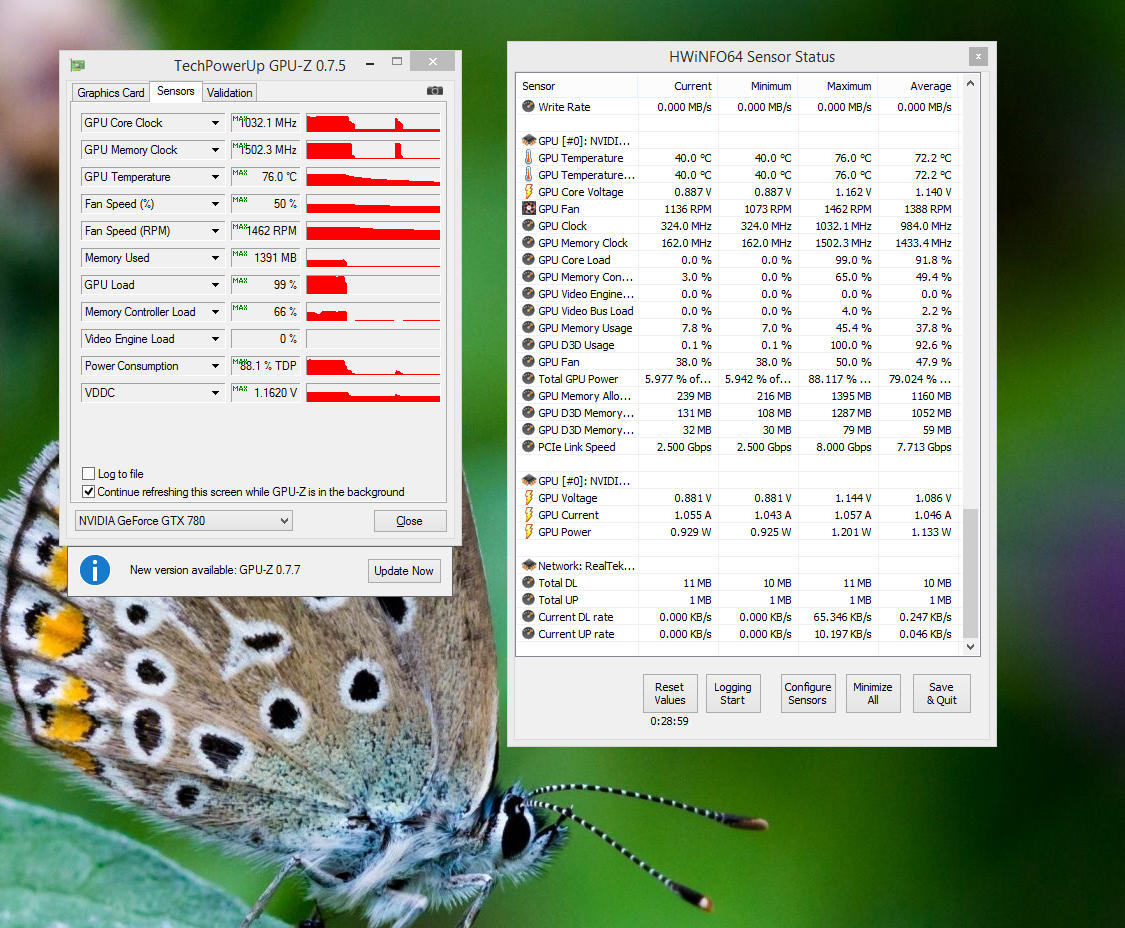 Did your GTX 770 have a reference cooler? Because I heard that aftermarket coolers don't do a good job at keeping the VRMs cool, particularly the TF3.
B

I think gpuz 0.7.4 had the vrm temp readings on it. See if you can find that version and double check them against your gun

Don't see any vrm temp. in 0.7.7 version of GPUZ, pretty sure the reading on the meter was correct because it was too hot to touch, couldn't put my finger on the back of the card for more than 1 sec. And I just have measured a pan of boiling water with the same meter, it shows 98°C
A

something maybe wrong with your card then. I had mine clocked at 1200mhz and it ran @ 70-80celcius for the vram. See if you can peak at the vrm plate to see if theres any thermal pads in there.
D

@aznever: by vram you mean vrm right? How did you measure the vrm temperature? I double checked, all of the thermal pads are there and making contact with all FETs. It looks like I'm going to return this one.
H

Nah, too tired of that MSI, and they also put a warranty void sticker on the screw on the back of the card . Go !@#$%^& youself, MSI. Returned and get a reference EVGA 780 Ti, so far so good. Boost clock ~ 1100Mhz, VRM temp ~ 85°C and max GPU temp with auto fan ~ 83°C, slightly noisier fa comparing to the TF3 but it's hardly noticeable.
/One thing to note is: on that 780 TF3, bumping the fan speed to 100% will help lower VRM temp down to 88°C. So I concluded that the cheapo base plate that MSI used for VRM/Memory cooling is insufficient.
You must log in or register to reply here.
Share:
Reddit Pinterest Tumblr WhatsApp Email Share Link
Top