MicroProse is working on a multiplayer VR bomber

scroll down to see the pics its up to 10 players inside the cockpit and plane all working together inside the plane !

So, renders of medium quality 3D models not even from in-game, color me unimpressed.
Combined with it being multiplayer, means this is not the revival was hoping for.
V

Operating the bombing sites would be a great minigame. But stand alone? Eh, very tedious.

I would love to see a VR version of something like Guns of Icarus.
M

scroll down to see the pics its up to 10 players inside the cockpit and plane all working together inside the plane !
Click to expand...

Without knowing what really goes on inside a older bomber-style aircraft, I can see all 9 people cooperating perfectly with a time delay/primed bomb ready to go but with someone repeatedly closing the bomb bay door...

I love B-17 The Mighty Eighth from 2000 a massive ton, and own it on Steam and have had it installed at all times since I fist bought it on CD..... but this would be..... not fun OR it would not be accurate as a simulator -

While its a neat idea, even with as much as I love the history of bombers and the working of the crews.... is a very boring game for 8 of the 10 crew - you only have the main pilot and navigator working for most of the flight, the rest of the crew stand around and wait to either bomb for 10 min, gun for 10 min, or radio message for 2 min. The single player version of the game from 2000 at least let you be the pilot for the flight until you chose to gun or bomb, and then fly again, so you always could be doing SOMETHING. I never used time compression myself, I flew it like a real mission, so I would set aside 4-8 hours to play one mission.

I cant see you being able to get that many people together easily - but when you find a group of 9 other people who ARE willing to spend 8 hours on a single mission and doing nothing for most of it, it will be **great** as they will all be serious bomber buffs and will take it very serious.

And if its a time compressed/jumping game, it loses the appeal it has to the serious player, and its not all that appealing to a general market anyway, as its not a mainstream "thing" to want to fly a WWII bomber with a crew...


I sure do long the 2000 version though.... Just wish the bomber formations could be increased... 12 bombers is too small, and while you can increase the number of fighters to massive amounts, having 40 fighters attacking 12 bombers is...... shall we say.... a very short mission... You can "technically" increase the number of bombers rendered, but past the two original groups of 6, they are "ghost" bombers, which dont bomb or fire at enemy fighters.. I would have loved to be part of a thousand bomber stream late in the game...


Dont get me wrong, there is appeal for this type of game at the simulator level, look at submarine sims, where a single encounter can last for 15 hours of real time, tracking a convoy and working into a position to fire and escape.... or way longer if you're detected and have to go deep and run silent to try to evade the escorts.... Which I also really enjoy doing, and spend many many many hours and days doing that as well There were times when I was younger and not working that I would schedule myself "watches" in the game and sleep/awake based on them, and leave the game running for days on end, with audio alerts to wake me if a contact was detected, etc. I lived as closely to what it would have been like for a real submariner.. with the exception of being able to eat fresh food
T

A revival of some of the older sims on modern engines/equipment could be amazing.
T

I remember when MIcroProse was HUGE...

I think this was the last Micrprose game I bought, 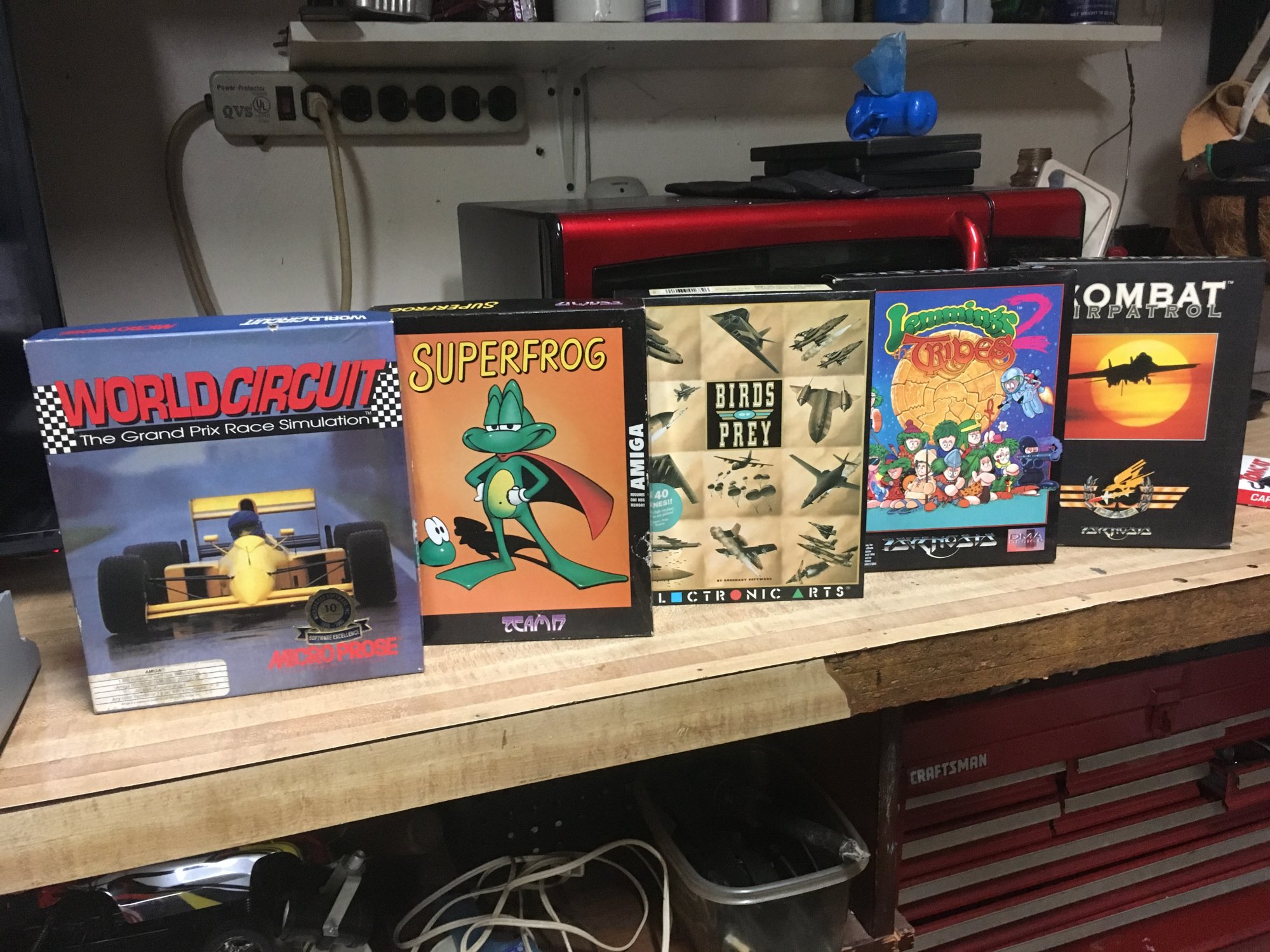 thejokker said:
I remember when MIcroProse was HUGE...
Click to expand...

Holy MicroProse out of f'n nowhere lol. They still use the old logo too. Wow.

I only hope the learning curve is gentler than like DCS which is a total monster.
T

SuperSubZero said:
Holy MicroProse out of f'n nowhere lol. They still use the old logo too. Wow.

I only hope the learning curve is gentler than like DCS which is a total monster.
Click to expand...

I hope so to. I like a good study sim, but my favorites are the ones that let you choose between arcade and hard core sim. I want all the switches and controls to work, but not go through a 15 minute startup process to get going, or worry about fuel mixture management.
R

You had me at MicroProse.
L

Zepher said:
I think this was the last Micrprose game I bought,
View attachment 250216
Click to expand...

Great choice in games! I had all these on my old Amiga 4000. Lord only knows how many hours I spent with Birds of Prey! The intro video was amazing for the time too!
You must log in or register to reply here.
Share:
Reddit Pinterest Tumblr WhatsApp Email Share Link
Top