I have an ASRock X99M Extreme4 along with 3x 256GB SSD in RAID0 that is currently attached to Dell PERC H310 (which is the same as a LSI 9240-8i). I am underwhelmed by its performance.

Do any of you have experience with running RAID0 with the onboard X99 - I guess this would be intel's "Rapid Store Technology" ? - I am wondering if I might yield better performance if I were to ditch this LSI controller all together.

Current lackluster benchmarks - This slow write speed is driving (pun intended) me crazy. I had near symmetrical performance read and write performance when I only had 2x 256GB SSD in RAID0. 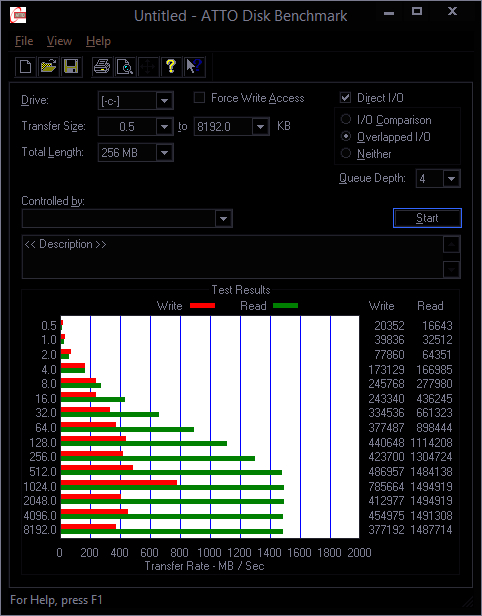 Start using a proper benchmark like CrystalDiskMark instead of ATTO - ancient benchmark.

Also, in many cases FakeRAID from using Windows-only drivers (Intel chipset, AMD chipset) results in higher performance, particularly for SSD arrays. Hardware RAID controllers tend to do better in RAID5 and RAID6 however, due to better firmware. But Intel onboard RAID (fakeRAID) is one the best there is and got many features, including volume write-back caching. I recommend that over Hardware RAID in most cases.
I

LSI cards disable the write cache on SSDs unless SSDs have power-fail protection (typically only available on enterprise drives). By default, LSI cards will also disable their own write cache ("write-back") unless you have a battery backup (or a "CacheVault") installed, but you can modify this setting.

@_CiPHER_ is 100% on the money. For SSD RAID-0, stick with the onboard Intel controller and Intel RST/FakeRAID.
You must log in or register to reply here.
Share:
Reddit Pinterest Tumblr WhatsApp Email Link
Top