I have an MSI Prestige Creation X570-based motherboard.
I also have 10 Corsair LL120 ARGB fans

The 10 fans currently connect to:

(2) Corsair RGB hubs which are connect to a Corsair RGB Commander which, itself, connects to the motherboard through a USB 2 Header. The fan's RGB lighting is then controlled by the Corsair iCue software that we all know was designed by the Nazis who designated it as the V4 Vengeance weapon during the last, frantic days of World War II, hoping it would turn the tide of the war...

Corsair also makes a different 6-port RGB Hub. This one connects to 6 fans, has a SATA power connector, and a connector to allow it to directly plug into the motherboard through a motherboard maker supplied cable and header on the motherboard.

MSI calls it the jcorsair connector, and it is located on Page 48 of the user manual. An RGB hub controlled through this jcorsair header allows the MSI motherboard's Mystic Lights software to control the RGB lighting instead of the Corsair software, which means I can't be charged with war crimes for using the iCue software. 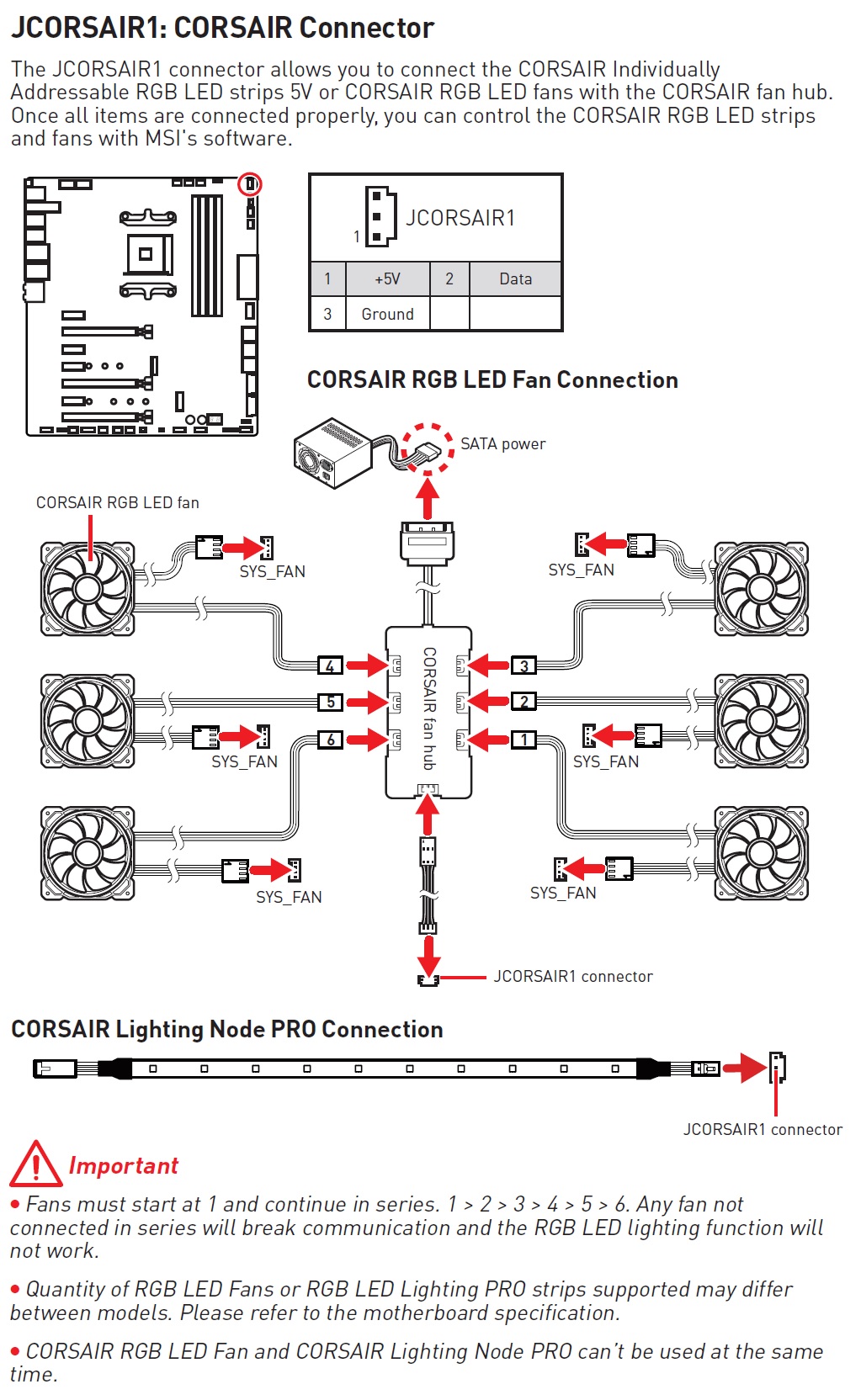 All the Corsair RGB hubs have 6 fan connectors so I need 2 of this type of hub.

My problem is, I only have 1 jcorsair connector on the motherboard and 2 hubs to be controlled by 1 header...

Obviously, that assumption could mean I burn out the motherboard if my assumption is incorrect so...

What I was thinking of trying is:

Create a cable with 5v and ground supplied by the power supply (sata connector) going to both hubs, instead of both hubs drawing that power from the motherboard header. Then, have the "data" cable itself connected to the jcorsair header. I do not know, however, if it will allow the control I want.
You must log in or register to reply here.
Share:
Reddit Pinterest Tumblr WhatsApp Email Link
Top