Figured I'd share a little project I just assembled.

In our new house there is a fireplace in the living room which cannot be used, and it is in exactly the spot where it makes the most sense to stand the TV.

The raised stone slab in front of the fireplace caused a lot of issues. First off, using my previously acquired TV Stand, standing it on the stone slab raised the TV too high (eye level must be at center of screen when in normal of seated position). Modifying it by drilling some extra holes allowed me to lower the TV to a lower height. 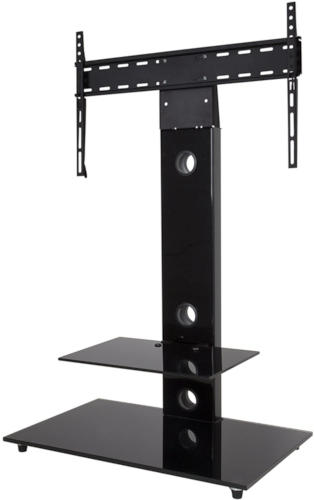 Now I had the problem of finding furniture I could place under the TV high enough to fit my equipment, yet low enough that the center channel speaker can sit on it and not obstruct the screen.

I searched forever unable to find a solution, and in the end decided IKEA hacking would be the way to go.

Spending some time on their webpage I found the LACK Wall Mounted Shelf. 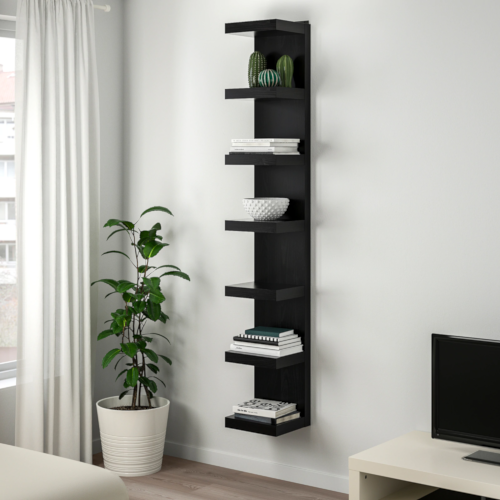 My measurements indicated this was about the right height and width. I figured if I flip it on its side, and only install every other shelf it could make for a good solution for me.

Problem: The middle two shelves (now legs) will stand on the glass base of the TV stand, while the outer two legs will stand directly on the stone. I needed a way to level them.

While at IKEA I picked up a couple of packages of their FIXA felt floor protectors to put under the center legs standing on the glass. 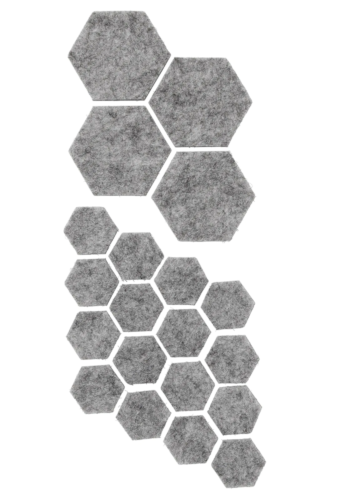 I also picked up some EKET Adjustable height feet.

The shelves/legs are ~2" thick laminated particle board. The brackets are a ~3" x 3". Brackets are going to have to be modified.

I used my rusty old 50's to 60's era scroll saw to saw the brackets to size. Having just moved I was fresh out of cutting oil and had to improvise. I wound up using some Mobile 1 high temp silicon based car grease I had bought years earlier, and it seemed to do the job.

Now with the brackets in the correct size, they needed new holes (as I sawed off the old ones). My rusty old 80's vintage value brand benchtop drill press did the job.

Here's the result of the bracket: 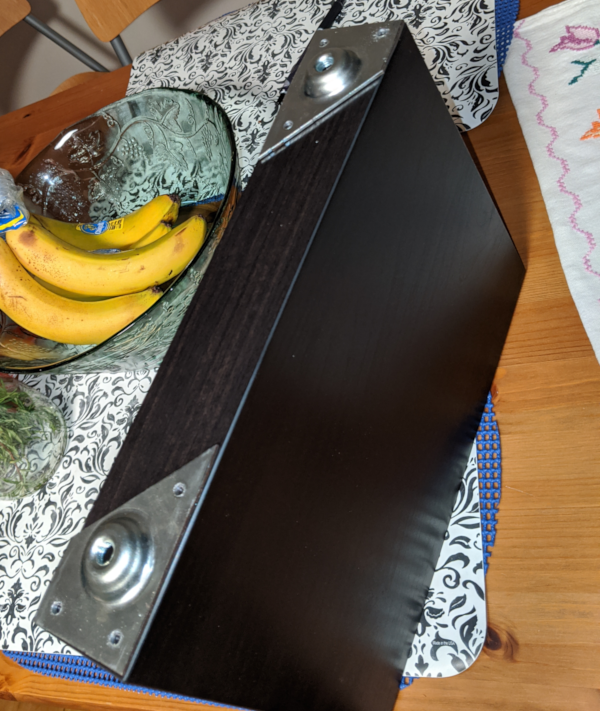 Not perfect, but I am not a machinist, so I will settle for imperfect but functional. 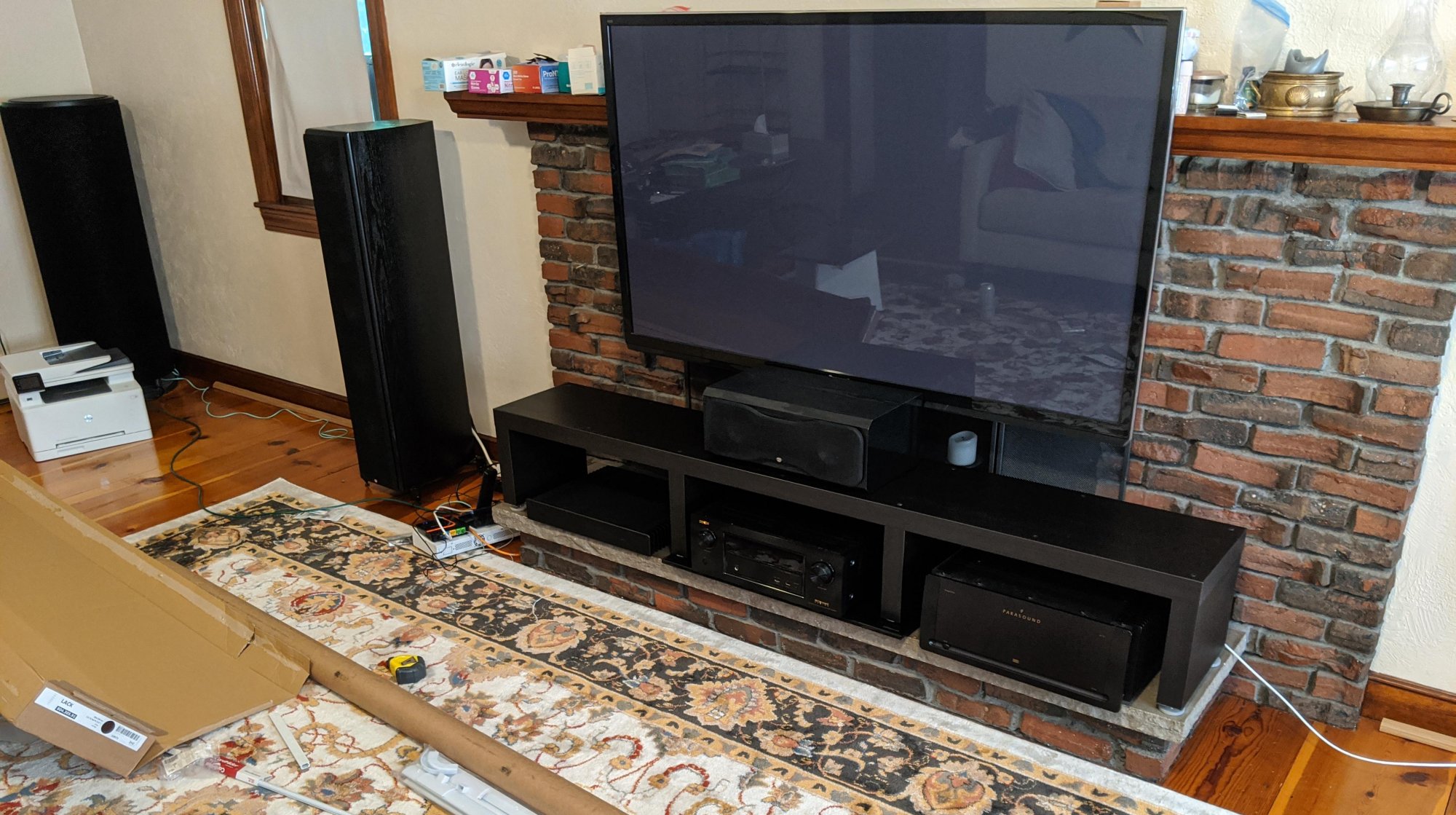 Not bad for a quick hack, if I may say so myself. With a total price tag of ~$67, it sure beats the price of custom furniture.

I'm a little bit concerned about the tight quarters around the receiver and the big amp on the right as far as airflow and cooling goes, but I am going to monitor it.

I think it will probably be fine, as central air means they never get used in hot temperatures, and I am not using either of them to their max capacities. The receiver only powers the surround speakers which doesn't tax the amp much, and the big amp is pretty overkill for my application, so I have the gains turned all the way down.

If it seems like they are getting hot though, I'll get a few silent PC fans and mount them in the corners in the back of the shelf to pull through some air.
S

I like it. The wife and I have a similar problem and this gave me some ideas. Thanks!

Skott said:
I like it. The wife and I have a similar problem and this gave me some ideas. Thanks!
Click to expand...