I am looking to replace some Noctua S12 as case fans with F12s after further research, but there is a lot of recommendation for the A12s.
My case is placed very close to a wall where minimal air seems to reach.

I am wondering what the community thinks of the grating of the case - is this highly restrictive? I had to remove the mesh filters before to effectively drop down my temperatures by a cool 4-7c.

I was reading a thermal engineers input from he does state if the panels are less 1' away than higher pressure fans are needed.

https://www.reddit.com/r/buildapc/comments/6c3cla/discussion_sp_vs_af_fans/
Than from an aerospace engineers perspective he states that fans start performing worse with higher temperatures and higher speeds.
He goes on to state that high airflow fans get way less effective much quicker than SP fans, even in the absence of solid objects to push through.
High air flow fans work better at idle and without obstruction, but AF fans might potentially move less air than SP fans at higher thermal loads, even without obstructions.

Will I lose potentially being able to cool my system down more efficiently with choosing F12s over A12s?

Attached is my case, currently opened at the moment, to show the clearance between the wall and the case. 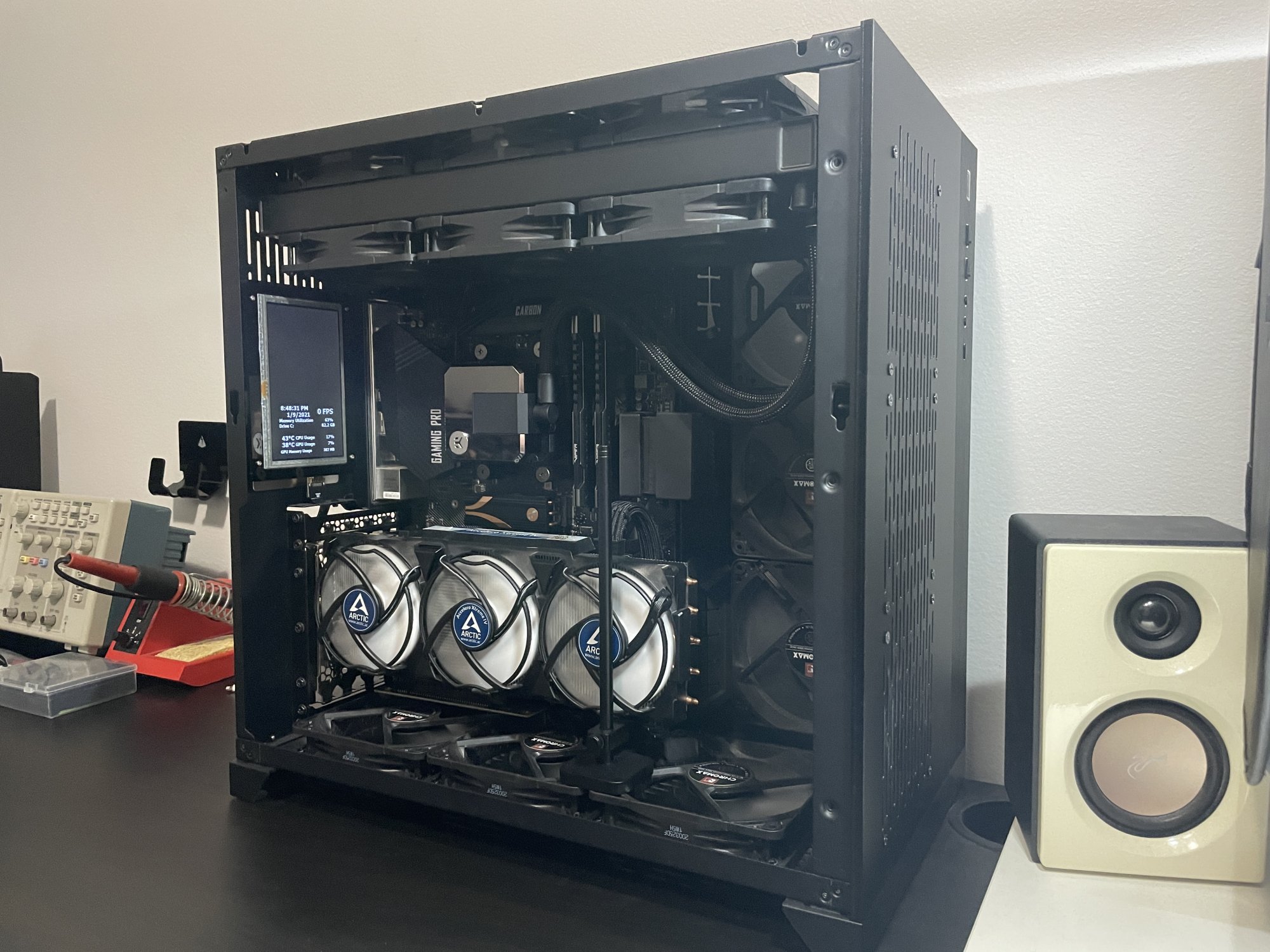