Owned the V20, G7, and G8x. All great phones. Biggest flaw I experienced was the lack of waterproofing of the V20. Otherwise that would have been my dream phone (removable battery, microSD, good DAC).

The G8x dual screen "gimick" was actually pretty neat. Got it on sale for $400 which seemed like a good price given the hardware. If I were younger, I would have used it all the time. I imagine it would work great with custom firmware and emulation.

Played Pokemon Go on a LG Phoenix 2 2016 own a Samsung G9 now I like the smart phone aspect but it's addicting so I lock it up so I don't binge stupid stuff all my life. I like LCD displays better than AMOLED because the stuff doesn't wash due to sunlight.
T

My last LG was a DARE from 2008 IIRC. It was a crappy iPhone wannabe.
I

Thinking about it more, I fondly remember my flex 2 as being one of my favorites of all time. The slight curve provided extra drop protection, and was comfortable to use.
L

A little sad but understandable, the margins on Android cellphones are extremely slim, and the funds you need to keep on hand incase of issues is disproportionate. If you can’t move large volumes then they are a loss on paper and that’s all the investors and accounting departments care about. They can’t maintain the margins that Samsung can and they can’t command the price that Apple does, and there is too much competition for the budget Android market for them to really want too. 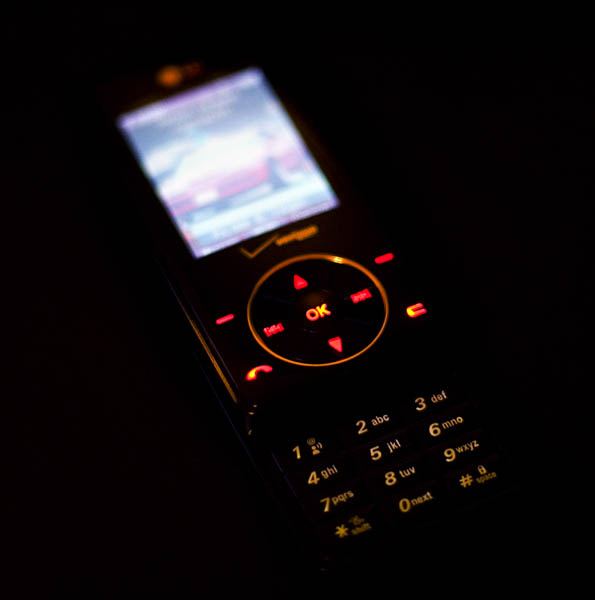 The Nexus 5 I owned was a fucking piece of shit but the g4 g6 and g8 I currently have were and are great!

My girlfriend at the time had a couple of LG chocolates and the LG dare ^. I really hated those verizon OSes. Thanks to this thread I know about the V20 and its removable battery. Also the G5. I'm still on a galaxy S5 so I may consider 'upgrading' to one of these.
J

Man, this stinks. I have only had LG phones, used Samsung and they're too clunky/bloated, and iPhones are not my thing. Aside from their slow software updates, I've been happy with their phones.
What do you think? Is this a good opportunity for OnePlus to gain more marketshare? Or do you think moving forward it'll just be Apple & Samsung as the main options?
Click to expand...

LG family here. Three models on use and one of them has (according to its user) a camera better than high-priced models from the competence.
Z

ManofGod said:
Mobile phones in general are a complete joke and total junk. A super expensive device, that should not be, that can be broken super easy for just a few feet drop? Oh, and the constant tracking of the device that, although you paid for, you cannot choose how you want to use it? Nah, I will either pick up a phone that can use an OS with all that garbage removed or pick up a Linux Phone when it can be used as a daily driver.
Click to expand...

So I gather you are currently using a flip phone?
B

I'm actually still using an LG G5 which was a replacement for my previous LG G5 (being the only phone I've ever broken) and am very happy with it. On my end, it doesn't make sense to buy an expensive phone considering I sit around equipment magnitudes more powerful and efficient all the time. The only thing it ever really gets used for is random phone calls and looking through various email accounts. Longevity has more been the driving factor in purchases; expandable storage, replaceable battery, and 3.5mm headphone jack now going forward. Over the past seventeen years I've only ever owned five phones with the last two being G5.

Still using the LG V20 and probably will continue using it into 2022. The fact that Qualcomm Snapdragon 888 is hot and use 20% more battery than its predecessor makes it a no buy for me. I was really hoping for a V80 from LG next year, so I'm sad to hear LG are dropping the phone market, but considering that LG still don't have any idea how marketing works, it was kinda in the cards.

ManofGod said:
Because for me, unless I have a long trip or a specific event, I do not need to have it on me. I lived the first 35 years of my life with no cell phone at all and I lived just fine without it. I know how to read a map, I am good with directions, I just focus on my driving, I do not use the phone for anything but text, calls, reddit, browsing, Garmin connect and Strava.
Click to expand...

Right there with you. People are addicted to these things and don't realize how dependent they are (look at people in a doctor's office, mall or in the workplace, a bar.. anywhere.., no one is able to be more than 1 minute without pulling out their phones and trying to fiddle with it. They feel naked and vulnurable if they don't pretend to be busy or an important person with a smartphone).

The biggest pro to a smartphone, to me, is the camera. And that's 95% work-related than a personal need or want.

It's very liberating not needing or relying on one.
If someone prefers or needs GPS and to have a way to contact someone in case of an emergency, a flip phone does the job, and is infinitently cheaper without all the reliance.
Last edited: Thursday at 5:59 AM
1

Furious Nerd said:
no one is able to be more than 1 minute without pulling out their phones
Click to expand...

I personally thought LG phones were pretty good, even better then Samsung phones, but my personal favorite is still the Sony Z series phones.

The main experience I've had with LG phones is fixing broken screens for others. A user who owned a Samsung S5 for 6 years upgraded to a mid-tier LG phone because the Samsung was just getting too old. Within 2 months they had already broken the screen 3 times. Yet they made it 6 years with the Samsung without ever breaking the screen? At least the screen in the LG was able to be replaced, but after the 3rd time, it started to feel like that wasn't much of a long-term solution...

But it just pains me to see "OnePlus" and other Chinese-designed phones becoming more popular, and this is only going to continue that trend. I'll stop using a cell-phone before I use a phone designed by a Chinese company. That would be like hiring the local drug gang to install a security system in your house. No thanks.

Have V10 with 6k mah and a v30. Aside from solder/chip backfill issues the V10 was amazing. V30 bang for buck best portable DAP under 400usd, enough said. You can get them for a note... That DAC is phenominal and probably one of the greatest phones with a headphones Jack. Fuck dongles on a single fragile USB c.

Sad to see them go though, they were one of few manufacturers who built phones I'm interested in. Looks like I'll stock up on another v30 and spare screen (current one was used with burn in).

Maybe by LG departing for a few years, a return will build enough hype to make a profitable dent in the industry again.
A

This is a damn shame. Because of how quickly their phones depreciated, they were always a steal on secondary market. We got two G8 for next to nothing over a year and a half ago. Still can't touch those prices for SD855 even today.
A

Eshelmen said:
Loved my LG G2 and G4 back in the days.

Maybe by LG departing for a few years, a return will build enough hype to make a profitable dent in the industry again.
Click to expand...

I can't imagine the company diving back in after just a few years.This is one of those categories where it's difficult to compete if you aren't deep into the "rhythm" of the industry. Essential had lots of money and a solid product, and it still didn't get very far.
D

That's bad because LG and Motorola are two of the cheapest phone companies in the market. Also LG is friendlier when it comes to letting people install custom roms.
A

I gotta be honest, I was a Windows Phone user until this year and I didn't even know LG made phones. I wound up going with Surface Duo, and it made me pretty mad to have to go with Android and disable as much Google junk as I could after fighting it for 8 years, but there was no way I would have been happy with an Apple phone as a PC user that wants a phone with decent Windows integration. I definitely like the dual screen thing, though, it reminds me of my 3DS and I appreciate being able to run two apps full screen, side by side.

I feel like this is a huge blow to having real choices, and it seems from what people are saying those LG phones weren't half bad. Not only is almost everything running Android now, we don't even really get our pick of Android vendors anymore. It's basically either straight from Google, or get a Samsung now. Honestly, I guess between Google and Samsung, I'd probably pick Samsung. They seem to be increasingly tempted to go their own way with a customized version of Android.
S

Gonna miss them. Less competition is not good.
D

I've currently got an LG V60 and it is amazing. Battery life is forever. Great camera. Features and performance/dollar is very favorable.
D

By the way things are going, we will have left, Samsung, Apple and a bunch of Chinese phones. Pay through the nose, or get really spied on by a Chinese phone.
D

Dk975 said:
By the way things are going, we will have left, Samsung, Apple and a bunch of Chinese phones. Pay through the nose, or get really spied on by a Chinese phone.
Click to expand...

I decided a long time ago, I will never buy a Chinese phone.

dbr1 said:
I decided a long time ago, I will never buy a Chinese phone.
Click to expand...