As was suggested above, he really needs both upgrades for his usage in streaming. The OP further suggested he doesn't overclock and it is probably due to the 6700K out the box being a poor clocking part, the Z170X should be able to take the CPU to max OC for a 6700K which is around 4.8ghz. Since the OP is running stock it is pretty much a clean sweep here for the Ryzen 5 3600 which is going to net superior results across the board with pretty good streaming performance, if he is already running into limits with his current setup streaming will tax the setup even more.

If you choose to go with the GPU for now you will get performance increase naturally with a better GPU but your gaming experience is going to be curtailed by the limits of a stock 6700K, your real solution is a full system update to Intel or AMD newer parts even if you do it in steps.
S

If you are mostly gaming then a GPU upgrade, no question about it. If you are more concerned about streaming then it becomes both.

Stryke1983 said:
If you are mostly gaming then a GPU upgrade, no question about it. If you are more concerned about streaming then it becomes both.

Excellent point.
Depends on the game and ideal resolution the OP intend to playon or in the simplest terms, is the GPU bottlenecked by the the current setup of games? Typically a gtx 1000 series cards are setup well for anything where the cpu gen king in the mainstream was 4C/8T.
S

Seems to be a very popular question, I’m seeing it everywhere these days. 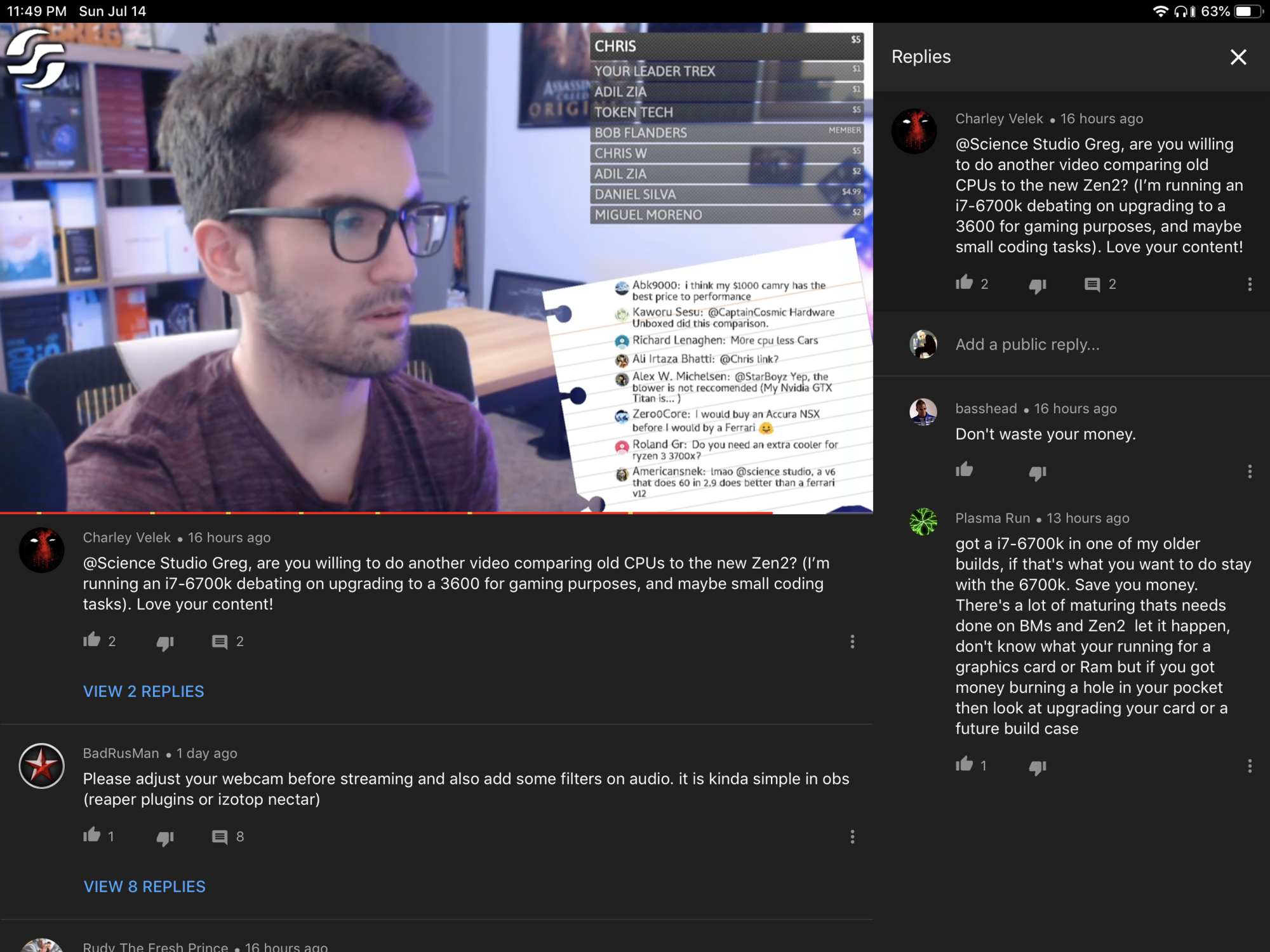 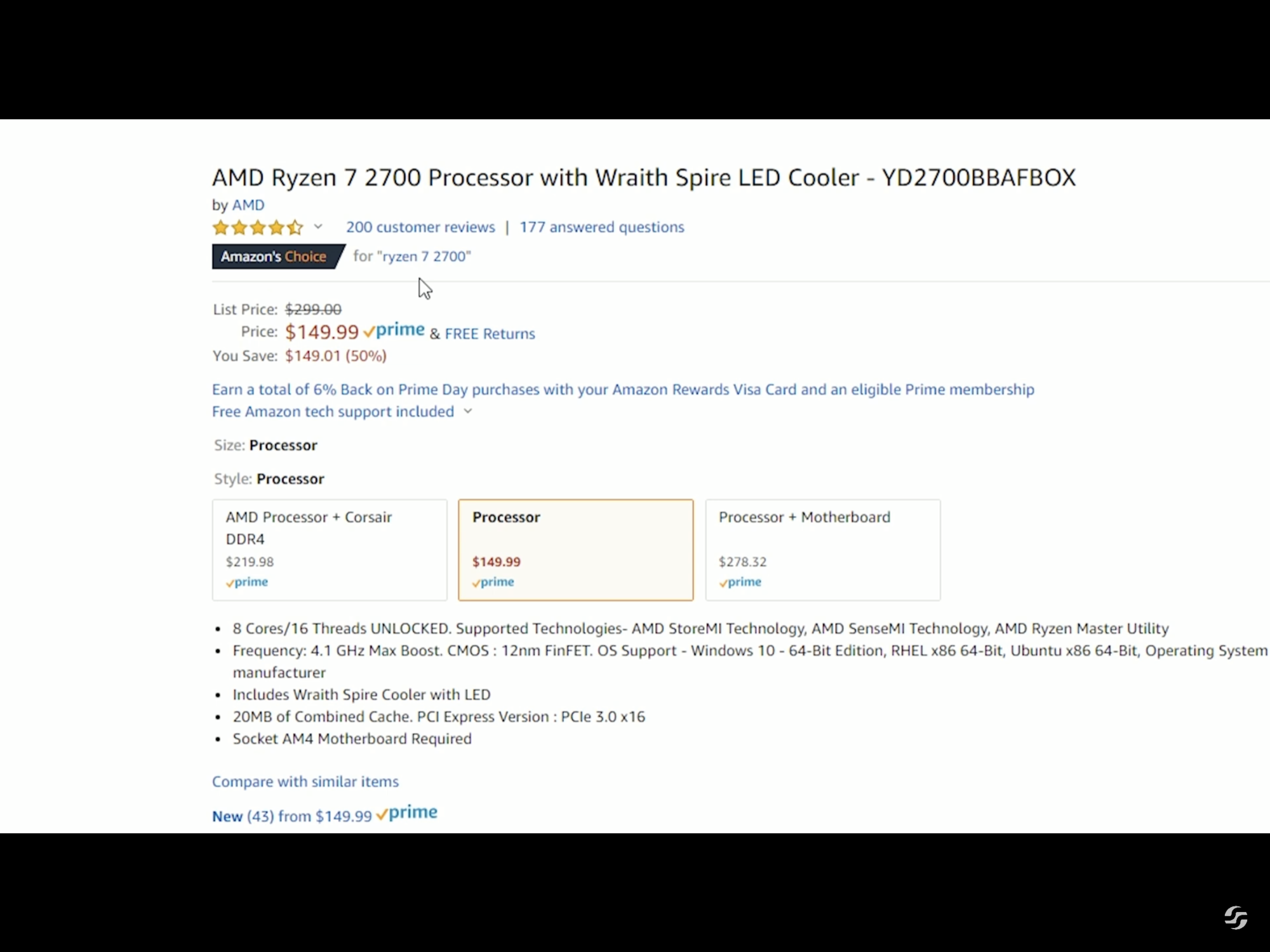 They're not the only site to make the AMD price break official. They juts didn't pretend it was part of Prime Day, so Newegg isn't sold-out yet.

defaultluser said:
They're not the only site to make the AMD price break official. They juts didn't pretend it was part of Prime Day, so Newegg isn't sold-out yet.

I'm not sure CPU prices will much lower.
Ryzen + has more going for it than Ryzen 1 as far as market appeal.
Probably see more B450/X470 inventory depletion offers tied to CPUs.

I spend more debug time on AMD platforms, take that for what you will.
Last edited: Jul 16, 2019
K

reaper7534! said:
Lots of good info guys. I appreciate it. At some point i will upgrade the GPU, but not sure when. Its not as simple as just buying the GPU, i have to factor in a block and backplate. Strix super is going around 550, plus another 200 in cooling hardware.

When i do upgrade the gpu it will be a 2070 super. Id like to try the next generation of amd, but then i lose gsync.

It's probably not even worth buying any of the AIB cards other than cheaper reference designs for the 20xx series. It's not like in older cards where there is a big difference due to better components etc, it's mostly just better coolers that make a noise vs throttling difference.

I have a 6600K @ 4.6 GHz paired with a Palit 2080 Ti Gaming Pro (reference board) and an AIO cooler mounted on it. The card is not a great overclocker even with the AIO but for me it being silent was more important as the stock cooler was a bit loud. I went with this card because it was one of the cheapest A-chip 2080 Ti cards on the market at the time.

I don't stream but overall the system runs the games I've played in the last 6 months just fine. Quantum Break, RE2 remake, Witcher 3, GTA V, Sekiro, Yakuza Kiwami 2, Shadow of the Tomb Raider...all fine but I understand I am leaving some performance on the table so I plan to upgrade to 3700X when they get all the driver and BIOS mess sorted out.