Just a mile from the LA airport, Intel Studios is building what it claims to be world’s largest immersive media hub. Intel says their dome is about 4 stories high, houses 96 5K cameras, and will allow filmmakers to shoot scenes from multiple directions using a technique called "volumetric capture." Intel apparently sends the multiple camera feeds to a nearby datacenter that creates a voxel-based representation of the entire scene, which content creators can then manipulate to produce "new kinds of visual storytelling.”

Intel Studios sends captured volumetric content over 5 miles of fiber-optic cable to more than 90 Intel-powered servers that can crunch over 1 terabyte of data every 10 seconds. (It takes almost 1,500 CDs to hold 1TB of information.) The studio's servers will eventually store up to 10 Petabytes of data - the equivalent of 133 years of high-definition video. Intel Studios is currently working on two Hollywood virtual reality productions to be released in early 2019.

cool!
maybe they are about to remake the matrix

I'VE BEEN WAITING FOR THIS KILLER APP.

TheBuzzer said:
cool!
maybe they are about to remake the matrix
Click to expand...

YES. That was the first thought I had. Talk about an influential movie. I don't think the Wachowskis want to do another though. And I know Keanu said he wouldn't do one without them being involved.

there are so many movies and shows that you wouldn't think use green/blue screen and it's perfectly seamless. I was watching an effects house's demo reel one day and was amazed at some of the productions that were green screened and composited and looked like they were shot with no effects at all.

they also showed some demo footage from the Intel studio during their Intel event earlier this year which was pretty cool.
they showed various angles, like from the horses point of view extrapolated from the cameras around the perimeter of the set.
L

TheBuzzer said:
cool!
maybe they are about to remake the matrix
Click to expand...

How many floppy disks is that?
C

Your grand parent's CDs are obsolete. Until the intel marketing mavens pull 1500 out of the closet and spray them across the meaningless factoid silver green screen
B 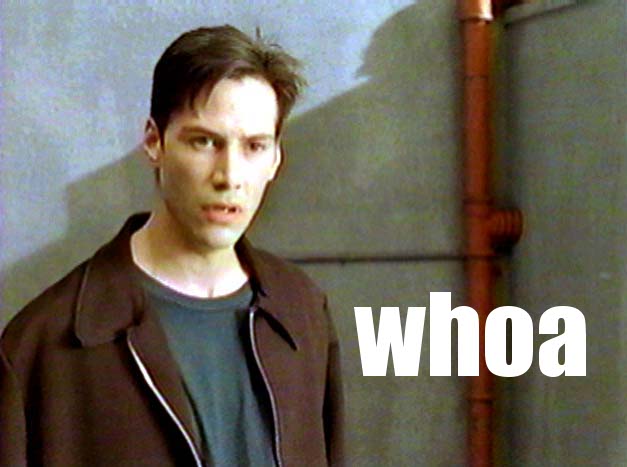 How about getting the fundamentals of moviemaking back down? No matter how good the tool, if talentless ass clowns are wielding it the result is not going to be good.
B

gxp500 said:
How many floppy disks is that?
Click to expand...