I was able to build my wife her first ever gaming PC. After such a terrible year last year I was so thrilled to see her so happy.

I didn't know where else to share this, and thought i'd share it with everyone here. I've been planning this for months. I couldn't afford much, and everything in this computer build is used. The motherboard, CPU, and memory are from a Dell workstation from my work that was going to be scrapped and I bought a header adapter kit so the motherboard can be used in a different case. The CPU is a 4th-Gen i5 so at least it's a Quad Core, and 8gb of RAM. The case, desk, and the mouse she bought herself like months and months ago with the intent on building a computer but due to Coronavirus and lost wages and health problems it never came together.

So i've been putting a little money away here and there, and collecting parts.. all used of course. The only new items are the little $20 speakers, and the $20 keyboard, and the fans on the top of the case. The GPU market is god-awful so I paid more than I wanted for a used RTX 2060. The monitor is a 32" Samsung 1080p monitor that I bought used on eBay for like $180 a while ago, but we are selling to a friend b/c too low of a resolution. I am looking for a 2070 now b/c the new monitor will be 1440p and I want a RTX 2070 for her instead b/c the 2060 just won't cut it at that resolution.

In any case i'm rambling and just wanted to share. She is very happy, and I was happier for her to get it after how terrible the last year has been. Maybe this year we will be able to properly upgrade the machine with a proper motherboard, CPU, and memory. She came home after a long shift at work and was just in shock and didn't know what to say for the longest time. Despite the old components, and everything and the stress of being able to pull this together for her it was all worth it to see that look on her face. 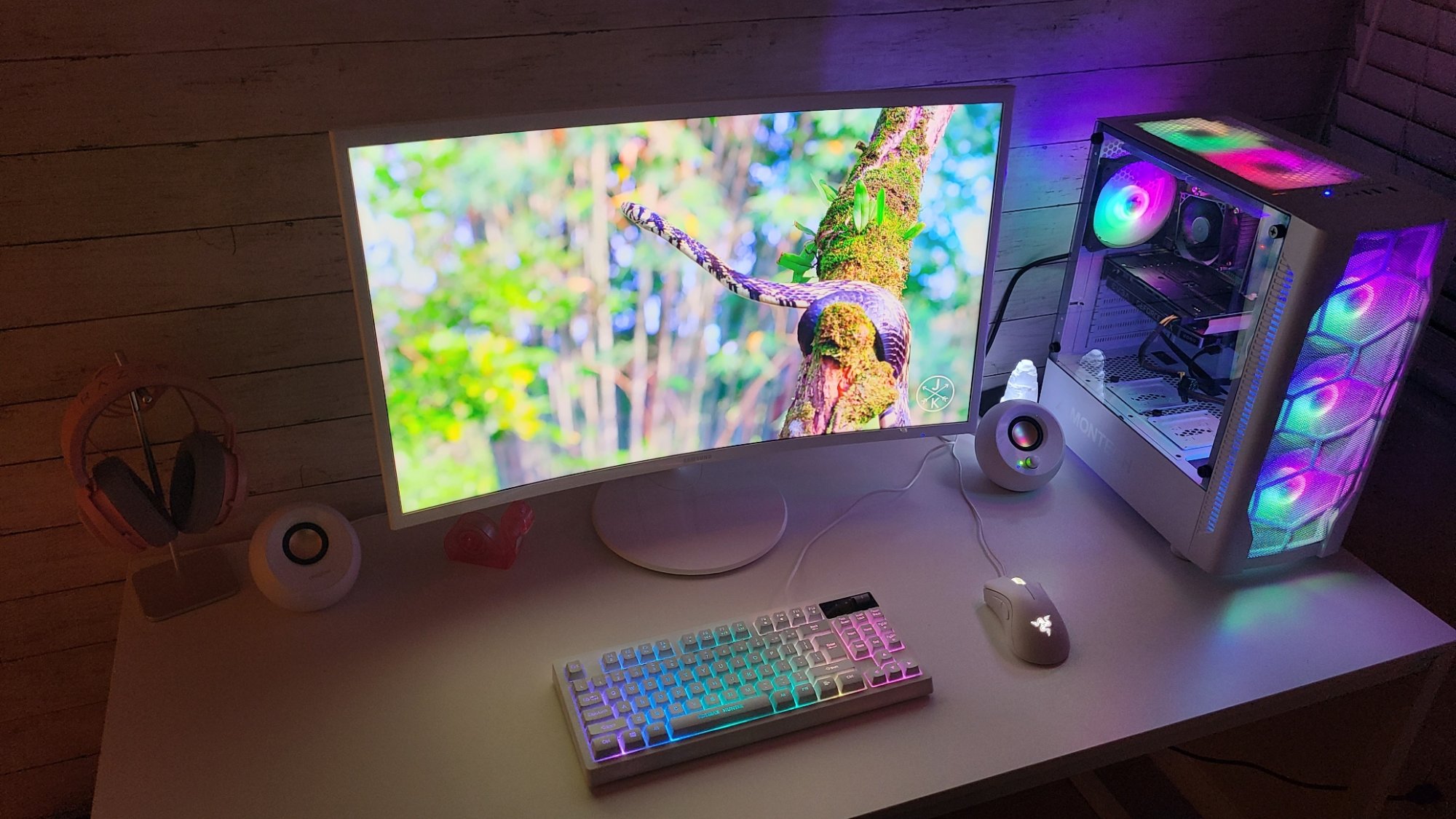 I'm in the same boat as you. Except it's my daughter's I am making new PC's for. Always good to help family!
Z

I'm in the same boat as you. Except it's my daughter's I am making new PC's for. Always good to help family!
Click to expand...

Here is fine. I meant I wouldn't have asked for wife pics if I saw where this was. Lol
D

Specs on the that white case?
Z

Awesome setup, I like the white theme, sadly enough - I'm finding out that my Razer peripherals don't hold up well, I've had bad luck with cheap materials that wear out extremely quickly and they use a lot of cheap glue and the plastic panels tend to start moving around and eventually peel off.

I am also glad to see her so happy. Please post more pics of her being happy. Thank you.
Z

We are just happy for ya bud. A gamer wife. Wow.

SnowBeast said:
We are just happy for ya bud. A gamer wife. Wow.
Click to expand...

I’d be making her e-whore on twitch to buy lambo’s.
G

That's awesome of you, op. You are a kind person .