Crytek just pushed the Hunt: Showdown 4.0 update out, and one of the headlining features is the new Quickplay game mode. The developers say the mode is designed for solo hunters, who drop in 10 player games and race to close four Rifts. New rounds start with a free hunter, and the first player to close four rifts is marked with a bounty.

Check out the trailer for the new game mode here.

Crytek also added a number of daily and weekly challenges, and introduced some "Quality of Life" gunplay changes, like faster animations for switching guns, throwing grenades, and aiming down sights. Quickplay details, as well as the various other features and bug fixes, are worth checking out in the full change log.
U

buy the game people, my uppercut needs the blood of newbies

This game makes me swear a lot. But it is so goooooood

Darunion said:
This game makes me swear a lot. But it is so goooooood
Click to expand...

Ok guys, you finally convinced me to buy the game... I have so many I am playing at the moment but I just keep hearing from HOCP'ers that its awesome, cool, great, and other words I did not know.....

Cant play it on my office computer so now I have to wait for getting home.....

yeah .. it can be a frustratingly good time

aww man .. what happened to the new beta map?!

Perhaps weak, but while I REALLY enjoy this game coop with friends I don’t enjoy a solo hunt. I haven’t tried the new mode yet, but my gripes on solo seem like they would apply.

Namely that the few times I’ve played solo everyone is sneaking around with no gunfire and all are careful to make no sound at all — leading to a really slow gameplay experience — camping, and likely instadeath by an opponent you never saw. Yes, it’s exilerating when you get the kills doing that, but mouse crushingly frustrating when you get shot in the back after 40 minutes of sneaking around quietly by someone camping a clue the whole time. In coop multiplayer you more often hear gunfire and teams move more quickly and firefights are fun, you can be resurrected, and while still generally a stealth game, gameplay is generally much faster paced. (Win or lose).

Solo play is hardcore stealth by comparison to coop.

Also grouped NPC difficulty raises significantly when playing solo, a pack of dogs, and a witch might be able to take you out for instance, where in coop that same combination wouldn’t even cost a health bar from either player. (This related to stamina, poison, stabbing animation time etc)

I’d rather see them implement five, four player teams, in coop, for 20 people on the map and up the NPC count, and give the NPCs a bit more intelligence in swarming together or perhaps herds to help keep teams moving - a cross between what it already is and a bit of left for dead type gameplay. That’d be faster paced, and fun.

Any rate I do really enjoy the game, I am level 64 bloodstream IIRC, with about 40 hours on it. It’s the best FPS title I’ve played in years, I just am not too excited about more solo modes and 45 minute rounds of crawling around in silence.
A

Glad it isn’t what I expected. I’ll give it a shot!

Archaea said:
Glad it isn’t what I expected. I’ll give it a shot!
Click to expand...

I just played a round that was apparently empty, which given the time of day is understandable for East servers, and I barely got to the Wellspring before time ran out. PvE can still be a big PITA trying to haul ass to the Rifts.
C

As a card-carrying Crysis 1-2-3 fanboy and Crytek well-wisher, but an equally confirmed non-MP, I've been hoping Hunt would offer some mode I could enjoy. Maybe this is it.

Crystoff said:
As a card-carrying Crysis 1-2-3 fanboy and Crytek well-wisher, but an equally confirmed non-MP, I've been hoping Hunt would offer some mode I could enjoy. Maybe this is it.
Click to expand...

It is easy in and easy out with no risk.

Won a QuickPlay round last night while testing the MSI Seahawk RTX 2080 and got Alfons Bohlander out with Uppercut and Crown and King!

I played dirty last night barricading myself inside the Duckman room at Reeker with concertina wire. Then I taunted everyone to try and come in. Some folks were not happy with my strategy. I did get two wins back to back however. And my best money round every in QuickPlay. 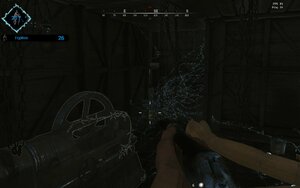 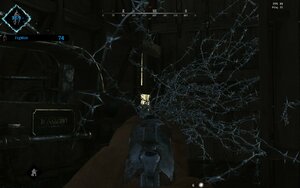 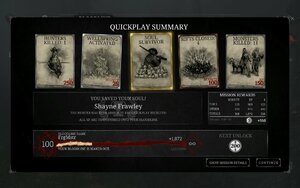 Ihaveworms said:
Me and my buddy have been experimenting with using the hive bomb. It is pretty much required to have the pitcher perk to make it worthwhile, but we still haven't nailed a good strategy or situation where it is of significant use. It is pretty humiliating when you get THE BEES on someone else though.

If you encounter someone telling you to eat their weenie when killed, that's us.
Click to expand...

That is the only problem with that room, if someone has a dyno or hive bomb, but in QP you have to roll the dice. Every time I use the Hive Bomb, I end up getting my own swarm. DOH!

I used the hive bomb successfully for the first time and got a kill with it .. I had to run for my life though when the hive turned on me .. I was able to stay ahead of it until it fizzled out fortunately

ThreeDee said:
I used the hive bomb successfully for the first time and got a kill with it .. I had to run for my life though when the hive turned on me .. I was able to stay ahead of it until it fizzled out fortunately
Click to expand...

My son and I just got out of a round and stole the bounty from a team....with two free Hunters and no upgrades. It was a crazy match. We just sat in the kitchen retold the story to each other 20 times laughing our asses off.

Seconds left in a Quickplay match and pulled off a win .. I was chuckling

ThreeDee said:
Seconds left in a Quickplay match and pulled off a win .. I was chuckling