HTC sales are still weak as its end of year financial statement showed a 61.78% decline in consolidated sales when compared to last year. This is the seventh consecutive year of decline that the company has experienced. HTC recently launched a new phone in December, but sales were still down 8.24% from November. "Darren Chen, head of HTC Taiwan, said his company will launch new high-end and mid-range models in the first half of this year, and he said he remained upbeat about its VR development in 2019 after doubling local VR sales in 2018."

HTC Chairwoman Cher Wang, however, expressed her faith in the company at its end-of-year party held Friday, saying HTC has laid a good foundation after its efforts in the past year, and she expects HTC will reap a harvest this year. Wang said HTC will continue efforts in VR, augmented reality, artificial intelligence, 5G networking and blockchain technology to broaden tech applications. On Friday, shares of HTC, in the Android camp, rose 1.11 percent to close at NT$36.50, outperforming the market, where the weighted index ended down 1.16 percent in the wake of heavy losses suffered by Apple Inc.'s suppliers. But the stock has fallen more than 97 percent from a peak of NT$1,300 seen in late April 2011.

HTC desire, that phone that I have the finestf memories of. I still have it on a shelf somewhere and u charge it up and turn it in every once in a while just to reminisce...
J

It's basically that HTC is sucking and slowing dying, I felt it appropriate to, in a roundabout way, say that sucks and I miss when they were a top dog.
Last edited: Jan 5, 2019

My first smartphone was an HTC Evo 4G. Loved that phone.

They've really had nothing since that has grabbed my interest.
A

I had some early HTC android phones but haven't bought an HTC in years. It's been all Samsung though I did give LG a shot this time around. I don't see any HTC phones with Canadian carriers anymore so I have no idea what they're selling.

Loved the versatility of the HTC HD2. Got burned on the HTC 10. They can go bankrupt for all I care.

I'm sure this is China's fault.

Loved the HTC desire, ultimately the lack of space on that phone was it's downfall, flashing and rooting could solve that but brought other issues with it.. I do want HTC to do well but they really need an outstanding phone at a decent price to compete, there always appears to be a downside to there phones.
I

Did they even release a phone in the USA this year? Did they go low end only? I can't remember an HTC phone since... the M8? M9?

My DNA was a great phone so I have nothing against HTC but I reallllly haven't heard anything from them. LG is more popular.
T

HTC made Google's Pixel phones so I wonder if that was a bad idea competing against themselves? Because the last phone before I bought my Pixel 1 was a HTC One M8 All my previous smart phones were HTC and they were all great too.
G

I've had my oneplus one for three or four years now and see no reason to upgrade. What would I possibly need more power for on a mobile device? I'm not going to be doing video editing on my phone and phone games all suck

Here's an idea. Remove tons of features, lessen the quality and double the price. Oh, wait a minute, you're already trying that.

Well, maybe try the opposite.

Kind of sad about this. I loved my Touch Pro 2.

Twisted Kidney said:
I'm sure this is China's fault.
Click to expand...

andrewaggb said:
I had some early HTC android phones but haven't bought an HTC in years. It's been all Samsung though I did give LG a shot this time around. I don't see any HTC phones with Canadian carriers anymore so I have no idea what they're selling.
Click to expand...

Bell has been the only one and they don't sell many.
J

Cant say the same for the LG and Samsung phones I have used since. Rma'$, early sudden deaths, cracked screens, mess of interface, plastic, etc..

Keep wanting to try a sony phone but hasn't been a good one out when I was in market.

Friend always refers me to his chinese phone, but I'm like hey I am an American patriot and only government I let spy on me is my own and the international corporations they work with!
D

HTC knows what they need to do, but are afraid to do something that Apple won't do. Apple removes headphone jack, everyone removes it. Apple doesn't have SD card slot and now everyone tries to do this. Apple iPhones sales down... makes you think that maybe Apple doesn't know best? Make an updated Desire Z already HTC. 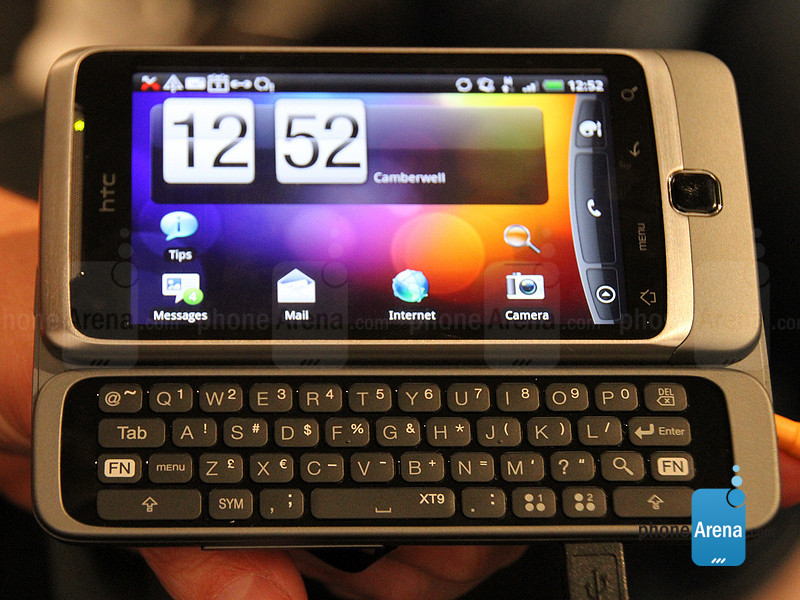 This decline is in near perfect parallel with my own reflection of the company. I can't recommend HTC to my friends and family after my own experiences with their hardware failures in my HTC 10 phone and customer support to get a freakin official HTC image to flash my phone. Using HTC makes me miss having a Samsung device.
D

Well after having random issues with my HTC V10 (boot loader) and having to get a new one only for it to experience the same thing a few months later then upgrading to the V20 only for it to have the boot loader issue and then after getting a new one of those my current (retired) V20 won't recognize the SIM card so I had to get a new phone. Went with the Pixel this round. haven't had it very long, but so far I like it.
X

I've had a couple of HTC phones, including my current one (U11) but I remember why I decided originally to stop buying HTC phones with the same issue cropping up on this phone. HTC are utterly useless at providing updates to the phone, even security updates are woeful.
I

Google bought a chunk of HTC a year or so ago. I expect their pixel phones to be HTC derived from now on.
H

I had four htc phones as work phones and each had a problem. DNA bad sim tray and would loose connection. I got a bad version of their windows phone, after replacement I had issues with voicemail. I had both the M8 and M9 and both would send people directly to voicemail often. I would literally call my work phone from the customer's new phone to make sure it works. One out of every 5 to 6 calls my phone this would happen. The build quality on the M series was top notch and I liked how you could set certain apps to change location on the screen based on where you were (home or work.)

edit - originally put that I have four htc phones when I had them.

I’d be interested to know how all phones are trending, HTC down, endless reports of iPhones down, is this an actual industry thing because of the lack of advancements in general? I know anecdotally people from my circle of friends and coworkers are holding on to their phones longer because there’s no real reason to upgrade

I didn't even know they released a phone late this year.
The U12 didn't make any impression at all I feel

I honestly forgot they were still making mobile devices.
A

DejaWiz said:
My first smartphone was an HTC Evo 4G. Loved that phone.

They've really had nothing since that has grabbed my interest.
Click to expand...

Had that and hated it, also had the HTC Thunderbolt which I also hated. Though I loved my old HTC touch, Touch Pro 2 and the Nexus One. Haven't had any HTC phones in 5-6 years. HTC's heyday was probably 2005-2012. Then Samsung came and ate their breakfast lunch and dinner.
You must log in or register to reply here.
Share:
Reddit Pinterest Tumblr WhatsApp Email Share Link
Top