How big is your Gaming screen?

What size screen do you use for gaming?

Considering jumping up to a 40+" 4k hdtv for PC gaming/console use. Reading reviews on cheap 4K HDTVs working well as PC monitors (Samsung 6300 and Sony x720e spring to mind). I'm interested in going this route because I mostly use my PC for irc/discord, web browsing, and gaming (non competitive) and a tv should also allow console gaming to be upscaled more attractively.
Y

Went from 27" 1440p gaming to 15" laptop. How I miss my desktop but just didnt have the time to justify money invested; ergo, the downgrade.
B

Last was a 27" Acer Predator XB271HU. Couldn't be more pleased to not have an LCD monitor.

65" Samsung 4K/HDR KS8000. Once you get used to gaming on a TV (especially with surround sound), it's tough to go back to a desk environment.

I used a plain old 23" 1920x1080 Acer for years, then the experimenting started. First I got a 28" 4K 60Hz Samsung monitor. But only used it for a few months, dpi was too small, many apps don't scale at all, and many that do did it badly. Then I got a 27" Acer 144Hz 2560x1440, which I'm still using. But my eyes are not what they used to be, I wish it was at least 29-30" with the same resolution.
I also tried a 43" 4K VA screen for a few days but it was terrible. Too large for desktop I only used the middle of the screen because the outsides weren't in my focus. Basically I couldn't comfortably cover that much real-estate, and my eyes started to hurt even after 5 minutes of looking at the screen. It looked great for gaming, but my eyes were still hurting even during that usage.

Q-BZ said:
Wasn't sure what I was going to see in this thread for a moment.
Click to expand...

I wasn't too concerned. Anyone who did so would be hit with the Kyle ban-hammer.
B

I am more of the "can't wait until Freesync and Gsync stop existing so there can be a unified variable frame-rate technology that everyone can adopt" variety. Doesn't help matters when Freesync monitors are so much cheaper than Gsync ones.
V

Until you've tried 4K @ 60hz. In all seriousness I won't upgrade from 4K 60hz until 4K 120hz GSync comes out which will be years before it would even be affordable.
S

Loving the high refresh rate. Having been out of the loop on PC gaming for nearly 6 years and only having 144hz this past year has been a game changer.

HDMI 2.1 will bring the advantages of G-Sync/FreeSync (and higher refresh rates) to mainstream televisions. Hopefully manufacturers start using it sooner than later.

I mostly game on PS4/X1 or through Steam link on my W1070 1080p projector with a 140" screen. Got a Playstation VR last week and have been loving it, not sure what size/resolution that would be

Q-BZ said:
Wasn't sure what I was going to see in this thread for a moment.

Still chugging along with an NEC 2490wuxi with A-TW. I'll upgrade one of these days when I actually have some confidence in what's out there. Or if this thing dies on me.
Click to expand...

No worries this isn't GenMay 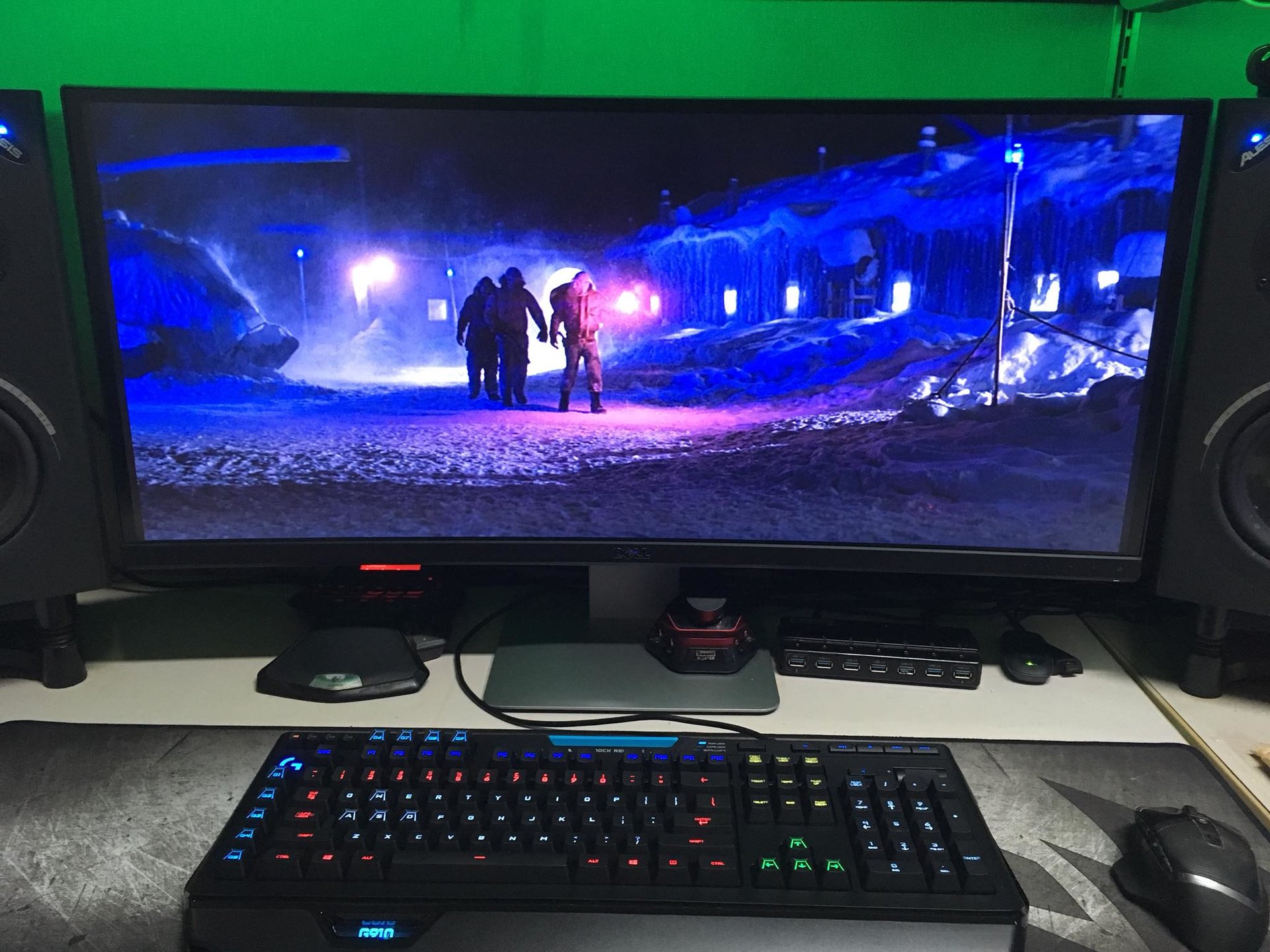 Are you gaming in that resolution on a 970?
D

zamardii12 said:
Are you gaming in that resolution on a 970?
Click to expand...

I say to Chas: Good luck with that.
T

Big enough...and that's all you need to know.
T

43" 4k just a couple of months. 1080Ti seemed overkill for my games at 1440p, so I upgraded. Wish I had more gpu at times, but very admiral job. Round and round we go lol.
You must log in or register to reply here.
Share:
Reddit Pinterest Tumblr WhatsApp Email Share Link
Top