Hard DC'er of the Month November 2021

kamikazi said:
It seems to me that if you purchased a 30 series, but not from evga, you will not be deprioritized. My 30 series was actually from newegg, so I could technically still enter. The 3080 should have been a 12 GB card from the start IMHO. It almost seems like nVidia knew some of this crap was going to happen and left themselves an avenue to string out the 30 series longer than any other series in history.
Click to expand...

Correct - you are penalized buying direct from EVGA, as a loyal customer.

So, good luck all you EVGA que purchasers.
S

undertaker2k8 said:
And only one in CA, none in the bay since 2012... arguably the biggest tech product market in the country.
Click to expand...

Yup, Microcenter and Fry's in close proximity to each other, man those were the days. Granted still a 40 minute drive for me, but often well worth it, 1) gas didn't cost 4+ bucks a gallon and 2) I'd often go to Microcenter to get a sweet in-store only type of deal then swing over to Fry's to fill in some of the other blanks. When they left I didn't even go to Fry's that often either, and now they're gone as well, oh well the internet seems to be the way to order stuff these days, save myself the gas money
U

Hard DC'er of the Month November 2021

flotz said:
So what is the point of giving the EVGA Elite members 24hours early access to their queues?

The de-prioritization seems to negate that
Click to expand...

Yes - if you've bought or stepped up a card from them to the bottom of the list you go so a scalper with a new login can go to the top. It's called equity, I hear.

Looks like I'm keeping my 1070ti until i die at this rate.
U

Ok deal if u want white and can avoid tax from Zotac.
U

I almost have to forgive you because I am going to pick one up. The 3070 is too expensive. 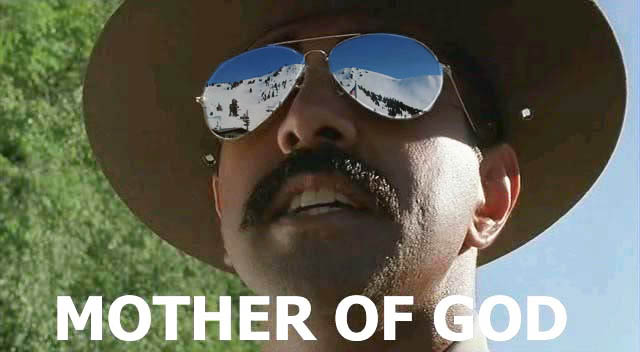 Aren’t ethereum profits down? Who’s going to buy these things?
U

And this is why we can't have nice things.
C

3080 12GB and pricing were inevitable, it proves what we already knew:

1. Nvidia never wanted to price the entry-level GA102 at $700, they were "forced to" bc of the 6800XT and 6900Xt performance with pure raster
2. Because performance was so close to the full 3090 but at less than half the cost, they purposefully skewed production to the 3090 or stockpiled chips for higher SKUs (3080Ti and 3080 12G)
3. AIBs ignored price guidance from the start and priced their custom boards at 30-50% over FE MSRP. The only retailer who stayed close was EVGA at 10% then 20-25% after tariffs.
4. All of this has introduced price confusion to make the SKUs above them look like a "good deal" if you can get them, because they simply discontinue producing the cheaper models, so the overpriced ones become the new normal.
5. Secondary pricing also makes these inflated AIB prices at "MSRP" which are already +30-50% over FE MSRP seem like a "good deal".
6. 2000 series was kind of a dud in terms of upgrade for many 1000 series Pascal users. The only real upgrade from a 1080ti was a 2080Ti (not counting RTX tech), but it was the smallest uplift in performance from gen to gen in a long time, creating increased demand for Ampere 3000 series.

This wouldn't happen in a normal economy where demand subsides and supply increases, but I do believe Nvidia and their board partners are artificially limiting supply to keep demand high which is fueling both high AIB markups and a continued secondary market of 1.5-2x AIB prices and up to 3x FE prices. All the free money and inflation the govt has been printing hasn't helped things either. We need another major recession like the GTX 200 series to reset prices like 2008-2009, but a lot of people will probably end up being homeless or on welfare, which isn't a great thing either.
C

Desperate people do desperate things I guess.
I

What was it priced at? Bought it under $670 shipped plus tax when they had this back in the fall.
U

igl00jx said:
What was it priced at? Bought it under $670 shipped plus tax when they had this back in the fall.
Click to expand...

Yeesh, still the better deal vs the 3070 currently.
V

I feel bad for 2080Ti owners who sold there cards to cheap at the start of the mess .
H

If we can just hold off for the next 6-12 months things should hopefully return to normal. The way I read this, mining with video cards will no longer be a thing soon.

How Ethereum Will Be Transformed in 2022

HardWired1 said:
If we can just hold off for the next 6-12 months things should hopefully return to normal. The way I read this, mining with video cards will no longer be a thing soon.

How Ethereum Will Be Transformed in 2022
Click to expand...

people will mine other coins right? So don't we still need the cards to mine? This is my problem right now since I want to expand but is it worth doing right now or do I want till after the eth changes and see whats required. profits already seem down a lot, at least for me.

https://www.zotacstore.com/us/zotac-gaming-geforce-rtx-3080-trinity-oc-lhr-12gb
3080 12GB back in stock once people canceled after sleeping on it with that price-tag LOL

12, did I win? What contributes to the score? I have a handful of products registered but that's really it.

Choopyplz said:
12, did I win? What contributes to the score? I have a handful of products registered but that's really it.
Click to expand...

They take the top 6 of your primary-owner registered products from each category (by price). They only count products with an uploaded invoice.
They also take your total EVGA Bucks and forum achievements.

How the score is calculated is... a mystery.

Here is what I get for buying nothing but used and open box GPUs for the last few years!

Choopyplz said:
12, did I win? What contributes to the score? I have a handful of products registered but that's really it.
Click to expand...

TheHig said:
Here is what I get for buying nothing but used and open box GPUs for the last few years!

Over the years I've been removing my old cards after I don't use them anymore, just to keep my list organized.

TheGardenTool said:
Nah I got a 0 since it looks like it doesn’t count anything prior to 1/1/19.
Click to expand...

The time limit to get score from products is 3 years.
V

Can someone advise the best strategy for a BestBuy drop? Do you just do a search for the card you want and keep refreshing for hours?
A

I'm assuming Tu Madre is the owner of the referral link that's used in the NerdSpeak server. They are the head admin of NerdSpeak, iirc.
Probably been farming EVGA Bucks this whole time.