Downsizing from a full-size ATX tower to a mITX Ncase M1 and trying to reuse as many of my components as possible. Also removing my custom water loop and going back to air - with a Noctua U9S CPU cooler and, since I didn't have an original fan shroud for my GTX 1080, an Arctic Accelero Xtreme III GPU cooler.

After watching a few OptimumTech videos where he presented the best air cooling scenario for the M1, I decided to emulate by removing the triple-fan shroud on the Accelero and instead bottom-mounting two Corsair ML120 fans as exhaust. (There's basically no gap between the bottom fans and the heatsink of the Accelero. I figured I could pretty easily connect the ML120s into the fan connector on the GTX 1080 (it's a 4-pin connector but a "micro" version, so I just snipped the connector off the Accelero and soldered it onto a fan splitter, then to the fans.

So, on boot, everything works, but the fans seem stuck at 100%. I downloaded MSI Afterburner and setup a custom fan curve, which should keep the fans static below 60 C on the GPU, but the fans aren't slowing down even though my GPU temps are around 20 C in Windows and never go above 43 C while gaming.

Wondering if maybe I just have Afterburner setup wrong? Also not really sure what the yellow dotted lines are supposed to denote? 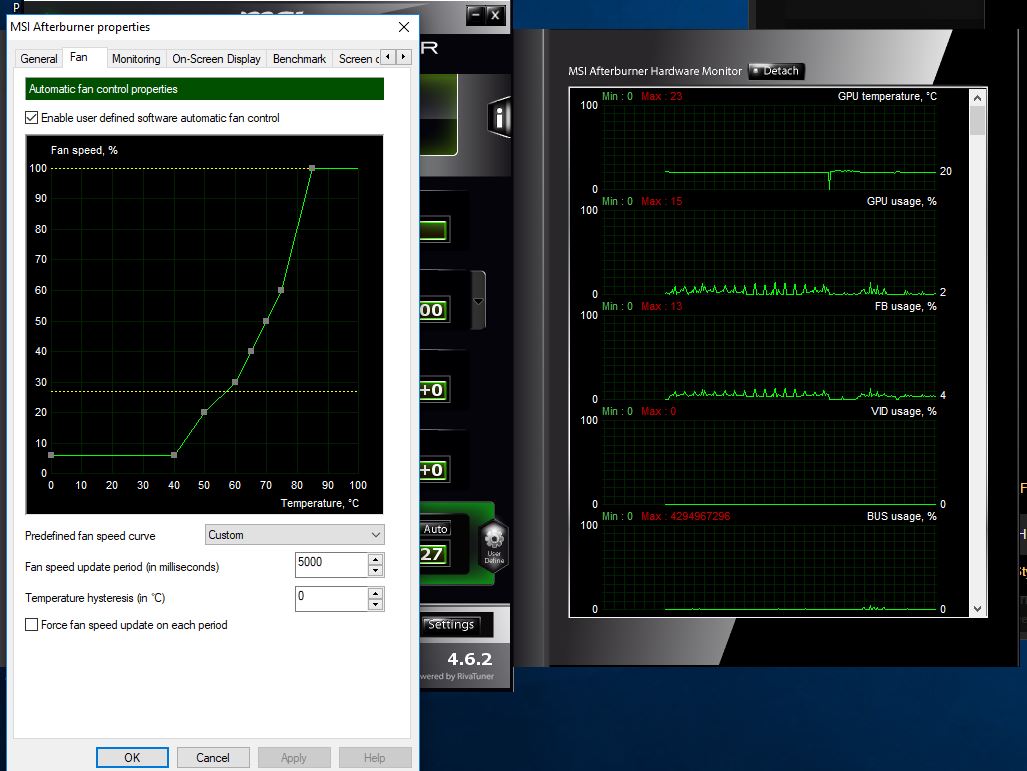 Here's my main Afterburner screen. I've enabled the custom fan curve but it appears no matter what I do it shows "27%" as the fan speed value. 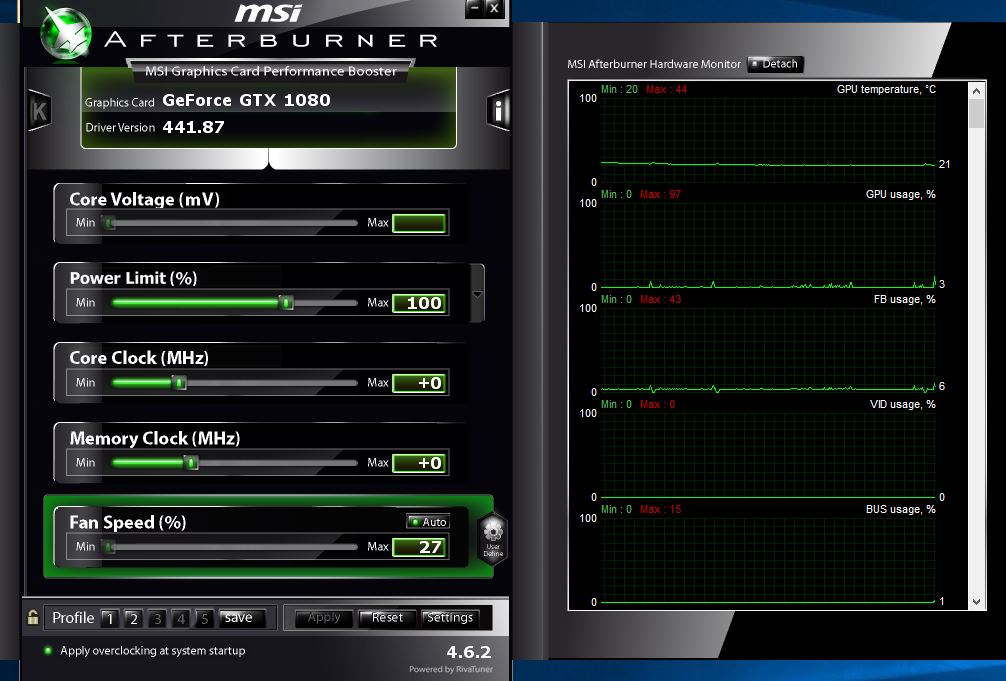 SOLVED: My 1-to-3 fan splitter only includes RPM on one output, and it was the one I wasn't using.
You must log in or register to reply here.
Share:
Reddit Pinterest Tumblr WhatsApp Email Link
Top