Games you play that you never get "sick" of?

end this thread. TA is second to none
T

Burnout Paradise and NFS HP2 does it for me.
D

Tales of Symphonia
B

Full throttle, any of the space quest or leisure suit Larry games.
P

HoN, and the Original Dota but I no longer play WC3.

I go back and play system shock 2 every couple of years. Funny thing is I never even vary my play style in that game.. Same stats, same upgrades, etc. The story and atmosphere is absolutely amazing for me.

Diablo 2 is a fun game for me to play on and off. Although with Diablo 3 out I wonder if the community is usually played with all these years finally died? That would probably end that for me.
H

Skyrim because I spend more time adding new mods and try to make them work all together than actually playing the game....
C

With almost 900 hrs clocked of Battlefield 3, I'm gonna have to say any Battlefield game to date 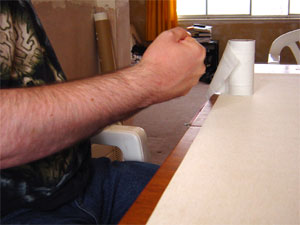 ///AMG said:
HoN, and the Original Dota but I no longer play WC3.
Click to expand...

why not play dota 2?

Not sure how, but Vanilla WoW. Been playing it for years, and still play on and off to this day ><

Also, Mount & Blade somehow always seems fresh. Been back to that game tons of times.
L

Defense Grid: The Awakening and all the downloadable content. Love it....mindless entertainement!
O

And I hate to admit it, but Sims Franchise crap. Sims 3 (no expansions) is my go-to "I am sick of life and games and tv and everything and I need to decompress for two hours" game
T

Nice choice, one of my favorites.

I would say I'll probably never get tired of SC2, there is always something user generated no matter what my mood.
D

Never get sick of defense grid.. however I do get frustrated and need breaks but will always come back to try to beat my old scores or try different strats..

I call BS.. DG is far from mindless.. it is in fact the opposite, it requires a lot of mindful thinking and strategizing to be really good
D

I still play COD MW 1 all the time on PC, it's just simple and loads quickly, I never get tired of fragging. I haven't played blacks ops 2 yet either.
I

the only game in the past 3 years i have not been able to get away from is street fighter 4. you can never be good enough!
D

Well, Assassin's creed 2 is a game that i never stopped playing.
G

Heroes of Might and Magic 3 is still on my drive and Masters of Orion 2: Battle at Antares is there as well.
Click to expand...

Same as me, except I replaced Civ 2 with Civ 4.

It's all about the TBS games. Civ 4, HOMM3, Master of Magic.

Games that I play a lot / repeat play a lot but I can't quite put in the same category:
Final Fantasy VI
Chrono Trigger
Any Dragon Quest game (especially 4/5/8)
Baldur's Gate II (I've replayed this many times but never quite actually finished it...got a game at about 90% complete right now at home...)
T

If steam had them, I would add:
Dungeon Keeper 2
System Shock 2

Items that fell off the list in recent years:
WC3 Dota. Dota2 is fine, just doesn't resonate with me like the WC3 version did.
Fallout 3
Gothic series
Dragon Age 1 Complete
V

Portal 1 and Portal 2, which the ability to either make custom maps with Hammer or the Portal 2 custom map editor, the game never gets old since I like to figure out the puzzles.
L

Adding on to my first post...
Rollercoaster Tycoon 2 - Never get sick of making crazy parks. I even invented a fictional theme park company. The parks are all split into various color-coded areas that follow certain themes. All are presided over by a special character whose name is posted on a huge sign at the entrance to the area. I often hire an entertainer, give them the name of that character and assign them to roam their little corner of the park forever!

The Sims - When I'm in the mood for something casual, The Sims games have always been there for me. I've probably spent 200 hours in TS3. My biggest family tree so far has spanned eight generations and probably forty or fifty sims

Portal 2 - I played the first game a lot, but this one for me has a lot more re-playability. I've been making test chambers too, and my latest one is not quite terrible. About 15 hours have spent creating test chambers/playing community chambers

Skyrim - 200 hours so far across only two characters. I haven't played it consistently since it came out, but it's a game I'll keep coming back to. At least until TES VI comes out.
M

Need for Speed Most Wanted love it!
T