games that were on your school computers

I did get a teacher in grade school to install Math Rescue which was an Apogee published side scroller I played all the time at my house. Teacher didn't know that you could turn the math off and play the game

Oregon Trail, obviously. I'd buy 999 boxes of ammo and hunt the entire time.

Then some mining cart game. You had to setup a series of ropes and pulleys to load the full mining cart out of the mine.

My first access to a computer lab at school was 4th grade, using Apple IIe's. I was in 4th grade in '96, so they were pretty dated at that point. Not even sure why they still had them. Students were allowed to go in there and play games before school, I was in there almost every morning. Oregon Trail was an obvious favorite, but there was another game called Odell Lake that I always tried to snag first. Sabotage was another really good one too. In retrospect it's kind of odd they had that one since it's in no way educational... but it sure was fun.

By the time I hit 6th grade, there was a proper computer lab. The stand-outs I remember are Gizmos & Gadgets, Zoombinis, and Lil' Howies Funhouse. G&G was the best, definitely the one I played the most.
Last edited: Jul 13, 2020

How can I forget Chopifter! one of the few computer games that got ported to the arcade!

I remember our teacher letting us play sim city on mac in 5th grade.
J

We had the best. Counter Strike and Half life. Good times.

Forgot this one too, Kraken: A Deep Sea Quest (1989), spent many hours during holidays at my mums work playing that (my imagination made it much more exciting lol) and some Apple 2 archaeology game where you could play in the 1500s and as an current day archaeologist, was good fun. Few others too. 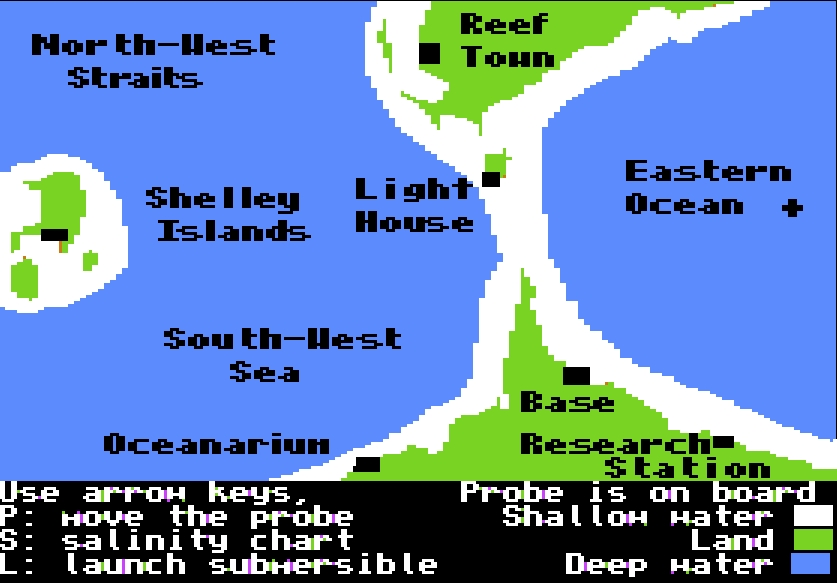 Oregon Trail, some stock game on an Apple 2e, Scorched Earth, then in high school we played Doom 2 on BNC and senior year got to play Quake Test on the lan.
N

Oregon Trail, Word/Number Munchers, Where in the X is Carmen Sandiego, and 3-4 versions of Jeopardy were the ones I remember from elementary and middle school. Those were all Apple machines. It seemed like such a good idea to win kids over, but apparently that strategy didn't work.

In high school, someone put the Wolfenstein shareware on a few of the PC's. It ran like absolute trash and I only played with pads/sticks in those days, so I never even bothered.
A

cybereality said:
In my junior high we had apple IIe machines. They were locked down, but my friend had the principal's password and we'd go after school and "hack" the computers to play spectre vr.

Never expected to see that one come up. my dad used to run a software business from the basement when I was a kid in the 90s. he got a Mac for doing a single contact and (surprise) another apple job never came up. I inherited the Mac and this game was on it. It was fun, very challenging.

Also had some f-18 hornet sim and marathon on it.

The computers were all Apple IIe's (though in HS, CAD was PC/IBM and the graphic arts/printing class used Macs) when I was in school and I only remember two, Oregon Trail and one called Car Builder where you designed a car and then had the computer tell you how well it performed etc. 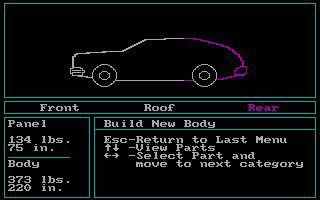 IcePickFreak said:
The computers were all Apple IIe's (though in HS, CAD was PC/IBM and the graphic arts/printing class used Macs) when I was in school and I only remember two, Oregon Trail and one called Car Builder where you designed a car and then had the computer tell you how well it performed etc.
View attachment 265090
Click to expand...

I had a car builder program like that in middle school also. Mine looked newer then that but was pretty cool. Had a girl just make something pretty and no fucks given to aerodynamics or anything and her car beat us all lol.

I was the Jr IT guy at a school for troubled teens ..they had 12-20 yr olds there .. I scavenged the best parts from around the campus, as well as brought in a bunch of my gear I had laying around and made about 12 or so "gaming" computers .. I installed Vista pre-release on them all (and they all ran really good) and Halo:Combat Evolved .. when the kids were done with their school work assignments, etc .. I let them play some LAN Halo and would often jump in with them .. both boys and girls had no qualms about handing my buttocks to me .. It was the funnest job I ever had .. pay sucked .. but that's besides the point. Kids had a blast and it was a nice "get my mind off the fact that my parents are to concerned with making money than being my parent" getaway from program life.
Last edited: Aug 3, 2020

There was a slew of LAN games under the radar in my uni's computer rooms e.g. Doom, Quake I/II/III, Panzer General II(?), AoE 2. Unfortunately/fortunately, I hardly had time to play between study, work, and sports. It more annoyed me than anything. The few times I had to research (LexisNexis was my jam back then) and was rushed to print reports in the rooms it took ages for people since the few ever-present LAN players were monopolizing bandwidth 24-hrs/day. I never understood how they had so much time to waste. I recall threating to put a net admin's head through monitor for telling me "the network is just slow today" while he and five others were just sitting there playing Quake 3.
S

I went to a school where there was a desktop in every room for every student.

We played a lot of AVP and Counter Strike.

In first or second grade, the school had some Apple computers with Number Munchers and Where in the World is Carmen Sandiego.

Man so many youngsters on this board.
Game son our school computers can be summed up this way. What computers? BTW what is a computer anyway? Why would we want to use a computer that took up the whole room?
By the time most of you were playing I was already the guy only allowing certain approved games on the computers and cleaning up after kids who tried to install others!
H

I found Age of Empires 1 demo on a network share and spread it to a few buddies so we could play mp on the only map available. Computers in the lab didn't have a cd drive, so I brought the full game on something like 37 3.5" floppy disks
G 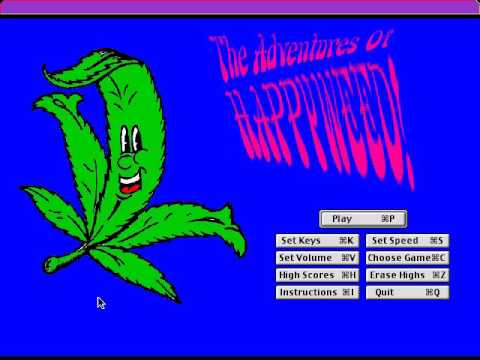 That's all I can remember, and that was elementary school. The computers at my high school were strictly no-fun machines. .-.
V

Word Munchers, Oregon Trail, Math Munchers, all of an Apple LC III back in the early 90s in elementary.

Doom and Quake in middle school. The high school computers were locked down tight.
J

In elementary school, the "computer lab" had only Apple II clones (Franklins I believe). They had Carmen San Diego, Oregon Trail, etc. Nothing exciting. I had a C64 at home with about 500 games or so. When everyone else got excited to go to the computer lab, I always grumbled. I had an extra class though, that had a IIGS, and while it didn't have too much more, it did have things like Artillery, and some other slightly more fun games. Still not very exciting though.

In middle school, I didn't really have much at school computer-wise.

In high school, we had 486 DX2 66es in every room. I'd sneak in a bit early, and put Doom and Mortal Kombat 2 on them when I could. Some of the teachers didn't care, but I did get in quite a bit of trouble by a few. We had a drafting/tech-ed class that had decent computers for CAD, modelling, and animation. Plus an Amiga that someone donated. I played tons of games on those because the teacher was pretty cool. I still had better gear at home though, so it was mainly to pass the time, or play some games when I was skipping other classes.

Number Munchers on the Apple ][ I believe. Later on it was "Where in the World is Carmen Sandiego", "SkiFree"... But we weren't allowed to play them, or even power them on ourselves. We were only allowed to retype the spreadsheets, reproduce sample documents that were in the books and that was it.. None of these fancy text editors either. 16 colors, bold text turned blue, underlined turned gray on screen. If you were one of the kids who got stuck on a black and white, it was varying shades of gray. The 2 kids that were caught 'playing games' were stuck with handwriting all the spreadsheets on notebook paper with hand drawn lines for the rest of the year after spending 5 days in detention.

Computers were prohibitively expensive and only the elite kids got to do other stuff with them. 2,000 kids (6-8th graders) had to share 21 computers.
K 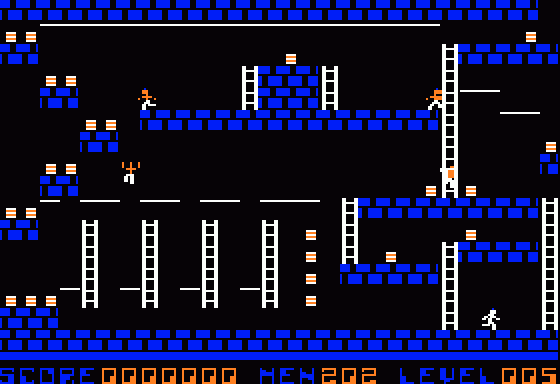 Except it was on a green monochrome monitor.
J

First time seeing Doom was on the school pc... I also remember kids trying to get past the first screen/test on leisure suit larry
P

Skifree is probably the most memorable for me.

We only had one computer in the break room. Me and my friend played the crap out of Liero.
We occupied the computer all the time. Everyone was pissed, but the two of us were the only real gaming nerds and there was no discussion. The computer was ours.