What are your guys favorite flight sims and why?

Im a long time FSX user, and heavily invested in payware add ons to FSX. But its getting long in the tooth so looking for newer options with something a little newer than dx9 graphics, but nothing i try has the level of detail as the old FSX with some add on's.

FSW looked promising until it went early access and already selling DLC before they even announced a launch date for the game which pretty much killed my enthusiasm for it, maybe it will turn out ok but IMO selling DLC to a incomplete game without a release date announced is just ridiculous and stupid. Make the damn game before selling DLC, release day DLC is bad enough but pre release DLC is just insane, whats next selling basic game updates as DLC?.

XP 11 also looks good but is seriously lacking in land/airport detail vs stock FSX let alone modded FSX, i do like the physics though, way better than FSX and FSW in my opinion.

I am willing to invest in payware add ons for a newer sim but nothing out there right now seem to be worth that investment. hopefully you guys can suggest something i missed.
T

Because they were awesome.

Im a mix of FSX and X-Plane 11, FSX has tons of freeware addons, but X-Plane comes with default sloping runways, there are some sloping runway addons for FSX, but very few it would seem and freeware scenery makers dont always advertise that feature.
M

I use a few different ones and recommend them all:

P3D4 is great. I don't have time like I used to to try and learn various sims.
K

It's weird, but I used to have a REALLY old game called Megafortress and you had to start up your B-52 and take off just like you would in real life. (Think the base was under attack while you were doing so) If I remember correctly, you actually had to do most of the procedures it would actually take to fly it.
Would love to have a flight sim that had that much detail in it again.
As for current ones, I have and like FSX and I-L2 which I like to play every so often.
W

What about Plane X?
K

DCS for flying (I think it is generally agreed that it beats anything out there when it comes to choppers, but it also has fantastic jets and prop planes) and IL-2 Sturmovik for quality WW2 dogfighting - that basically covers it for me.

Web4Life said:
What about Plane X?
Click to expand...

I used to play it when it was still free, it was pretty good, then they went full on mad with the pricing. I wouldn't mind paying a price for it but they're asking a leg and an arm. It was good, but not that good.
B

Can't comment on anything newer, but I used to really like Aces of the Pacific and Aces over Europe. Also Secret Weapons of the Luftwaffe and most of the space combat sims such a Wing Commander, X-Wing, and Freespace.
Y

P3D would be your best bet, as a lot of your FSX add-ons may work in P3D. Most aircraft will need to be repurchased, but a lot of sceneries will work as.

Though I think DCS is going to be my new favorite, if their F-18 sim turns out to be as great as it looks so far.
S

A little outdated. However.... that was the first flight sim i ever played in my life, LOL.

Thanks for the suggestions guys.
M

yea was first one for me and most memorable. from flying a sopwith camel to landing a shuttle. the canyon run so many fun things. to me its the original Pilot Wings
K

Aces of the pacific......That does bring back memories. That's the one game I'd love to see a modern remake of. (Dive bombing a Japanese carrier was fun)
A modern Red Baron or the Secret Weapons of the Luftwaffe would be fun also.
One of the first flight sims I ever played was gunship. Remember coming back from a mission with only one engine barely operating and it took forever to get home, but it made you feel like you'd done something special.
T

Yeah I really miss the old sims that had a decent campaign, that also had a bit of story to it.
S

I used to play it when it was still free, it was pretty good, then they went full on mad with the pricing. I wouldn't mind paying a price for it but they're asking a leg and an arm. It was good, but not that good.
Click to expand...

Seluryar said:
X-Plane 11 is only $40 on steam right now, but its only on sale for a few more days, then it goes back to $60 which I wouldnt call a mad price.
Click to expand...

Thanks, I think I'll pass. I'd not want to spend more than 20-25 on something like this. Knowing that I'd play it maybe 15-20 minutes and then not again for months.
T 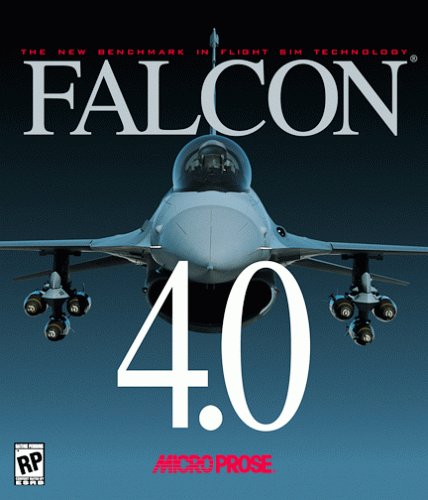 And they are releasing new fighter jets soon. The F-18 Hornet. And the Top Gun F-14s, with carriers too! Should be badass.

Fleet Defender was my favourite jet sim in the early 90s because I liked the CV landings. DCS is good for high fidelity but they overcharge on individual planes so won't be buying any more planes for it unless it is an Apache helicopter on sale.
S

Enemy Engaged Comanche Hokum (plus Apache/Havoc)- primarily for the dynamic campaign goodness. Graphic usermods have kept it alive since 1999 and it still works great on modern systems. (you can still buy it on GoG) It is not Longbow 2 or Black Shark accurate and high-fidelity, but it's no arcadey-sim either.

Throwing this in the thread for giggles. seems semi-relevant. Ultrawide users will like.

What's weird is that I found my old Falcon 4.0 instruction manual while going through some old stuff. (Has like a 100+ pages) Amazing that they used to have all this in-depth documentation while today were lucky to get one with more than a few pages.

Falcon 4.0 is actually still a solid platform for modern air combat with the BMS mod. It really updates the game quite a bit, and you get Falcon 4.0's dynamic campaign which IMO is a huge plus over the DCS stuff, not to mention it's more than just the F-16 at this point. If OP is looking for modern air combat, it's definitely still worth a look.

However if he's more into civilian flight, it's esentially FSX, X-plane, and P3D left there, and FSX is definitely getting long in the tooth there.

I also agree FSW is a bit disappointing with the DLC stuff already. That game is based off of the MS Flight game MS released a few years back and followed up with mostly non-cockpit view WWII planes to fly around Hawaii before abandoning it. Which was unfortunate because it actually was a decent foundation, especially for the bush pilot type stuff since the runways weren't always nice flat areas to land and take-off from, which could be quite challenging with weather thrown in. That said, I haven't played any versions of FSW, which is Dovetail Games shake at that engine.
W

Don't think Aerofly FS 2 Flight Simulator has been mentioned. Anybody play it?

Have it, love it. Cool assortment of planes, great graphics (I only play in VR), and you can easily set it up with an Xbox controller if you want. I jump in this to relax and just see some sights for a while.

Got that too! I really like it so far, but there isn't much to do at this time. You can fly around the maps and practice landings, but it has a ways to go. Much more accessible sim level than DCS.
R

Rifter0876 said:
I am more looking for a civilian simulator but do occasionally play military simulators as well, the military simulators bring back memories from the F-117A game i used to play as a kid on my 386, that was the first time i used a joystick on a flight sim.
Click to expand...

I bought X Plane 10 right before X Plane 11 came out, and I really wasn't impressed. I went back to FSX... And then I got back into MMO's and forgot about both. Though... KSP can be a flight simulator with the right mods...

A company in the UK has apparently purchased the rights for both FSX and the Flight Simulator brand from Microsoft, and was supposedly working on a new version of it. However, I don't know what happened with it... Dovetail games? I guess they were able to get FSX put up on Steam.
You must log in or register to reply here.
Share:
Reddit Pinterest Tumblr WhatsApp Email Share Link
Top