Echodyne Wants to Test a Drone Tracking System at the Superbowl

Citing an FCC application on Sunday, The Guardian reports that Echodyne, a company based out of Seattle, wants to operate experimental radar "'in the immediate vicinity' of Mercedes-Benz Stadium to 'alert security personnel, including federal officers, of any unidentified drone activity during Super Bowl LIII.'" Local authorities say they have a "zero tolerance policy" for drones near the event, which isn't suprising, given the recent incidents and shutdowns related to rogue drones. While the decision to use the radar at the superbowl is still technically up in the air, Echodyne's CEO said "Our system is definitely something you're going to see on stadiums, no question. If you're trying to secure a facility the size of a stadium or a prison or oil refinery or an embassy, then something this size, with this range is absolutely ideal."

They posted a short clip of their tracking tech last year, which you can see here.

Echodyne says its radars can detect, track and identify flying objects, discriminating between possibly dangerous drones and harmless birds or balloons. That information is fed to devices that attempt to jam the drone's control or navigation signals, or to attack drones using nets. The US military has even developed counter-drone lasers to shoot offending aircraft from the sky... Echodyne's radars use so-called metamaterials - composite materials with complex, repeating structures that can manipulate electromagnetic waves and steer radio beams very precisely. At around $150,000, Echodyne's system is about 20 times cheaper than the Israeli military systems that the British army was reported to have used to end the Gatwick incursions last month. The company is hoping to sell the devices to prisons, public venues and even the makers of self-driving cars.
K

lots of talk about shooting down the drones, but over populated areas, thats gonna be a whole other issue.
D

So to get a drone to a stadium protected with this gizmo, I hang it from a 'harmless' balloon until close to the target? Requires a little research on winds aloft and such but fairly easy to do.

And 2nd on the falling debris issue from shooting down drones. Plus the laser doesn't magically stop when it hits a target. Long odds but the anti-drone tech might do the terrorist's job if the beam misses the drone and bags the cockpit of Flight 432 on final to FooBar International.

Deploy an array of Phalanx CIWS in over lapping kill zones around the perimeter.. Just make sure the 'friend or foe' identification is cleared properly for the blimp. 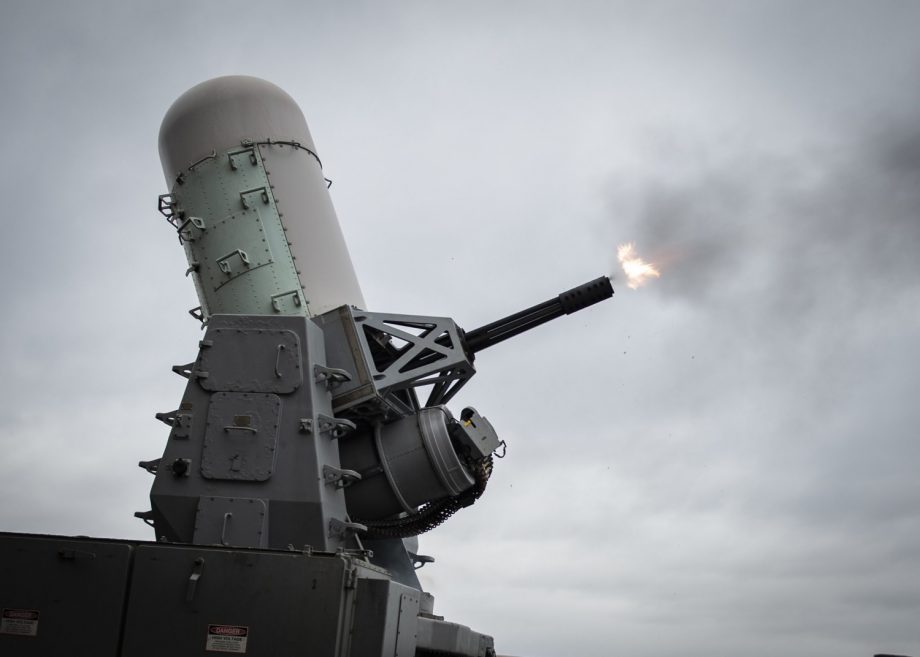 modi123 said:
Deploy an array of Phalanx CIWS in over lapping kill zones around the perimeter.. Just make sure the 'friend or foe' identification is cleared properly for the blimp.

I haven't watched much the last couple years, but it's been a few decades since I remember seeing a blimp over a sports game.

Heh.. yeah nothing is allowed to fly over the Superbowl.. well except for usual flyover.. I want to say that kicked in late 90's or early 2000's.
You must log in or register to reply here.
Share:
Reddit Pinterest Tumblr WhatsApp Email Share Link
Top