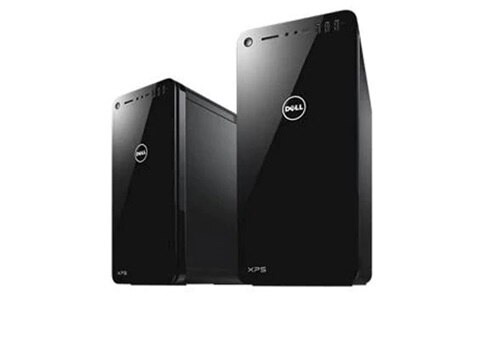 This one even looks a little better

Note, refer to the forum thread for additional deal ideas and discussion.

The lenovo wins spec wise at the loss of an hdd. Does anyone know the expandability of these boxes?
S

Jim Kim said:
The lenovo wins spec wise at the loss of an hdd. Does anyone know the expandability of these boxes?
Click to expand...

Looking at those cases and my experience with some of the older generation Dells, your limits will be anything that takes a beefy amount of power like a gpu or needs a ton of slots. Also card length is usually a bit of an issue for the longer cards like gpus.

I have an 8930 XPS desktop in the office, it can be expanded storage wise.

CPU heatsink is limited due to clearance issues. It’s all 80mm case fans (1x at top) other than unfinished slots in the front (2x 120mm) Meaning they don’t have actual mounting options but they have the honey comb venting. I put one at the bottom as intake with Velcro.

GPU would need a new PSU due to 6+2 availability. It will fit an OEM blower cars just fine. I would not use open air GPUs in the Dell. It has limited venting and a single 80mm on top as exhaust. The PSU pulls air from outside the case, not inside.

It’s fine for office work or light gaming but it’s certainly not a center piece for anything. CPU will skyrocket to 99c before lowering the turbo in any heavy tasks. It does not thermal throttle though. I have the 8700, paid 900 for it over a year ago with a 1070 Ti 512SSD. I do work on it and generally rely on Dell on site warranty.

My gaming setup is obviously very different lol. I would not get these for gaming or to part out. You’d be far better suited doing a custom builder like Cyber Power or something cheap if you want a prebuilt. Playing games on these are far louder than just a blower GPU. The 80mm fan on top with the small CPU heatsink are also pretty loud. That’s never the case in more custom solutions.
Last edited: Oct 13, 2019
S

It's the 8GB RAM that gets under my fingernails. I rarely have a use for 8GB, and after replacing it with 16GB your sunk cost is up there with a home build system.
You must log in or register to reply here.
Share:
Reddit Pinterest Tumblr WhatsApp Email Link
Top