So full disclosure... this was my first re-paste and because of that I don't have AS MUCH data for you guys from before I repasted.


So the first thing I did was do a Firestrike score right out of the box without any modifications on this guy after reinstalling a fresh install of Windows 10 on a new nVME drive. The results are below: 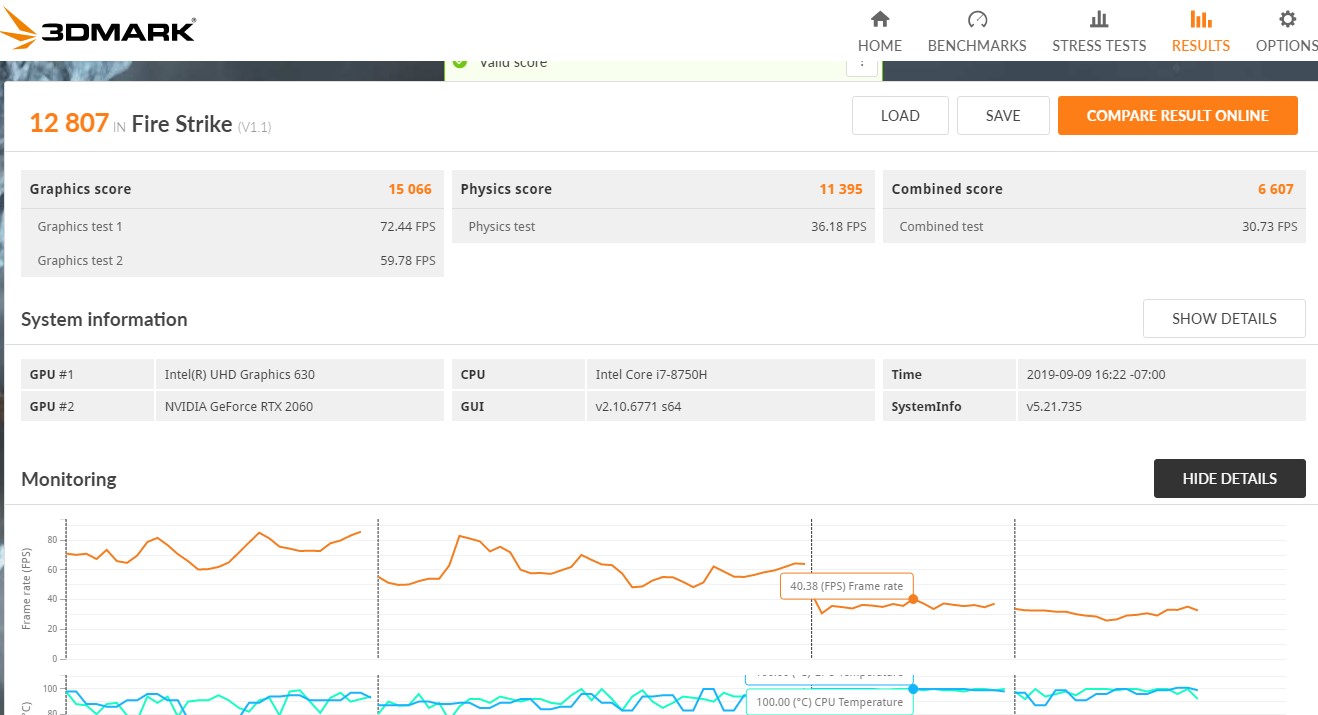 Now here is the same test run after I re-pasted: 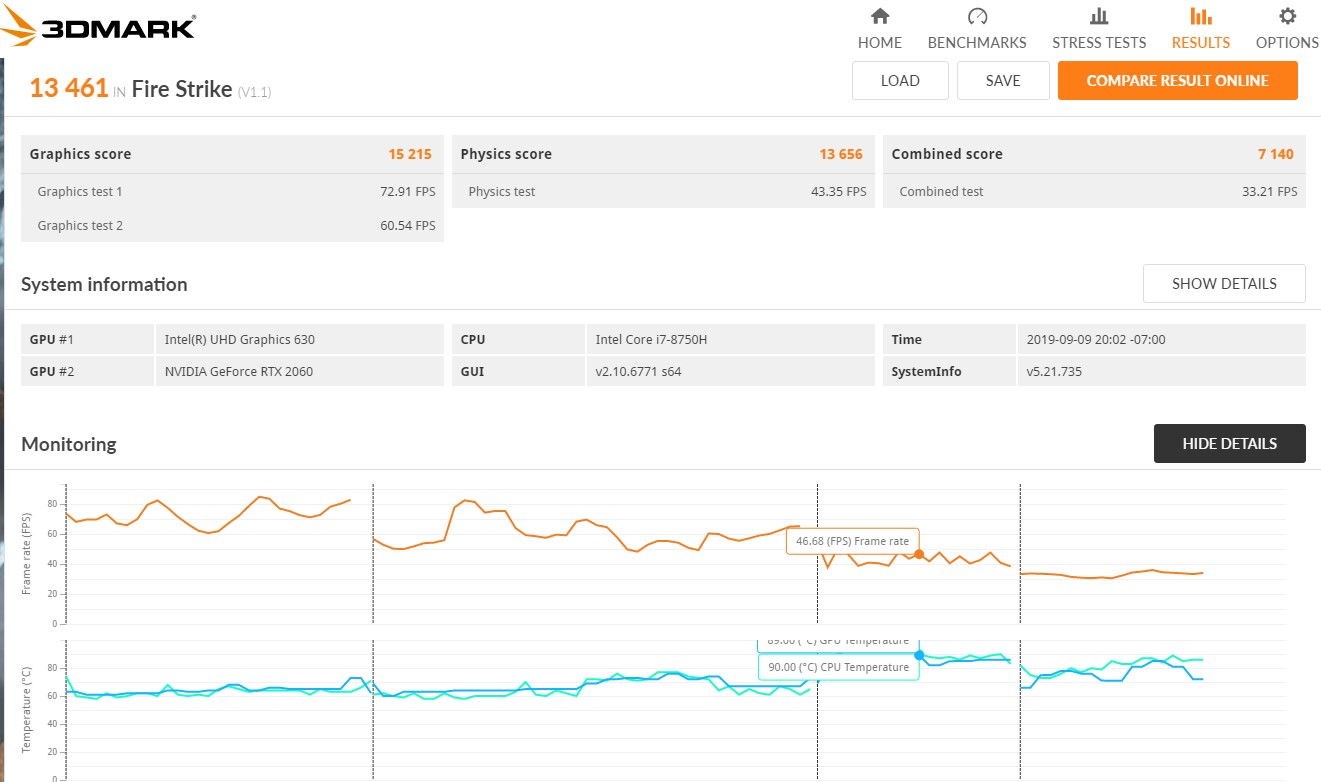 Now pay close attention to where the CPU and GPU STARTED from. The darker blue line is the GPU. The CPU started the test right around 70c and the GPU started from around 65c I think. The highest temp that was achieved during the test was 90c and that was for 2-3 seconds and went back down. Most of the test the temps hovered around 75 or so while the other test AVERAGED around 95c. HUGE difference! Also the Firestrike score increased by 654 points from 12,807 to 13,461 without changing anything other than the thermal compound. No overclocking or anything.


So all this being said I do not know what the idle temps were before repasting. I regret not thinking about before repasting, but perhaps someone else with a non-repasted 7590 can chime in on their idle temps. My current Idle temps using the "Optimized" profile in Dell Power Manager is 64C.

If you are interested I used the Arctic MX-4 paste, but I honestly think any of the popular thermal pastes is an improvement over the stock paste. The fans don't come on as often, but I feel the fan profiles are still off... at 65c I hear the fans on. When it starts bothering me I change from the "Optimized" profile to the "Cool" profile in Dell Power Manager and then it's good again.


Dell, you REALLY need to address this. I have had many Dell and Alienware gaming laptops over the last 2 years or so and they ALL have thermal issues... a couple bucks more cost to each laptop for better thermal compound out of the factory would be a huge improvement.

**UPDATE:** I have used Throttlestop to under-volt the CPU and my idle times are VASTLY improved as well as the overall temperatures. My Idle temperatures using Dell's "Quiet" profile is now between 50c and 55c. If I change the power profile to "Optimized" the idle temps hover around 45c - 50c. They also stay in the low 40s and mid to high 30s at times when the computer is just sitting there.

I also retested with Firestrike and the result is below:

This time the HIGHEST the temps ever got during testing was 83 degrees on the GPU and the CPU never went above that either. These are phenomenal results. And the Firestrike score went up a little bit too... from 13,461 to 13,658. I ran AIDA 64 Extreme for a couple minutes to test and the results are similarly astounding there... Before undervolting the Max temp reached 95 at times, but now after undervolting the temperature never reached 80c. Highest it got to was 79c.

I will experiment with overclocking the GPU next, but I won't be posting about that likely unless someone here really wants me to.
Last edited: Sep 12, 2019
You must log in or register to reply here.
Share:
Reddit Pinterest Tumblr WhatsApp Email Share Link
Top