I was commissioned a couple of weeks ago to make a replacement for the apparently super hard to find 8x 120mm fan tray for the Obsidian 1000D case. Since few 3D printers have a large enough bed to print the entire tray, I opted to make brackets instead so the fans are self supporting. The commissioner said it was OK to open source the design so everyone could use it, as long as it's non-commercial.

You basically sandwich the fans with brackets on both sides to make a complete assembly. I only had four spare 120mm fans on hand so I could only make half of the assembly: 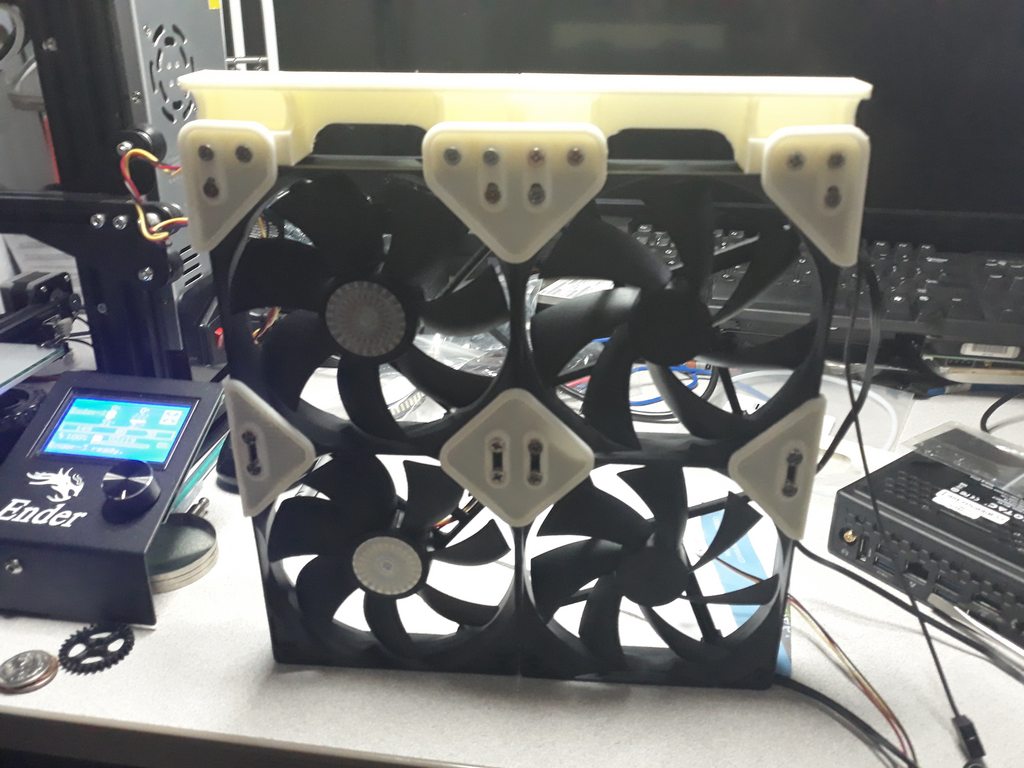 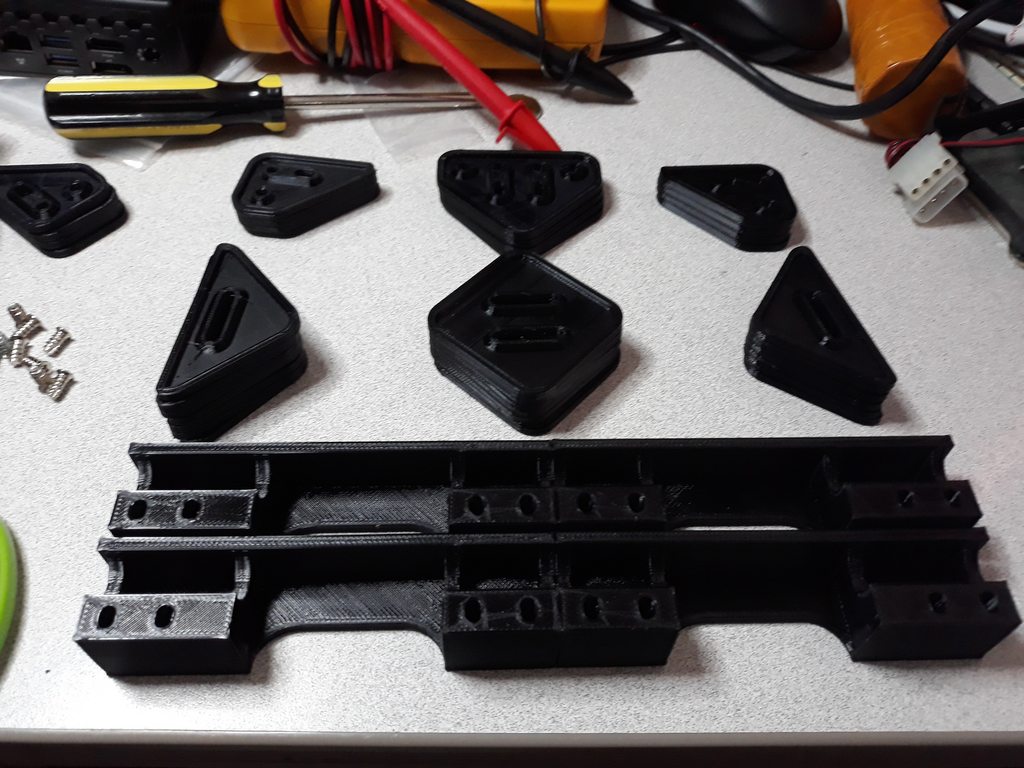 These were made based on measurements the commissioner gave me, so I can't be sure they work. He lives in another country so I'm still working on shipping him the final set in this picture. The 3ds max source file is included on Thingiverse if something needs to be adjusted.

The screws are standard case fan screws, you just need a shitton of them. If my maths is right, you'll need 96 screws.

I hope the dimensions turn out to be correct, but haven't gotten an feedback from owners of the massive case yet.
G