There aren't too many nice amplifiers out there, that compete with the Creative Sound Blaster X7 in the mainstream gaming market. The styling of the X7 isn't for everyone, nore is the space required. So I have been looking for something similar for a while now, with a Mic input and clean simple styling. On top of things this is SFF, most of us DAN case and Hammer Case users don't even have a Front Audio Jack. This solves the problem for driving some exotic Headsets. 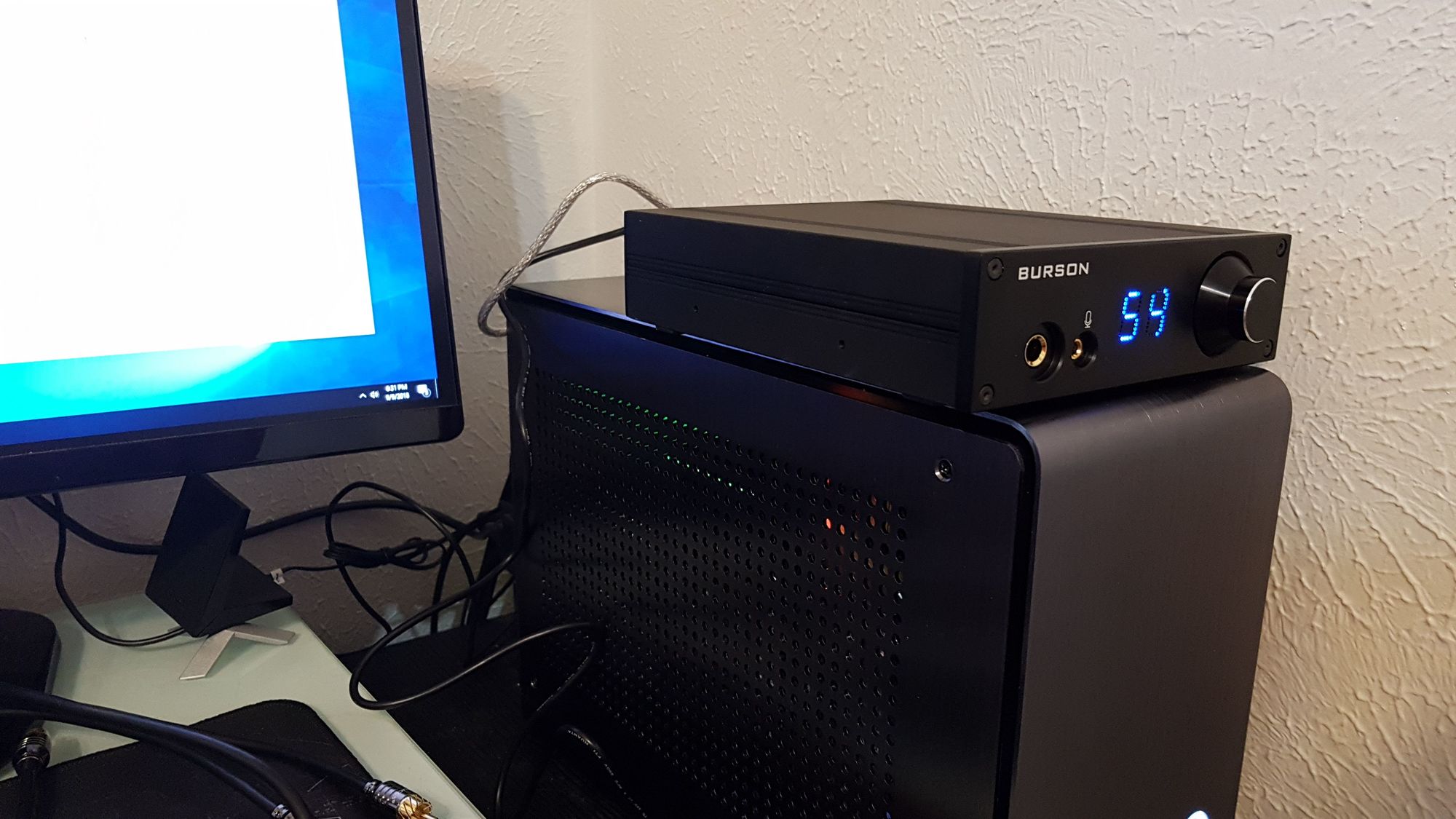 So a friend introduced me to the Burson Play AMP/DAC. So the idea here is to borrow old tech and introduce it back into Gamers and Computer Users ecosystem. It seems very basic but well executed if you think about it. Power and Clean Audio and options to be an Audiophile. 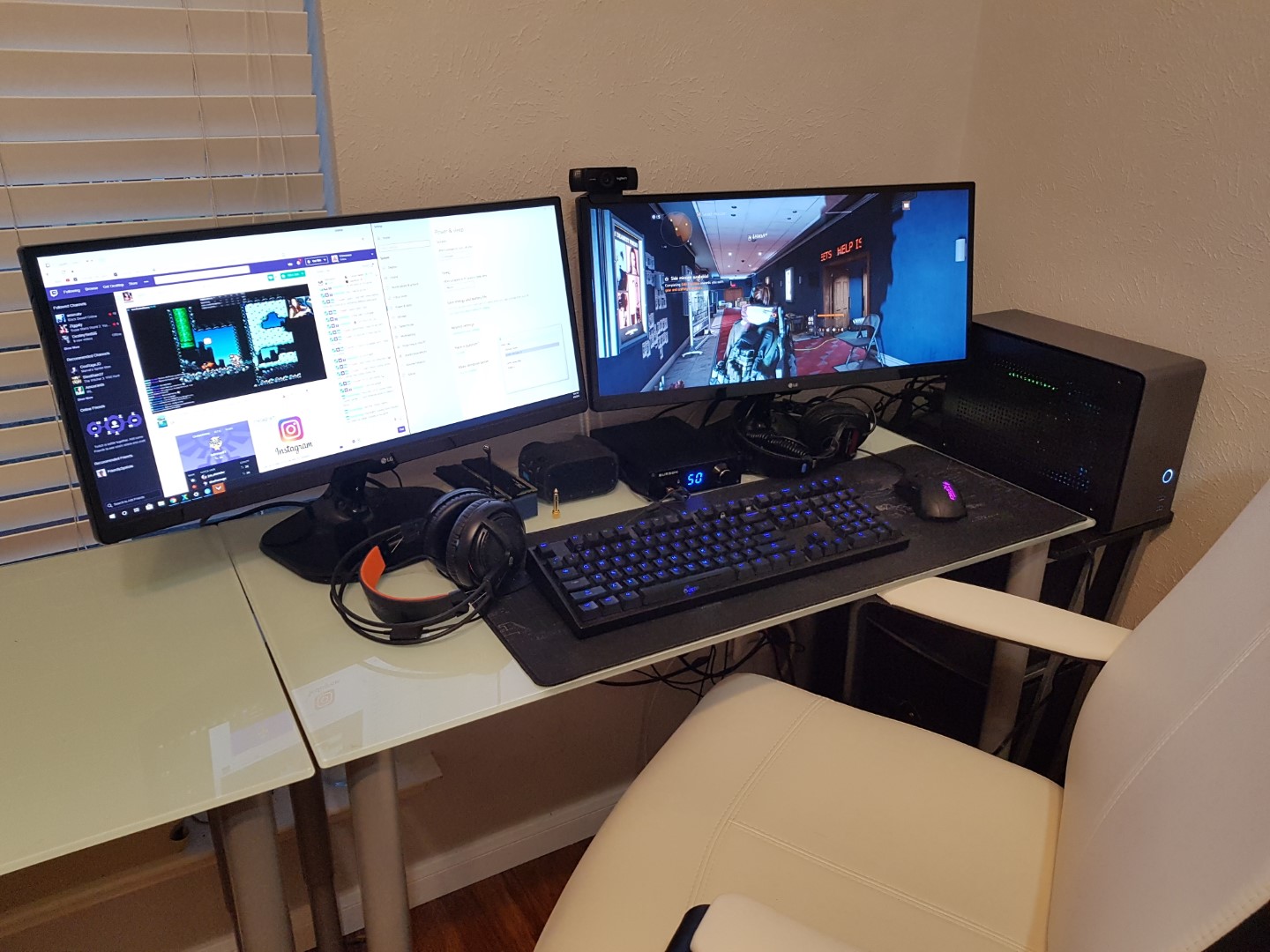 I must say it was a bit skeptical when unpacking the device... it felt chunky and well build.
Though that Molex connector in the back made me seriously gringe. Manuals on install and setup was lacking.
Drivers instructions was also lacking, nor were there any included CDs, though just like GPUs I guess download them.
Though presentation is nice and clean with a lot of accessories. 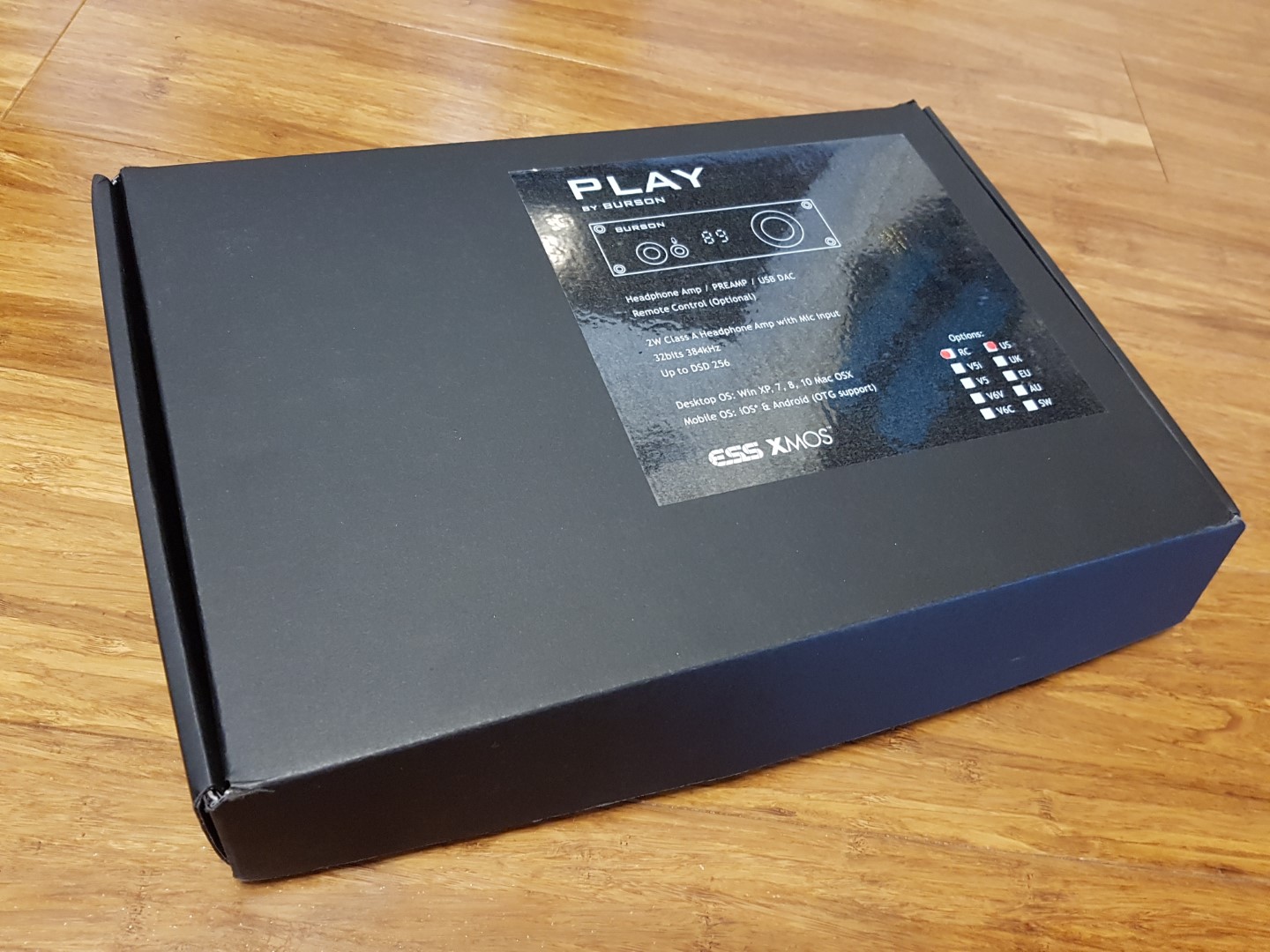 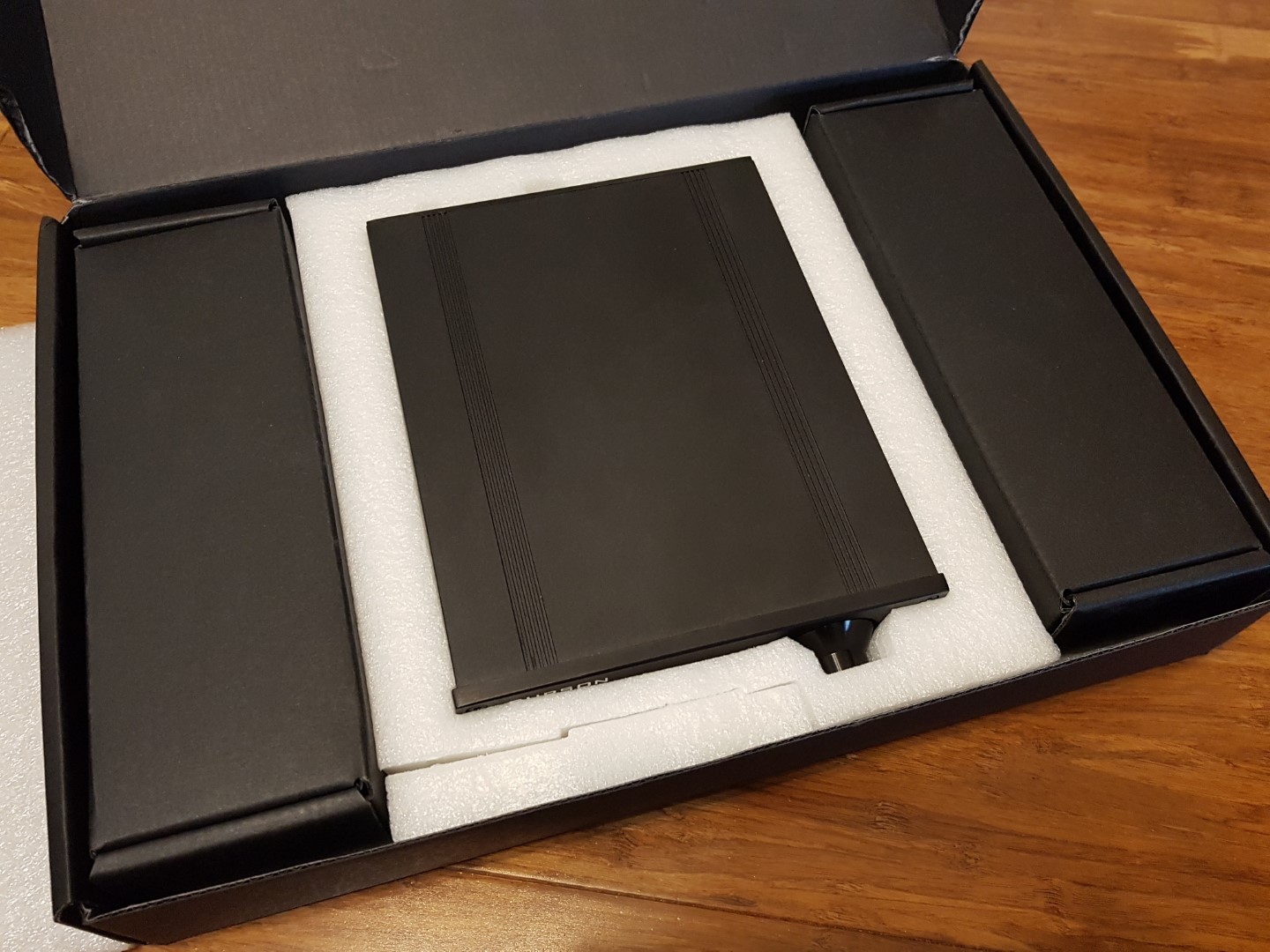 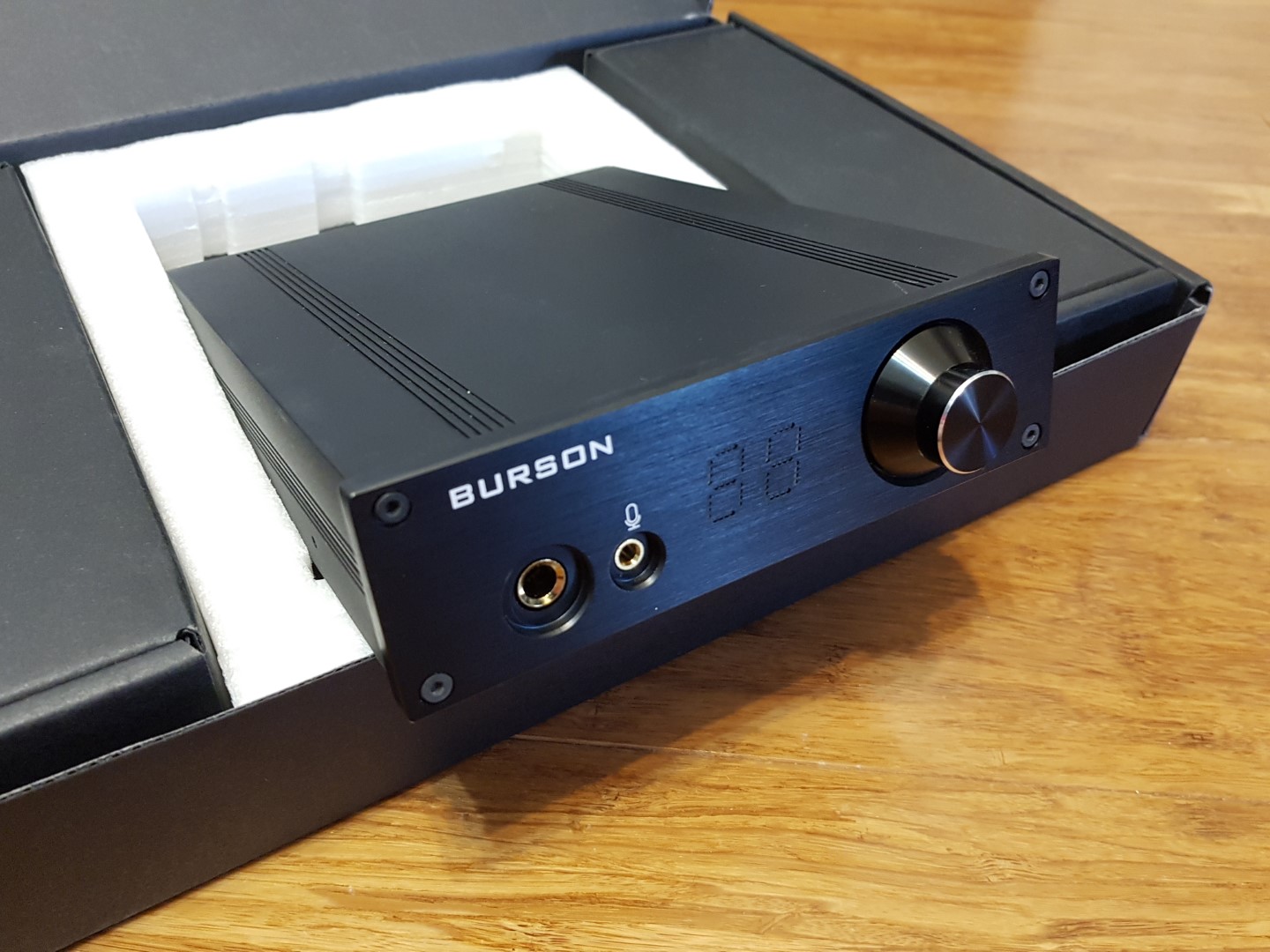 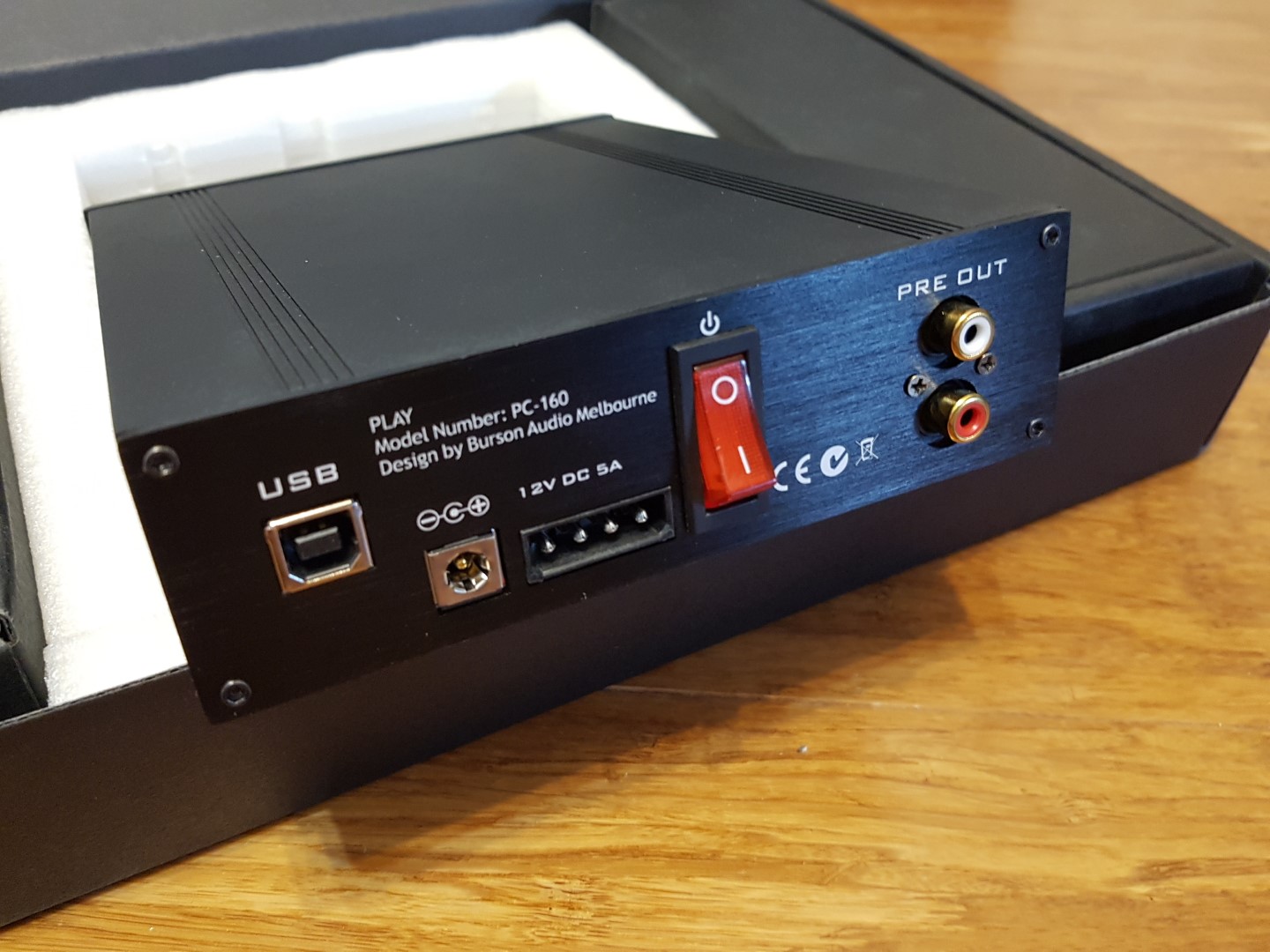 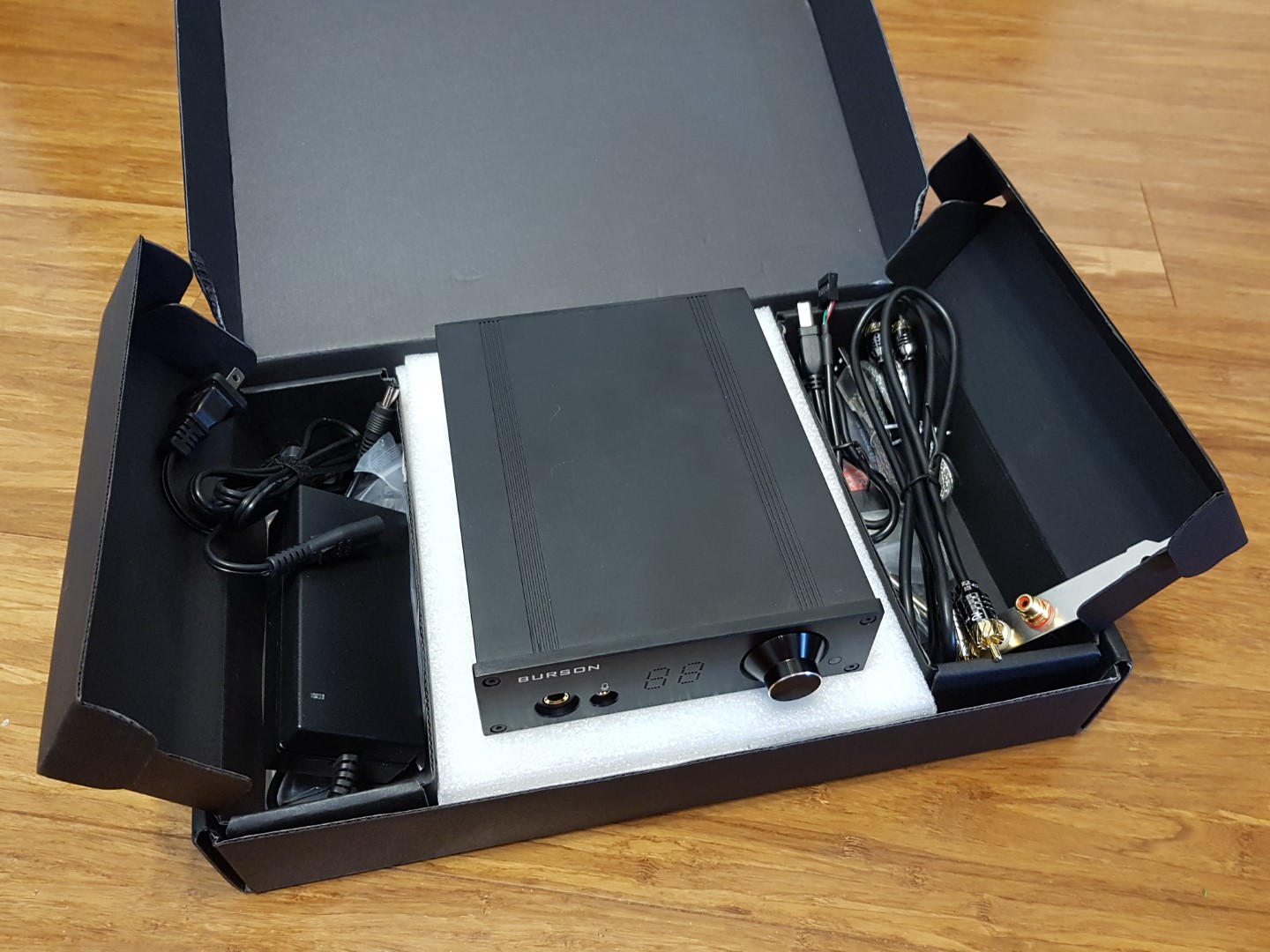 So what i have found interesting about this unit on first sight ?
I can use it internally externally on a computer and standalone to a sound system. It uses the standard 5.25" size with all the holes in place. With Rubber feet on the bottom to just set it on your desk or where ever you feel like it. 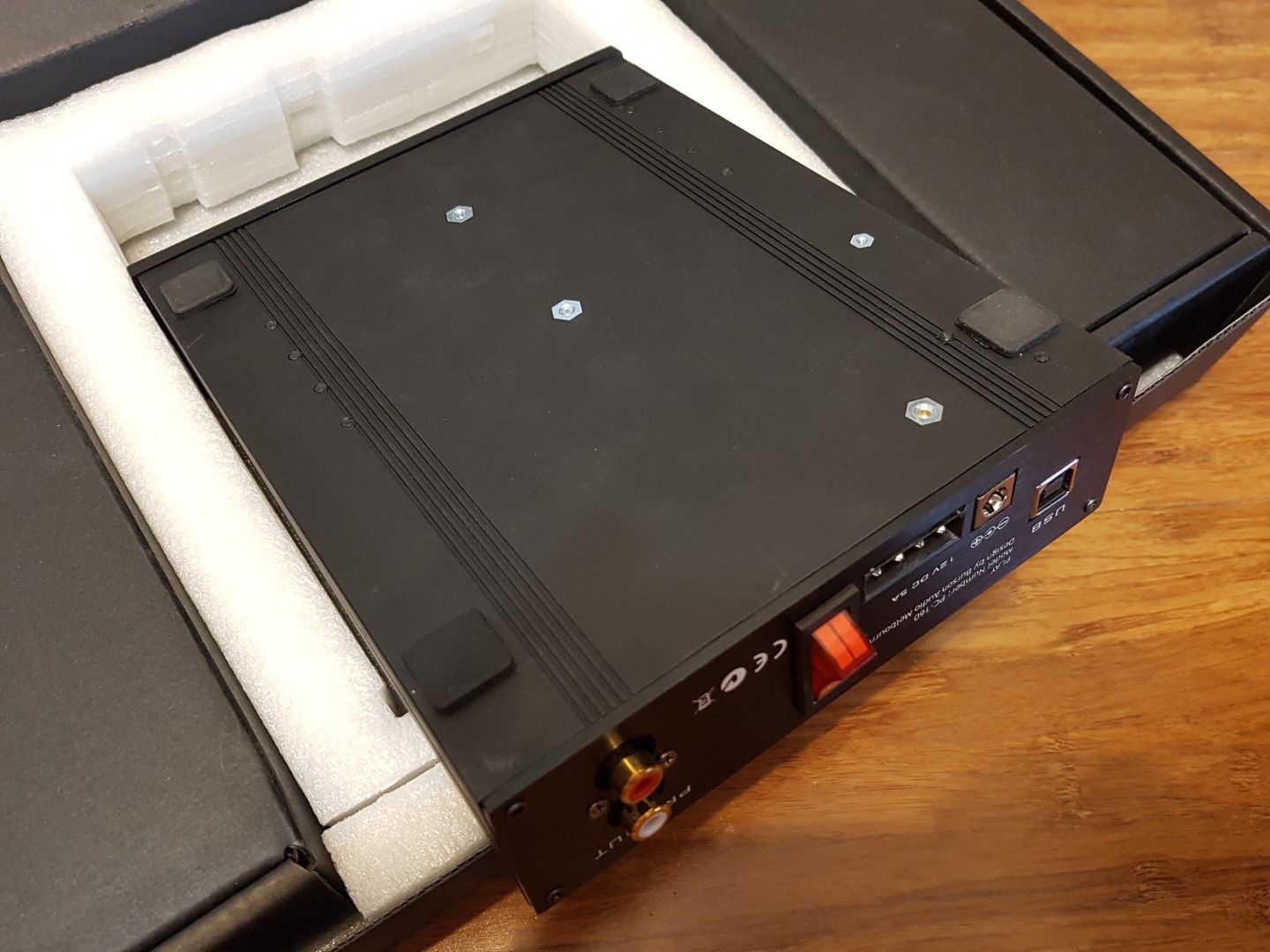 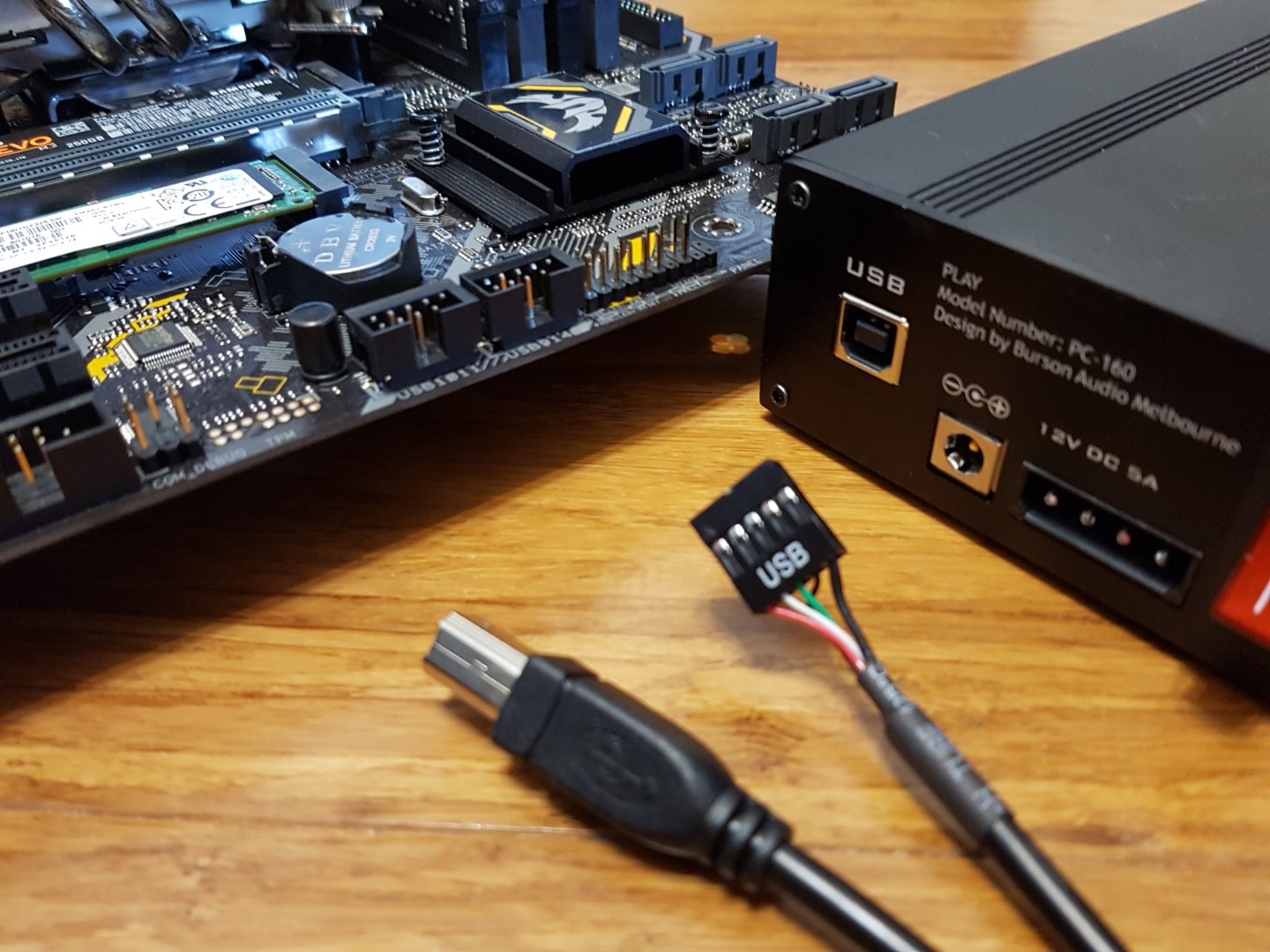 Now to the sound. Lets say it's is very clean. I am using some cheap Steel headphones, and testing sensitivity with the MDR sonys MDR-V8 and MDR 7506 I also used some IEMs such as TIN T2 and other Sensitive headphones. Even the most sensitive headphones won't hiss on no audio. The Mic input is clean nothing much spectacular but it works. Also super nice smooth Volume knob. 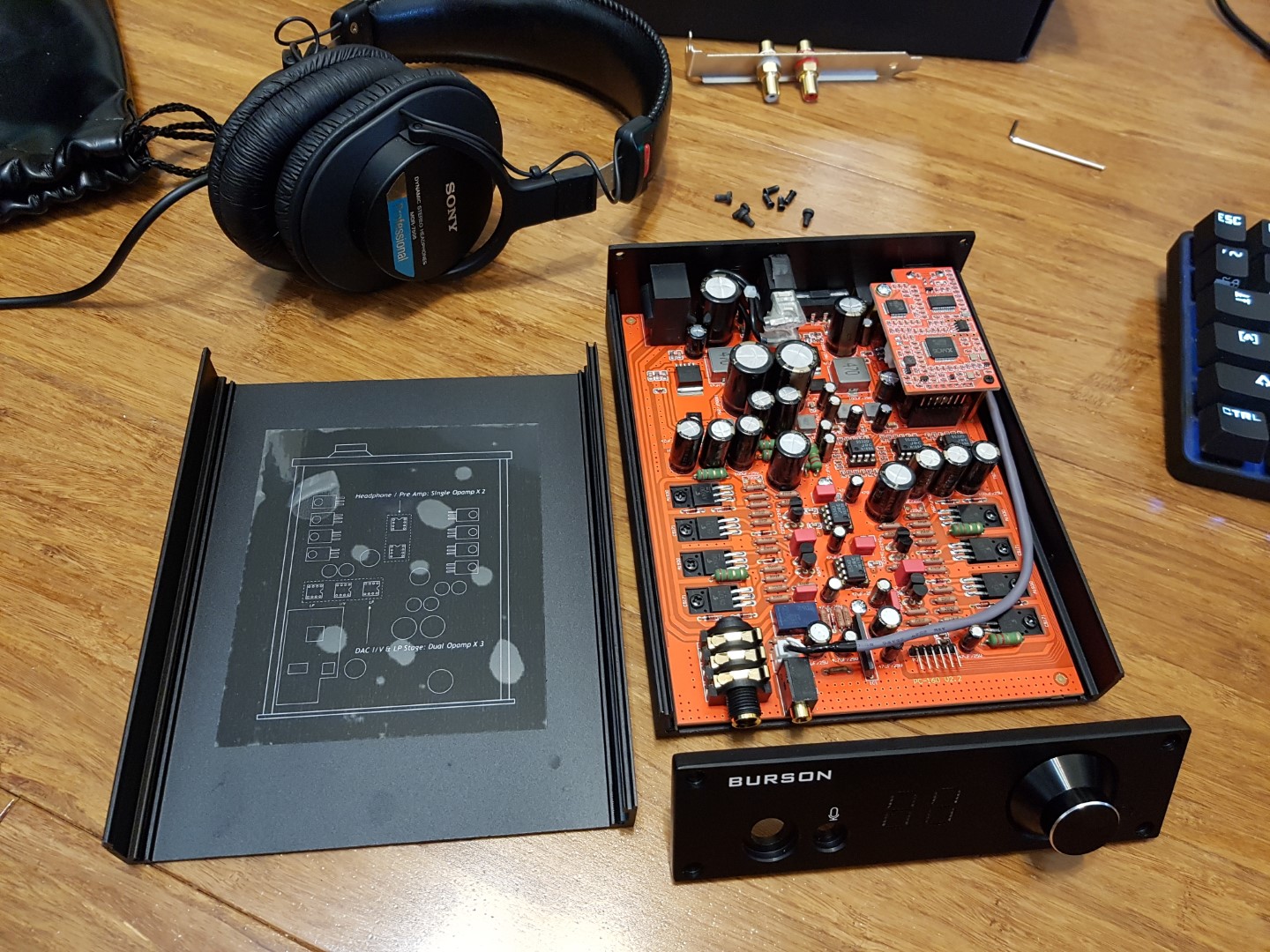 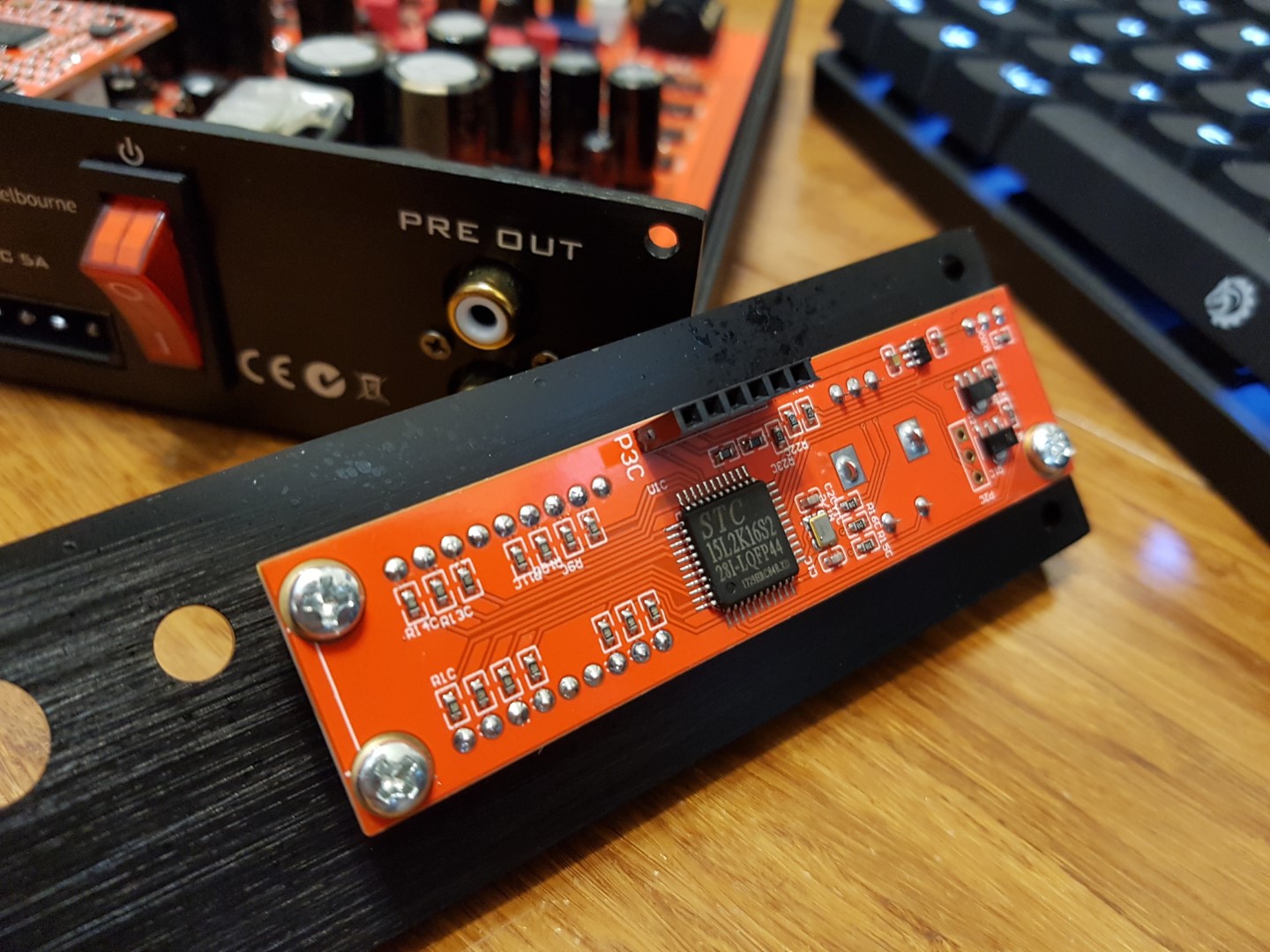 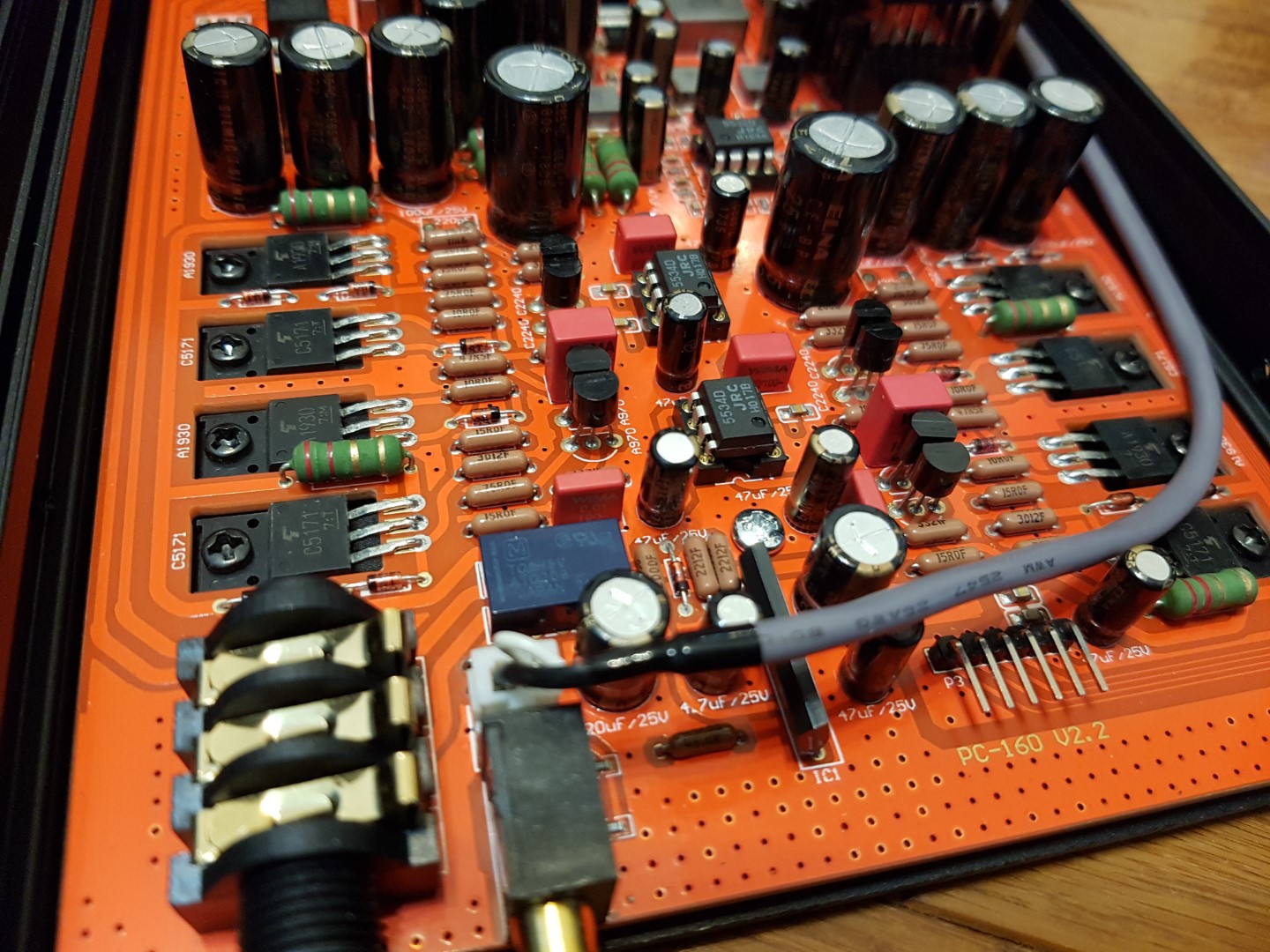 This amp can push almost any headphones and some small speakers to some extreme nice clean sounds. Though be aware that this unit does have some heat, so make sure it is not causing heat in some cases. It is a larger case but since it is designer to be inside a case and outside, it is fairly versatile in placements. 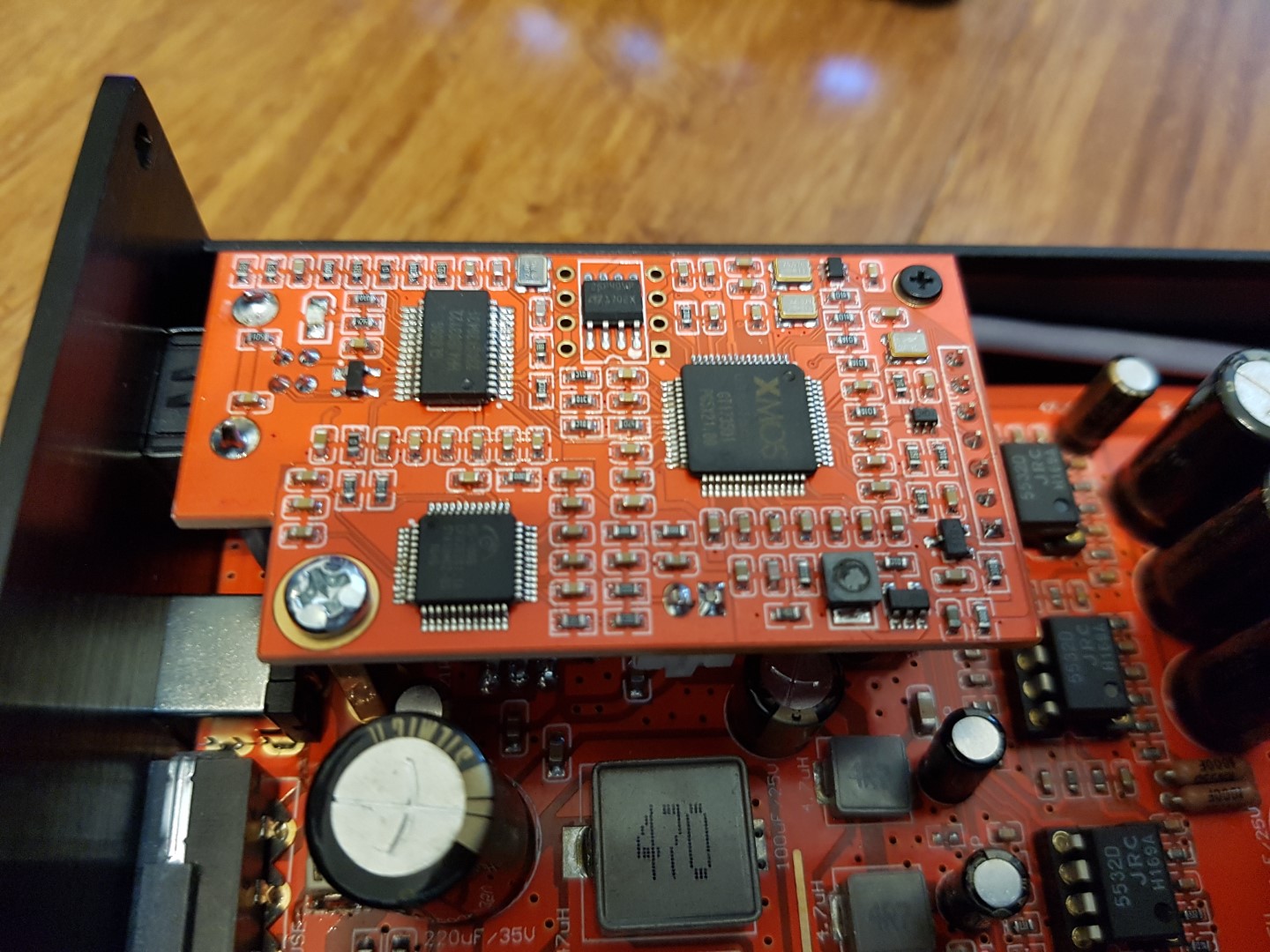 Now my issues with this amp:
Compatibility with some AMD Ryzen Boards was a Pain. Drivers are bit glitchy on some hardware setups. The bitrate menu keeps on flickering and not recognizing the unit.
What you have to do is kick it into gear by changing settings and have it recognize it if nothing. Out of 10 Motherboards, half intel and half amd, I had most success for this to work smoothly with Intel boards. It seems to have auto recognition issues with extreme new boards or exotic chipset layout. 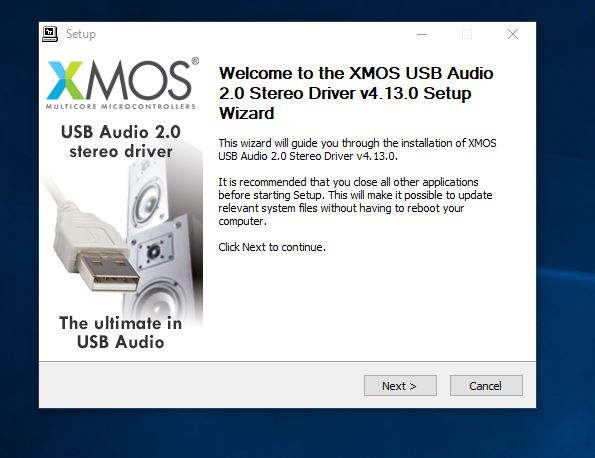 Changes i would like to see on these if anyone wants to compete:
-3.5" Size
-Volume Knob is able to be depressed (Make it pressing Functional)
-RGB LCD display =)
-Improved drivers ?
Last edited: Sep 12, 2018
C

Wonderful write up. I watched the ZReviews on this and he seemed to like it too. I was a little thrown by the first sentence, however. There are many high end/mid-range desktop headphone amp/DAC's that are highly regarded and to be honest, in audio circles you really don't hear of that Creative SoundBlaster talked about at all.
C

Yeah I didn't look in adio first, i only looked for game stuff and Streaming things. So in my case it was backwards.

Nice find! Pretty cool that you can use it internally and it has a mic, that's an interesting feature. Burson has a decent rep in the "audiophile" community.

Yeah Creative is marketed in the gamer niche. The X7 reference threw me as well, at first. (I have one too and I do like it a lot, though). But it is a niche product to me. I think it is useful mostly for setups involving both PC's and consoles, where you want speakers and headphones, and if you also want headphone surround out of the pc and the console, as their virtual surround DSP is actually pretty good and it is one of very few products that decodes console surround sound (dolby digital). It's heaps better than an Astro Mixamp.

I have not found a better DAC than Burson. Discreet components say it all.. Aussies really kick ass in the amp game, one of at least two segment leading companies there.
Great write-up thanks.
Last edited: Sep 13, 2018

I currently too have the Play, but I have both full sets of V6 classic and vivid OPamps. The driver situation was a little bit of a pain as the link they had on Burson was dead for a little while, but once they got it working again I got the proper driver in and haven't had any issues with it since. Mine was a pre-production model that I sent back and got a new board installed when they updated some things. They have released a new board since than, but I have not been wanting to pay the $100 to grab the new board and swap it myself. While I love the Play, and it handles games and music very well, I have been wanting to go back to Schiit.

Sound quality is definitely good with the Burson. Is it going to beat out some of the more expensive DAC/Amp combos? No, but it definitely holds it's own well. They did do a good job building this unit for somebody who enjoys music, but also wants that crisp clear sound in games. The directional sound is very clear and precise. I never really did try out the mic other than to make sure it works as I currently run an XLR setup for my mic, but if it was all I had it would work just fine.

I tested mine with DT770 32ohm, DT990 Pro 250 ohm, AKG 7XX, Hifiman HE400i. Had no problem driving my DT990's. The play handles them so well they are my go to for gaming. AKG and 400i sounded nice, the 400i especially when it came to music, but the 990's have a good middle ground for music and for games. The 770s are crisp and clear with the play, but I tend to use those for LanFest or any time I need a closed back pair of cans.

Your review hit it pretty well on the head. It is a great little unit, has awesome potential with rolling OPamps, nice that it can be mounted inside or outside a case, but the drawback is definitely the heat if you decide to mount it in a case. For what the play offers it's a little power house with a good DAC.

I would put the Play above my past 2 setups. Those being Asus Essence STX and Burson V5 OPams, and the Modi 2/Asgard combo, but I would put it below a Bifrost/Magni setup.
Last edited: Sep 27, 2018
You must log in or register to reply here.
Share:
Reddit Pinterest Tumblr WhatsApp Email Share Link
Top