Lets go on a journey together. Join me as I plan and execute an amazing computer for myself and my family that will go by the name of “Excelsior!” in honor of the great Stan Lee.

To live up to its name, it must be something truly exceptional. My vision for Excelsior! is that it will have a host such as Proxmox that supports GPU Passthrough as well as ZFS and it will serve as 2 Windows 10 Gaming Workstations, a NAS, and whatever else we can dream and implement! 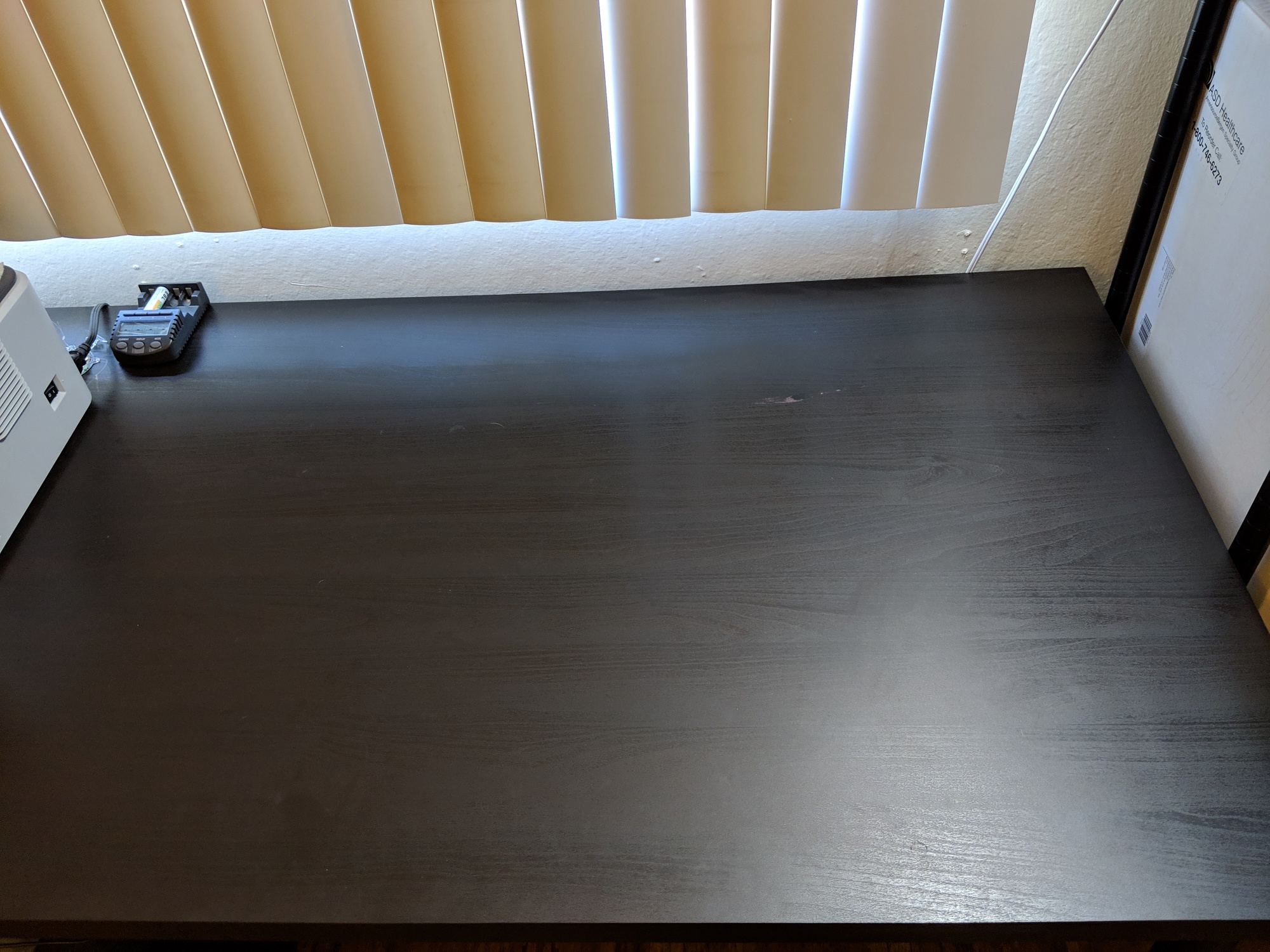 It all starts with a blank canvas. 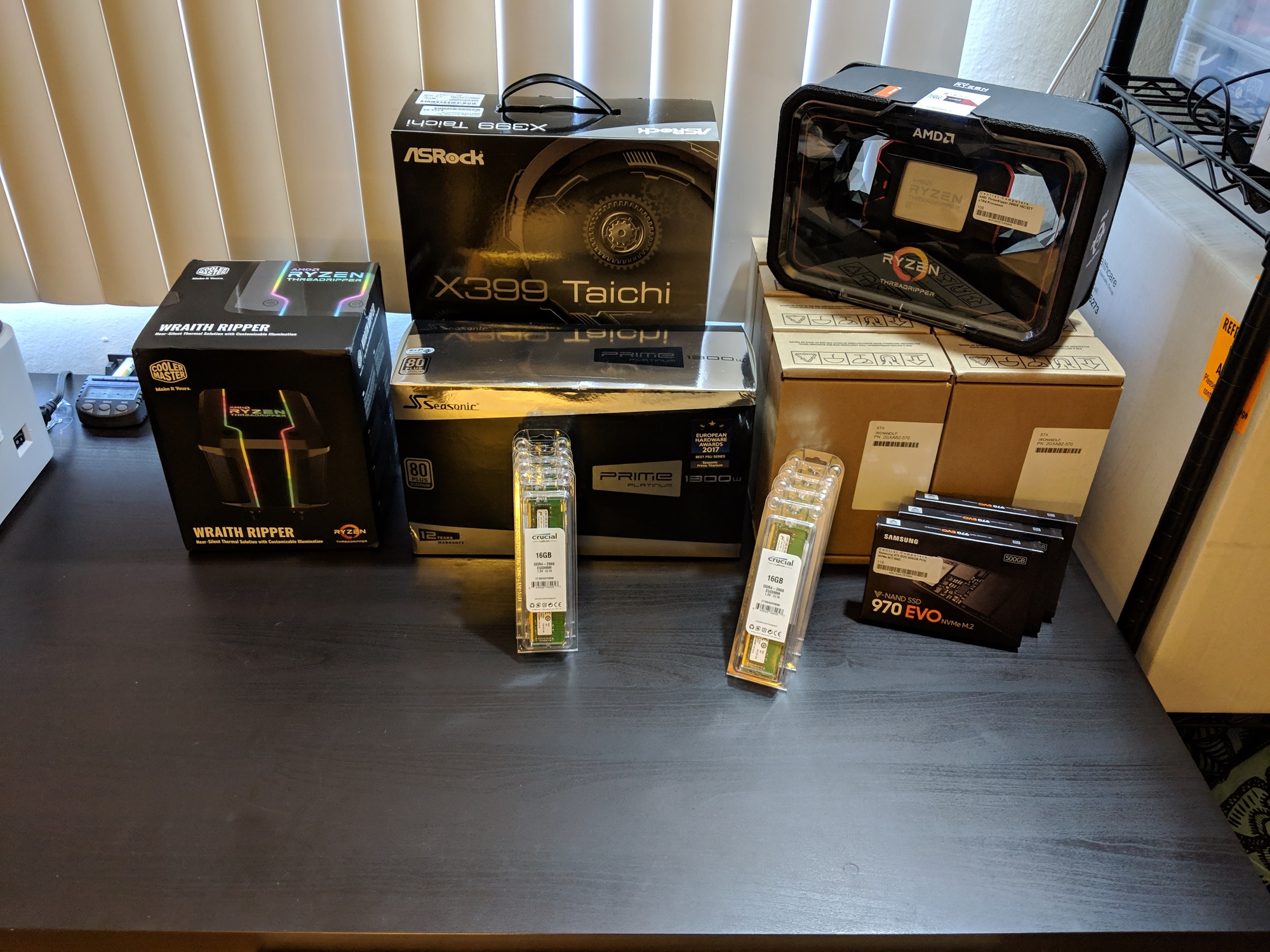 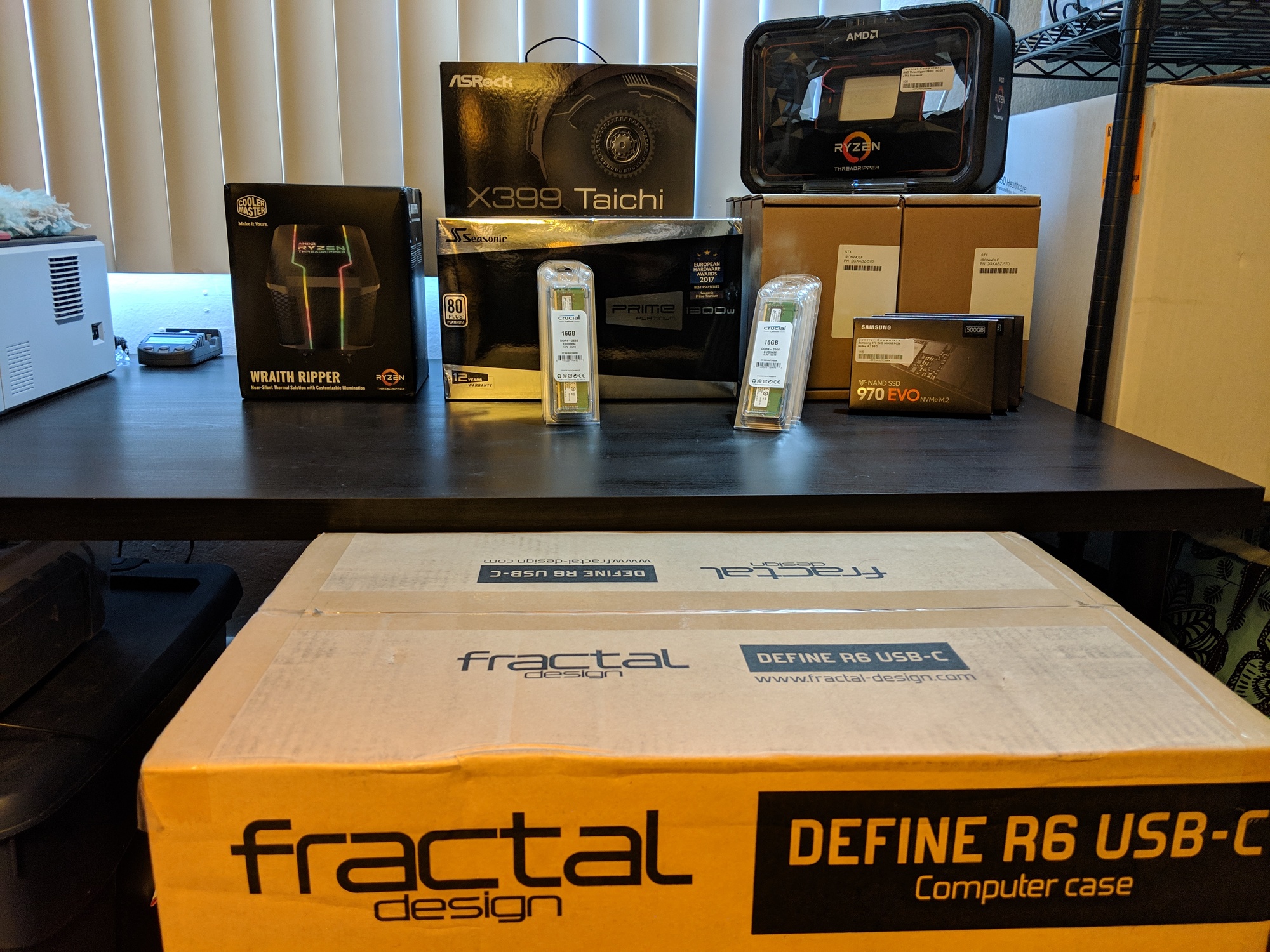 Don't forget the case that comes in an absolutely massive (but protective!) box. 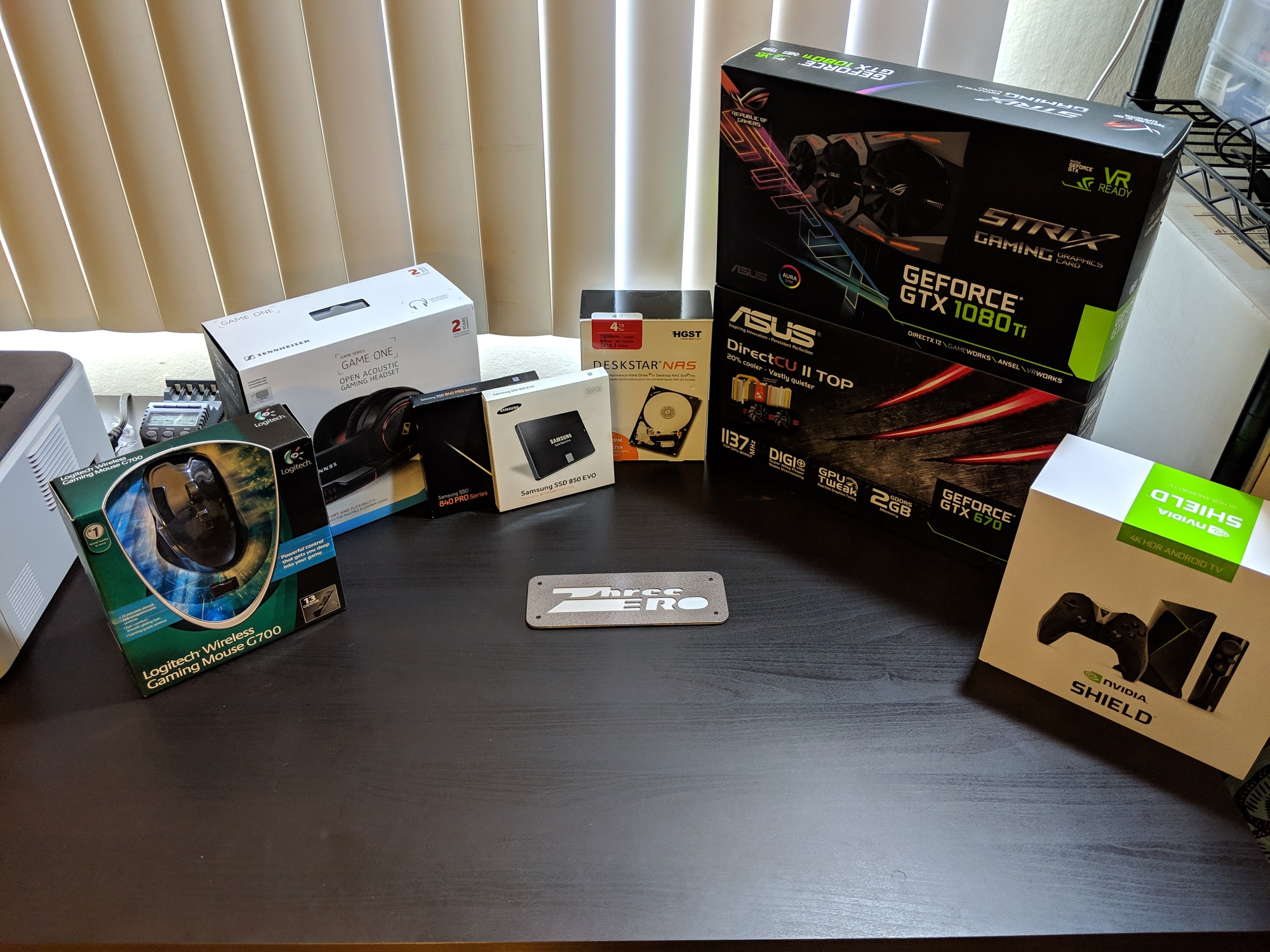 Lets invite some old friends to the party. 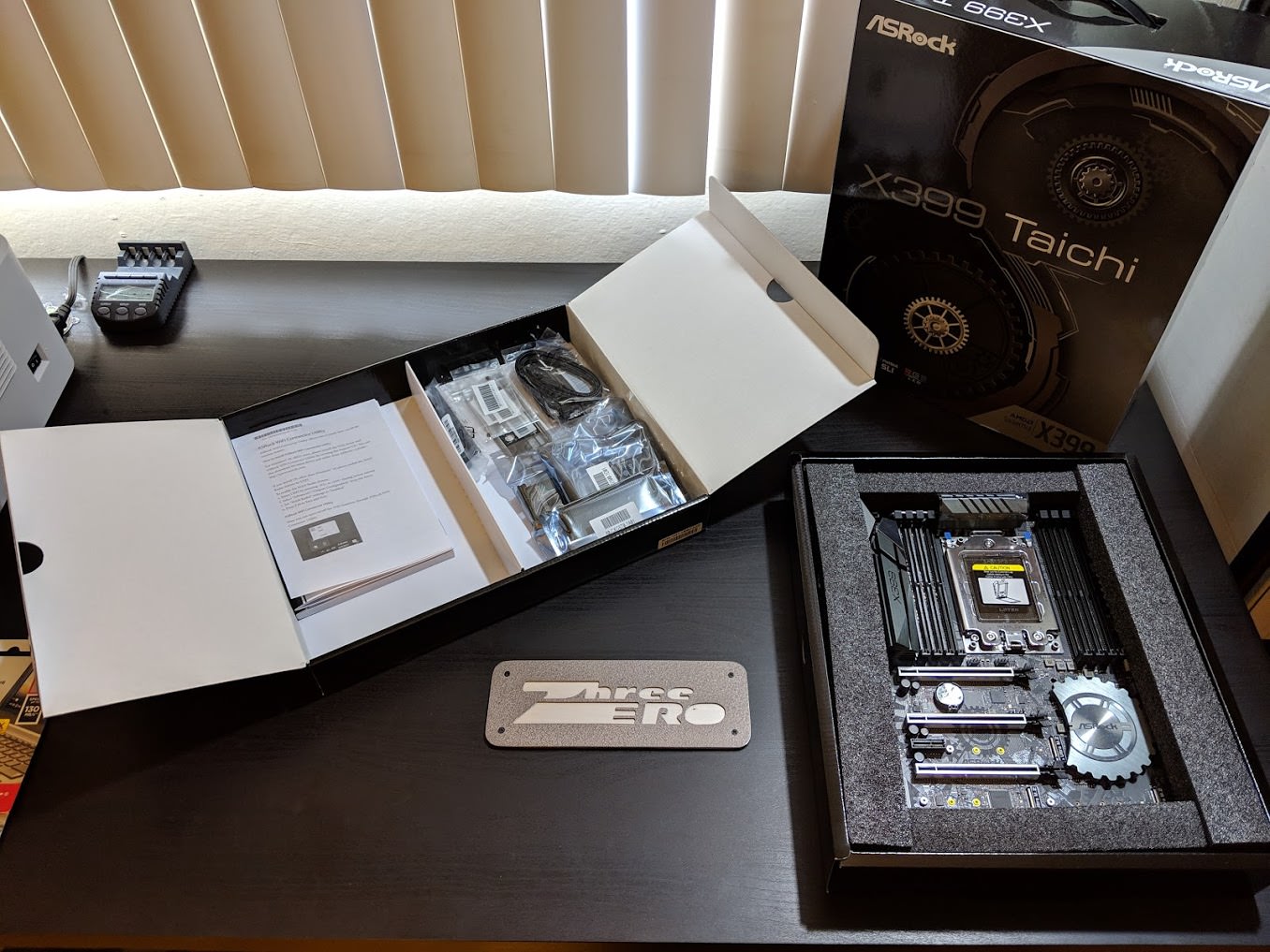 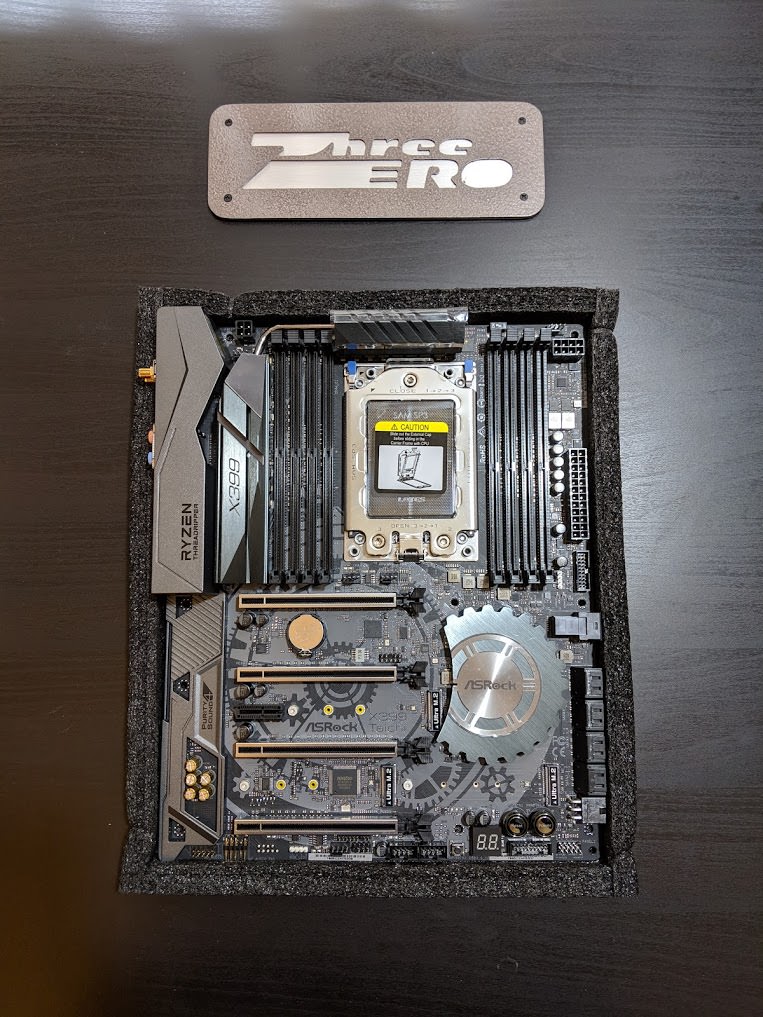 A beautiful motherboard, but it looks lonely. I think a team up is in order! 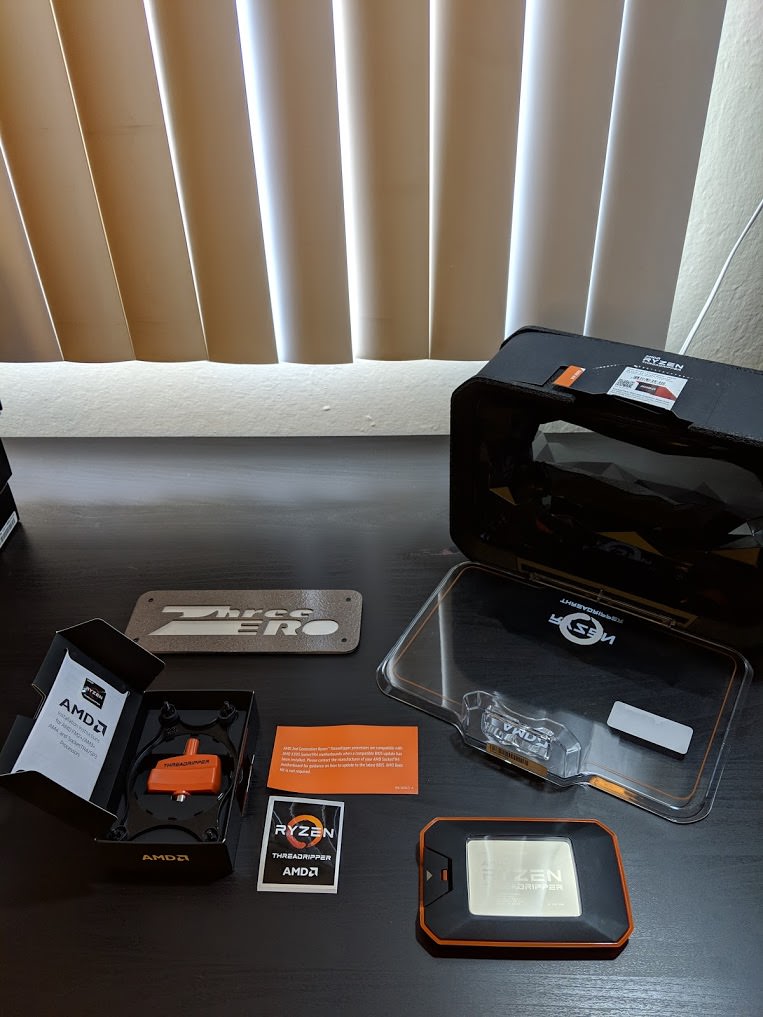 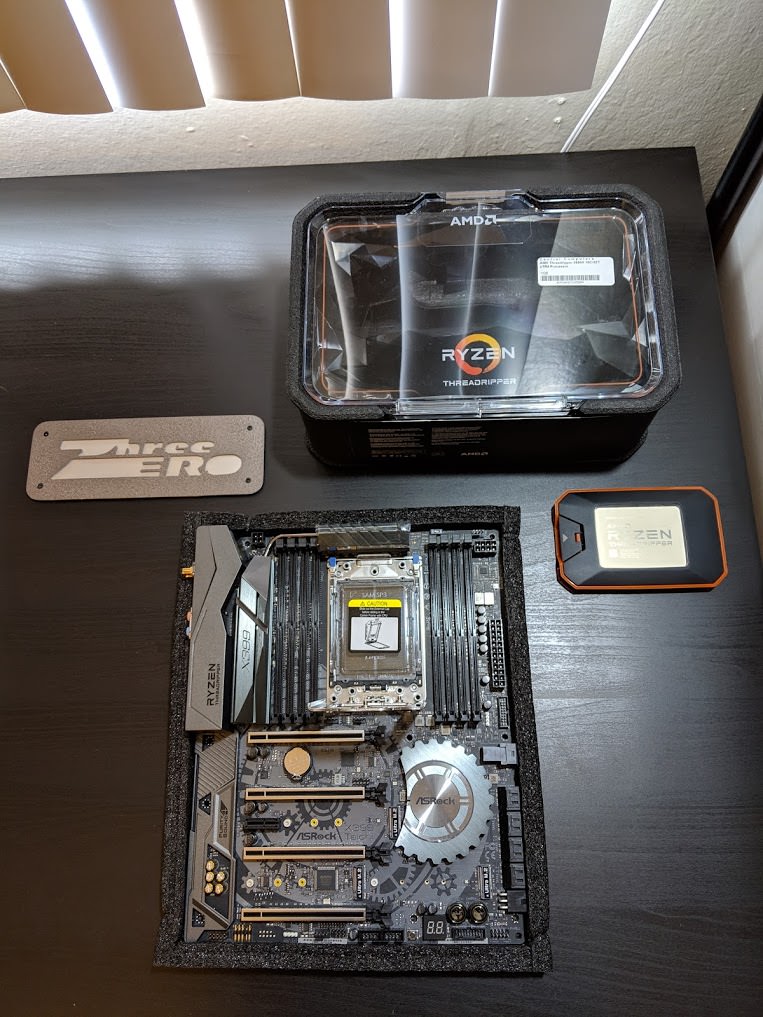 Alright, now they need to figure out how to work together. 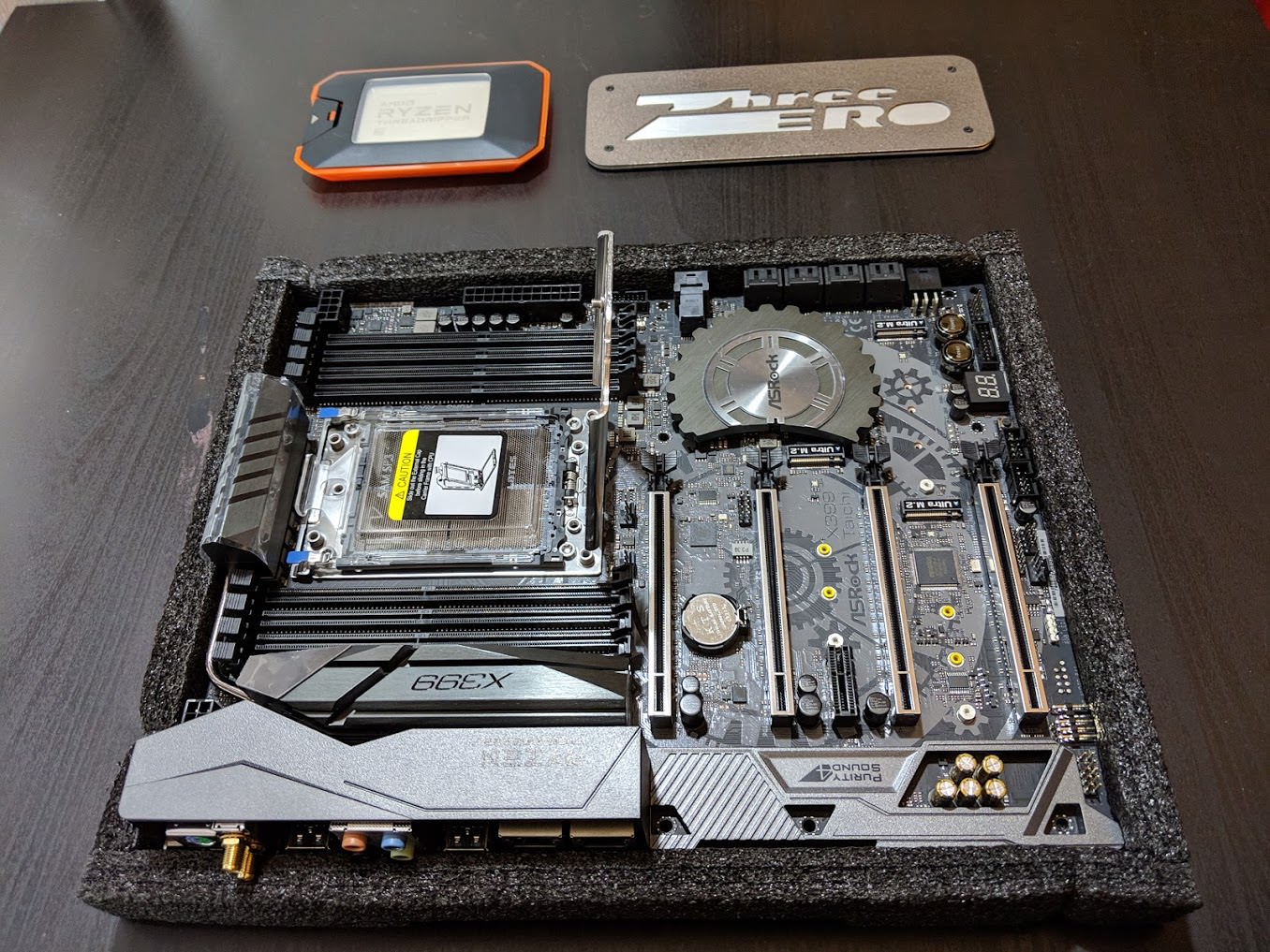 This is my first go at a Threadripper build, lets see if I can NOT BREAK IT. 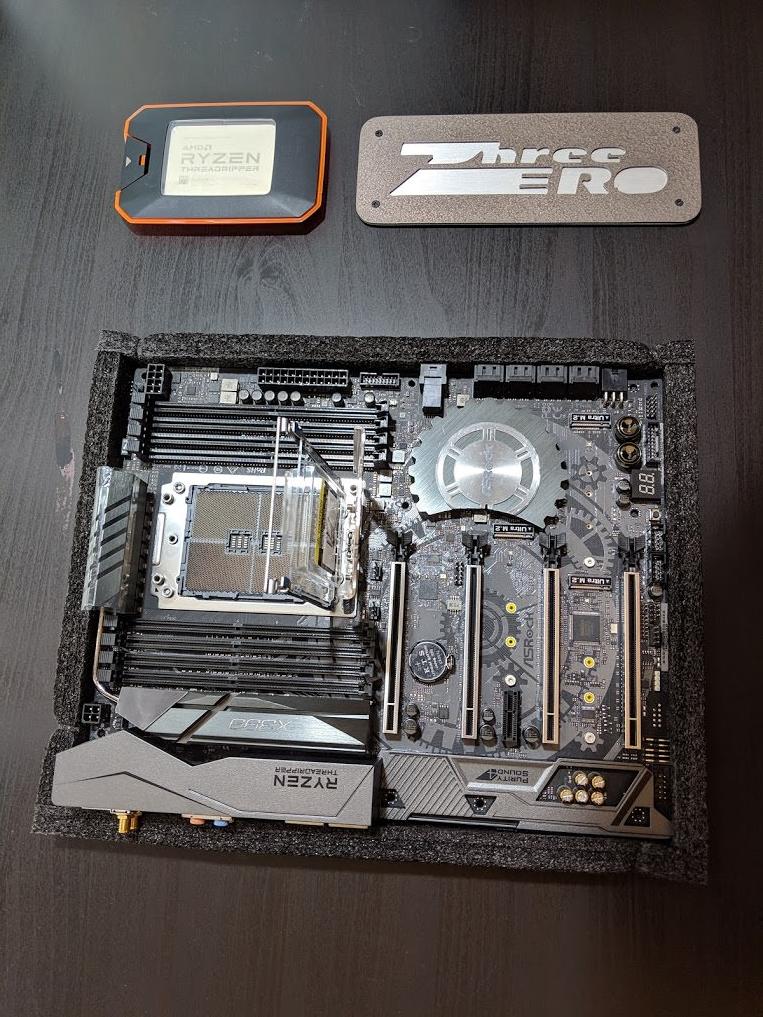 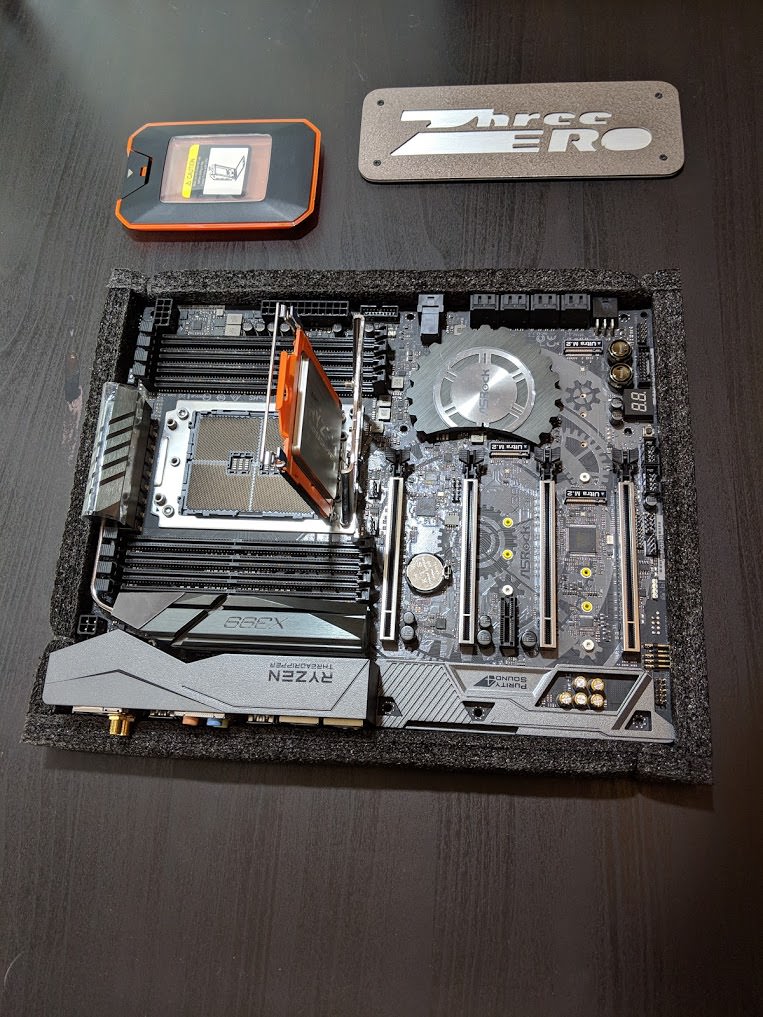 It's a fascinating install process. It feels very substantial and well engineered. 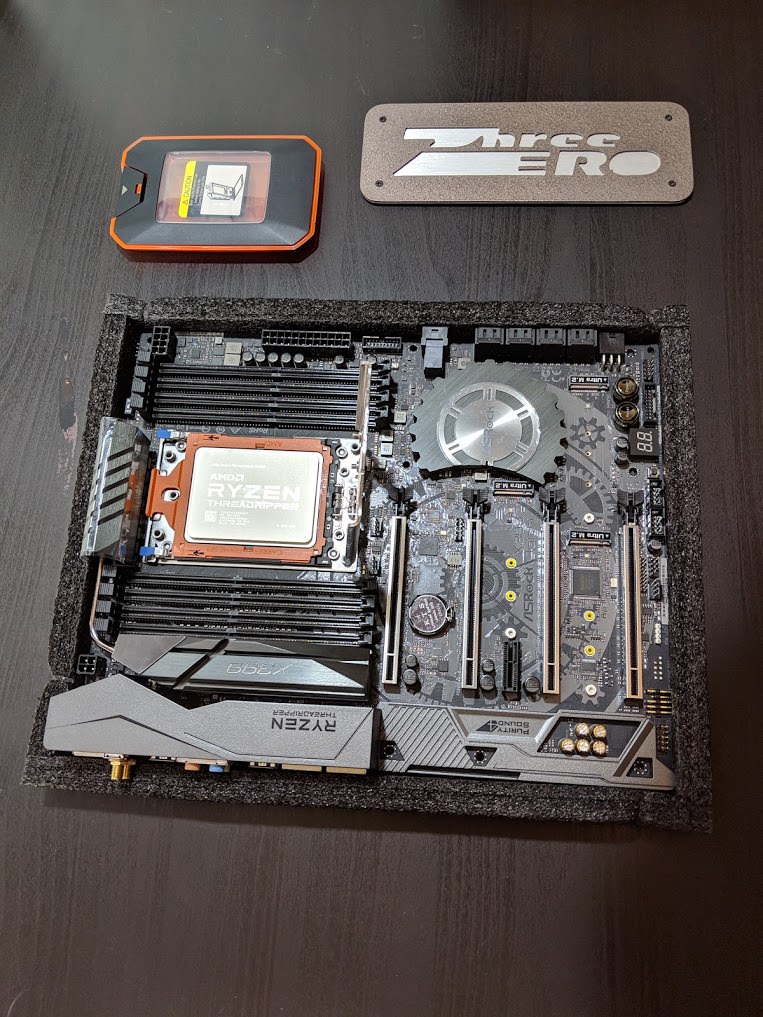 Threadripper in place. Almost there! 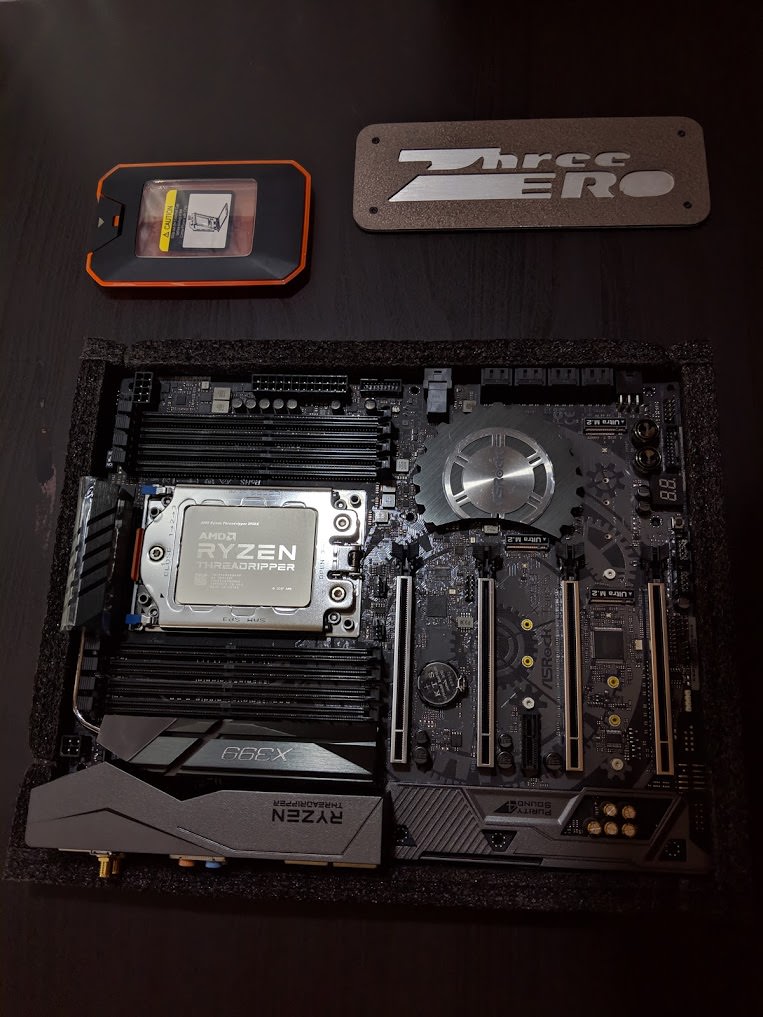 Phew. Threadripper safe and sound in its socket. 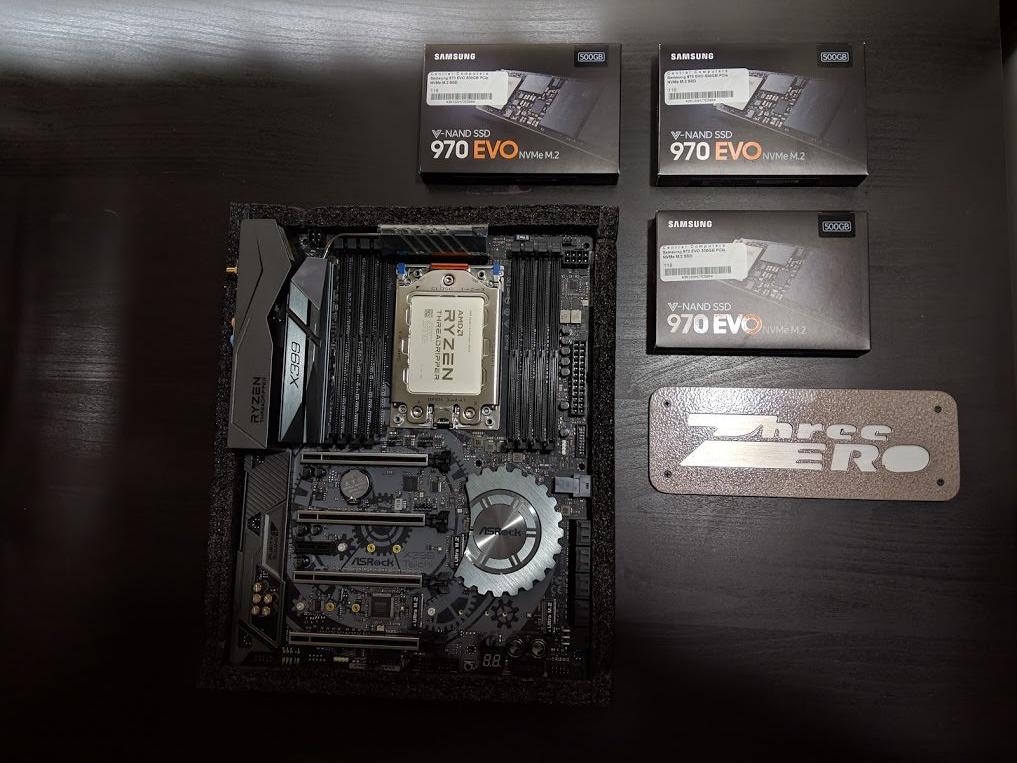 Watch out Tai Chi! Ninjas! Oh, wait, you guys wanna team up too? 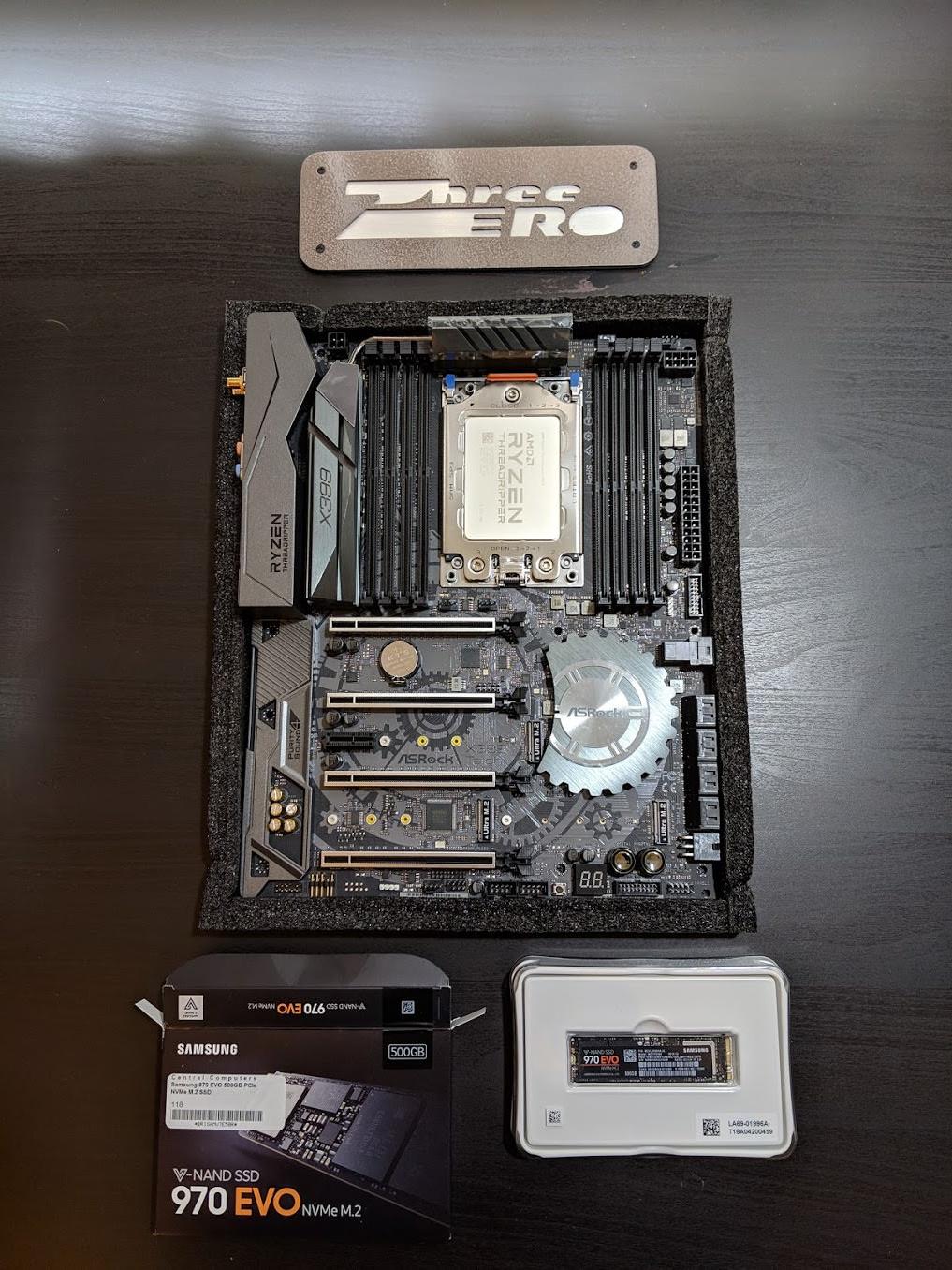 Lets see what you've got Ninjas. 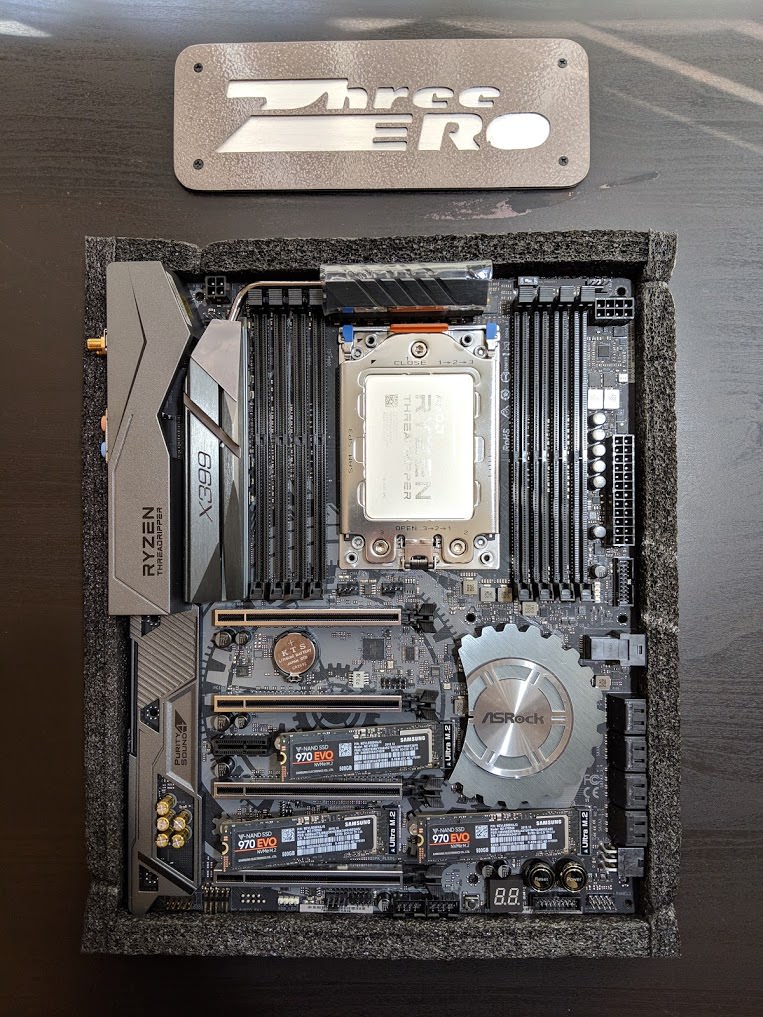 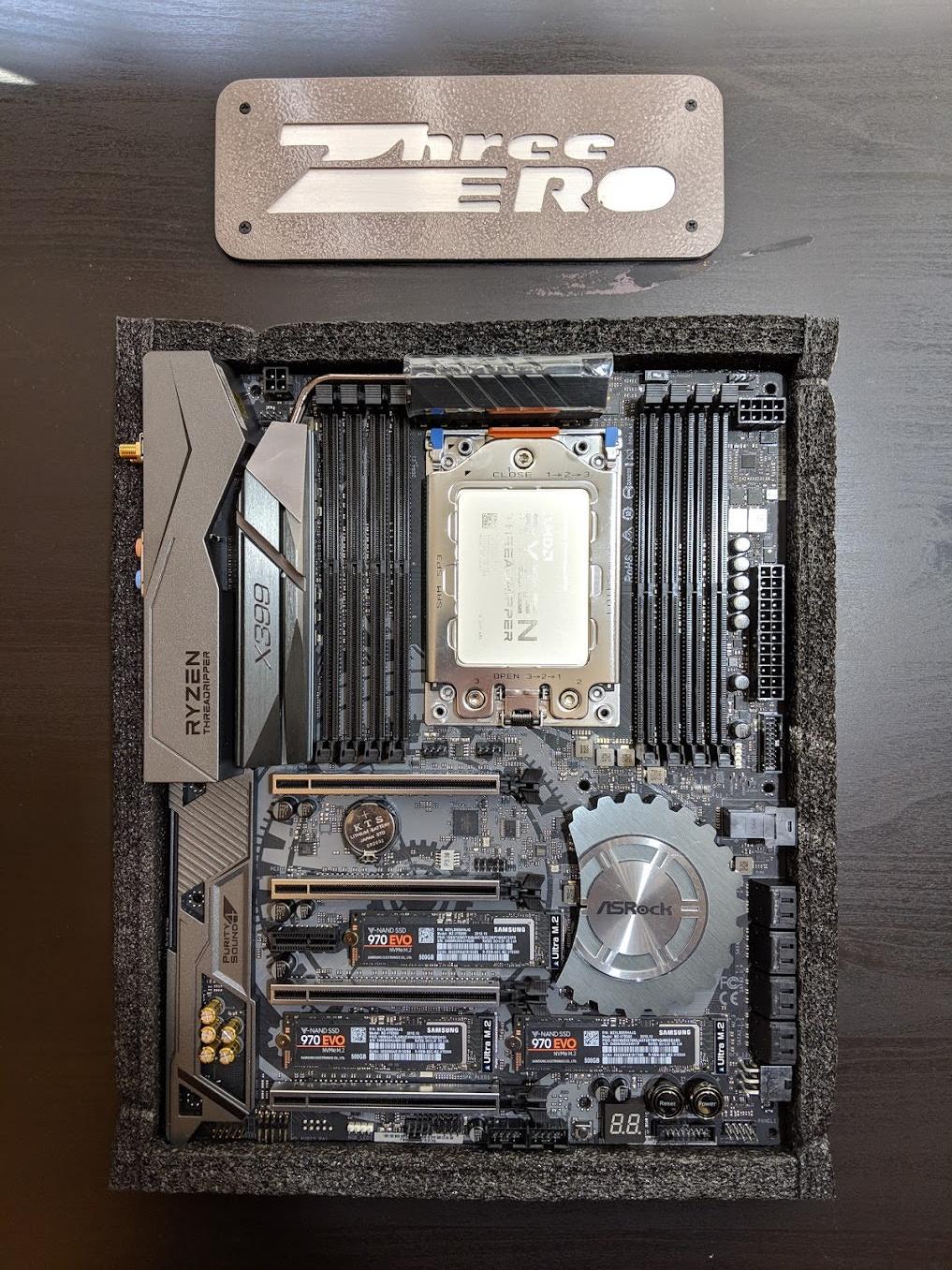 Man, I can't believe you guys landed that. 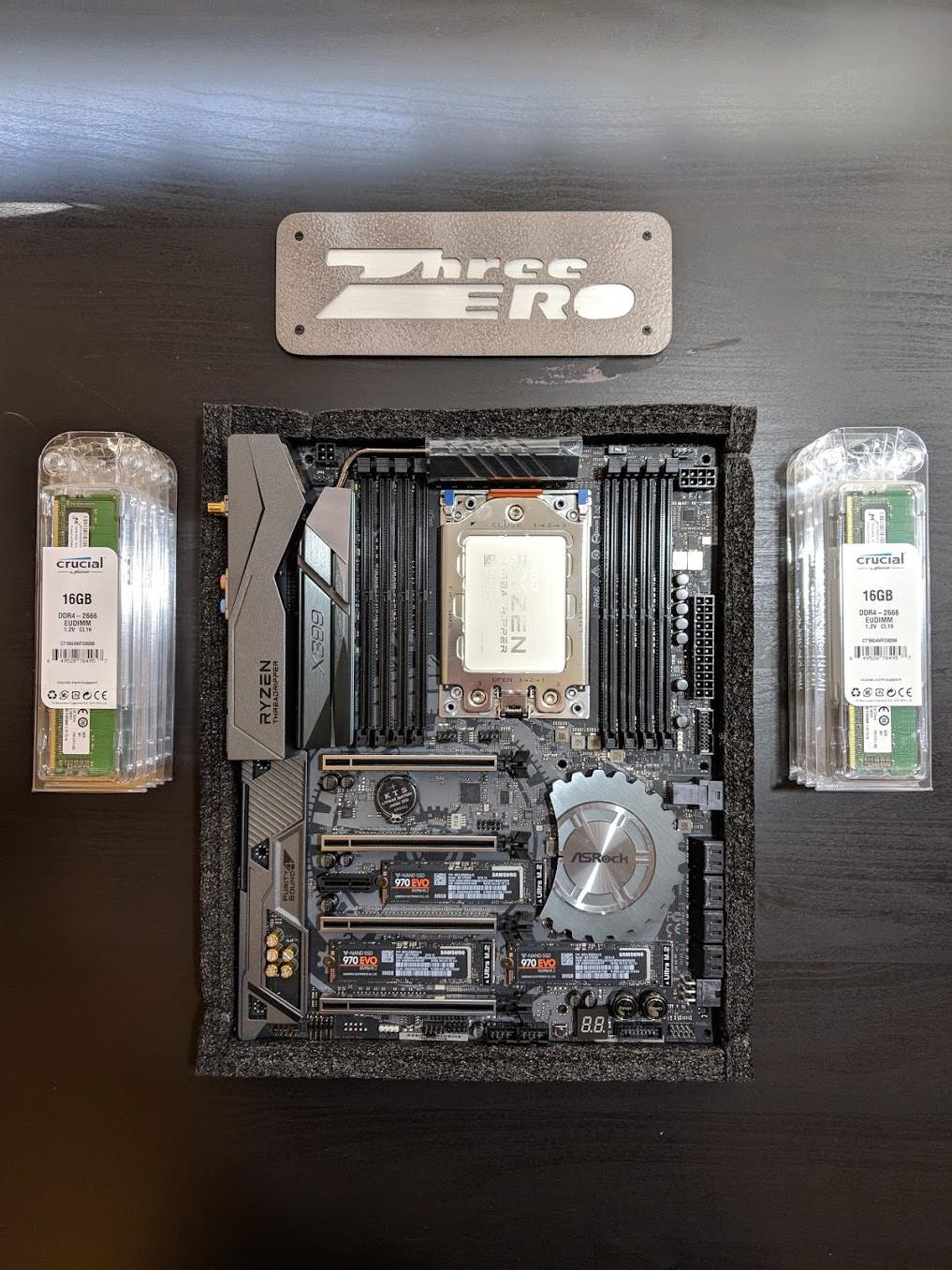 Our team is growing in infamy. Mighty champions flock to us to join our righteous cause. 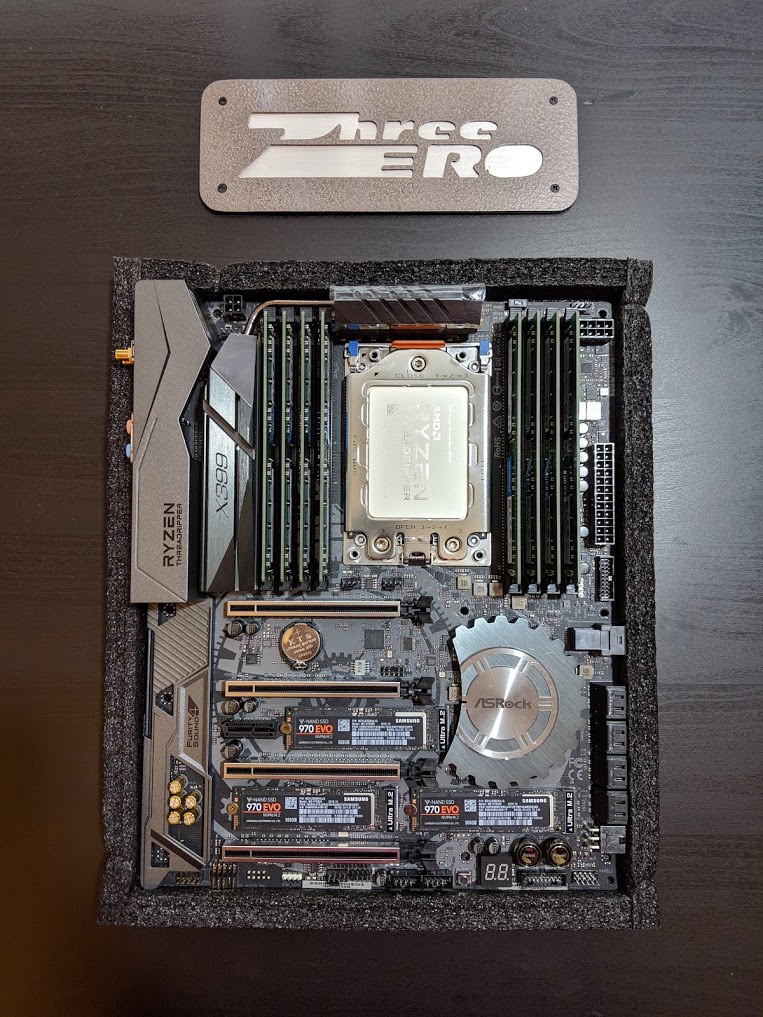 These emerald warriors fit right in. The time before they were part of the team feels like a distant memory. 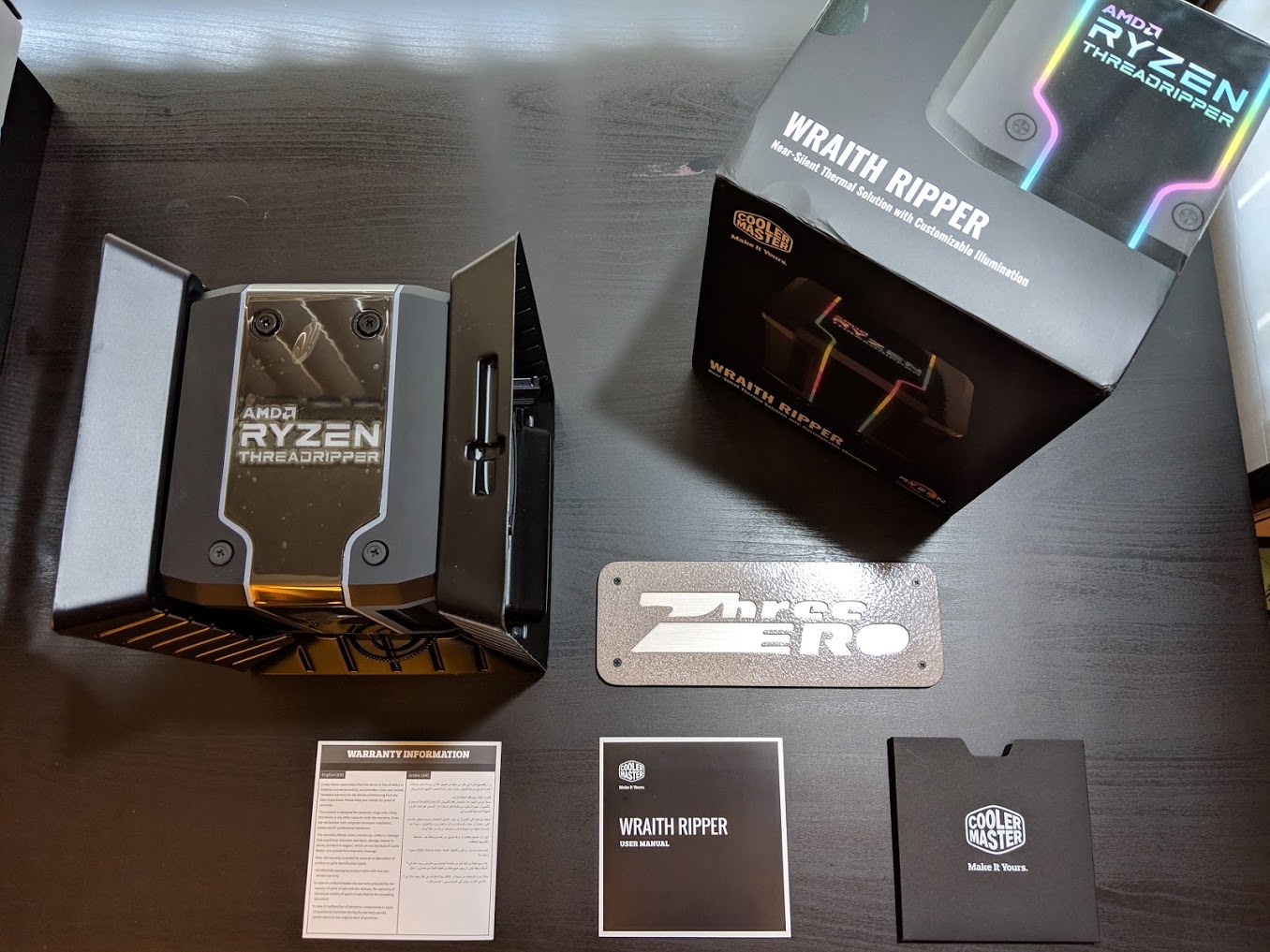 Watch out! A Wraith Ripper! Be you friend or foe? 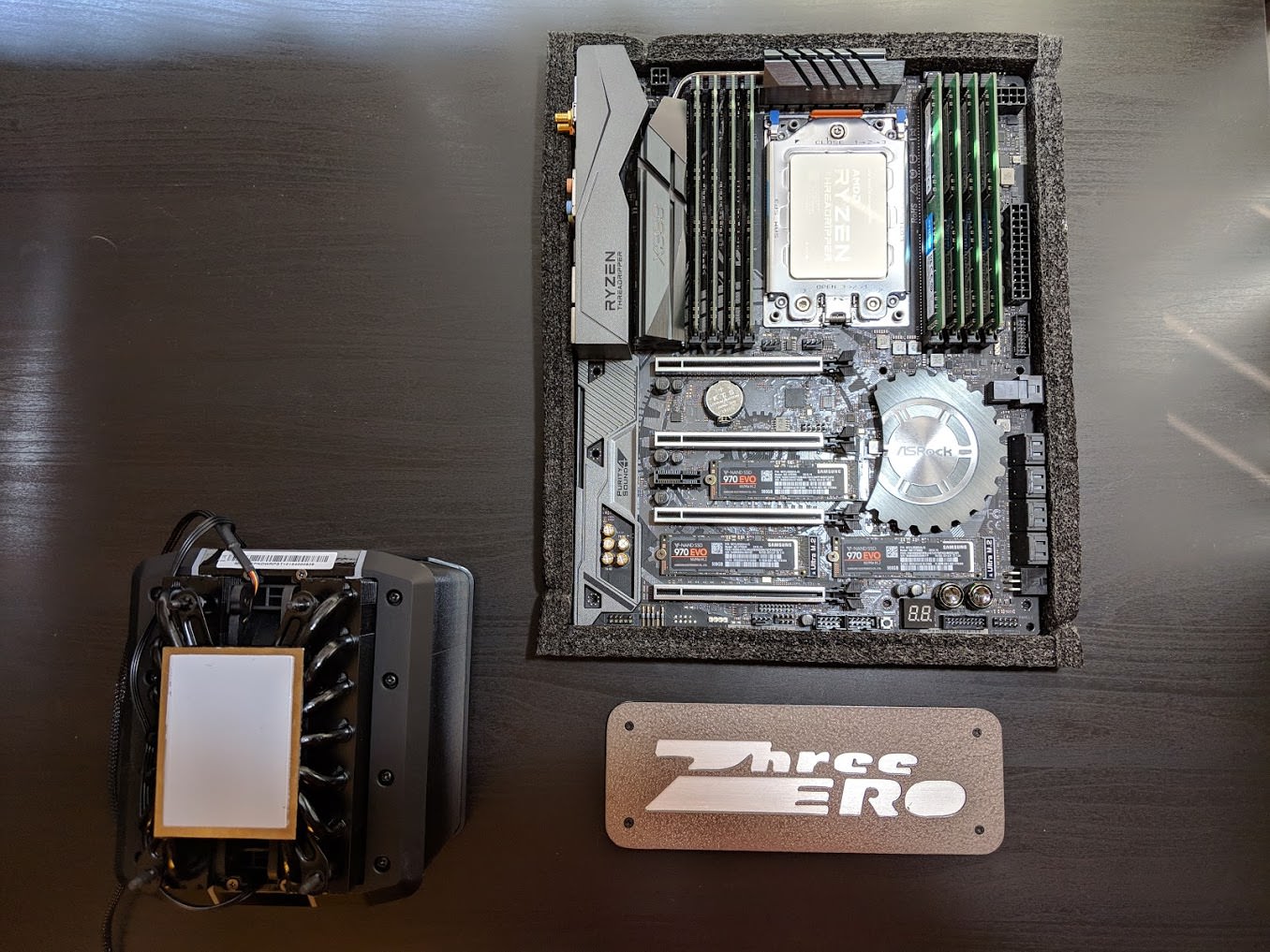 Wraith Ripper, with the help of your friend T.I.M., I think you and Threadripper will work well together. 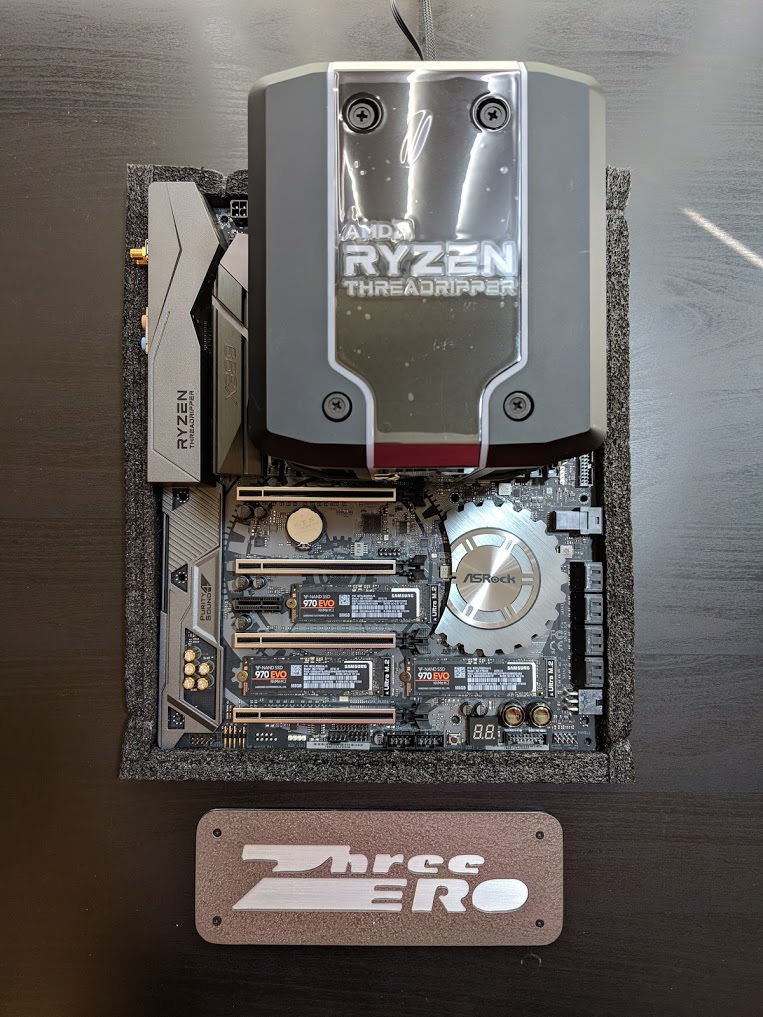 What an overwhelming presence! 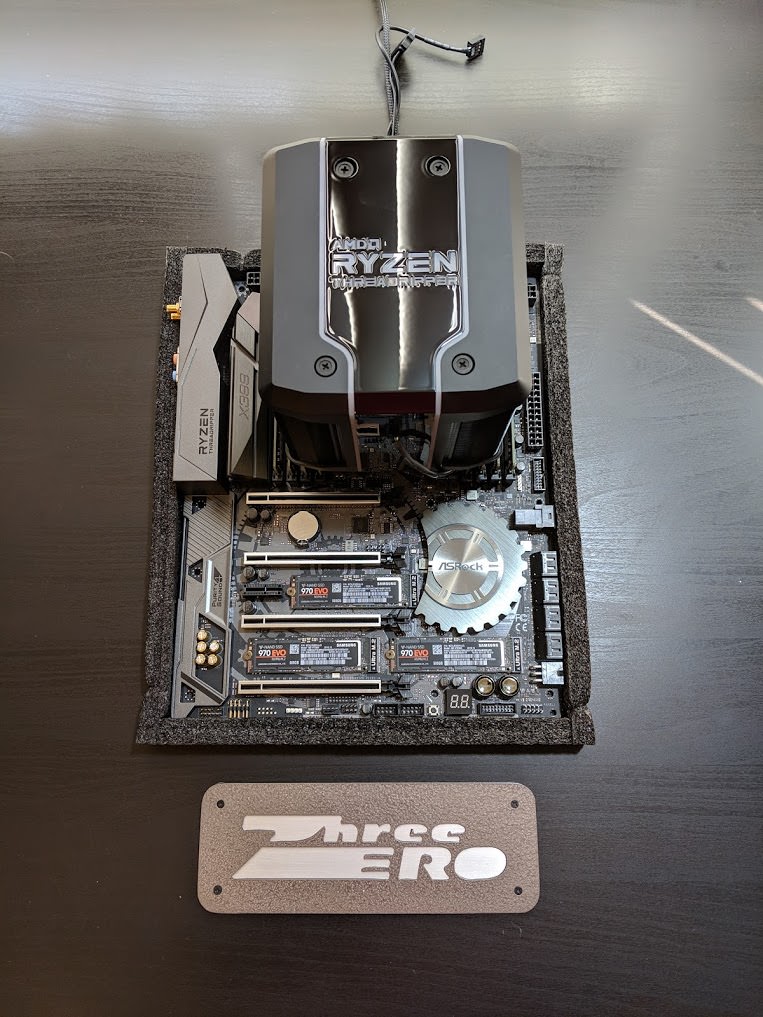 The protective films are off. This is getting serious! Wraith Ripper, such a towering behemoth!

I will return soon to further flesh out this first post, but for now I eagerly await your feedback, whether it be on hardware choices, system design, software advice, or otherwise!

My only feedback is. DAAAYUMN!

Pretty much my dream build... can you be my dad?
F

This should be cool. Looking forward to updates
F

Wow this is epic. That's a lot of storage.
T

N4CR said:
Pretty much my dream build... can you be my dad?
Click to expand...

Johnny, do you play baseball? lol!

I had some time to work on the build and added some content to the OP. Enjoy!
T

I'll PM you about that DVD! Which one is your favorite?
F

I never realized how big that cooler is holy crap.

fullvietFX said:
I never realized how big that cooler is holy crap.
Click to expand...

No doubt. Glad I went with a waterblock.

TheHobbyist said:
I'll PM you about that DVD! Which one is your favorite?
Click to expand...

Gosh that's a tricky question.. computer one is always a classic, the australian one is absurd, medicine one and the indian camping one come to mind but really.. they're all hilarious in their own way for different settings.
T

I’m trying to decide on a HOST os. Originally, it seemed like ProxMox VE would be a good choice as it has tons of the feature I need. However, ProxMox VE 5.3 is based on Debian Stretch 9.61, kernel 4.15.18, QEMU 2.12.1, and ZFS 0.7.12 . I have read that for threadripper, I really want a kernel that is 4.18 or later and a recent version of QEMU (3.0 or later, preferably with the PCI-E link speed negotiation patch). From what I have read, I will not be able to easily update the Kernel in ProxMox VE 5.3 (at least with my skill level) but I’m not sure if I could update QEMU. Going down this rabbit hole, it seems like ArchLinux would be my best bet for a Host OS that is properly updated. What do you think?