So I got a Crosshair VIII Formula with a 5950X and it won't post at all when I try even a mild OC. Had the same issue with the 5600X I had in it initially.

I reset the BIOS to default by removing the battery and shorting the jumper, I then set the following: 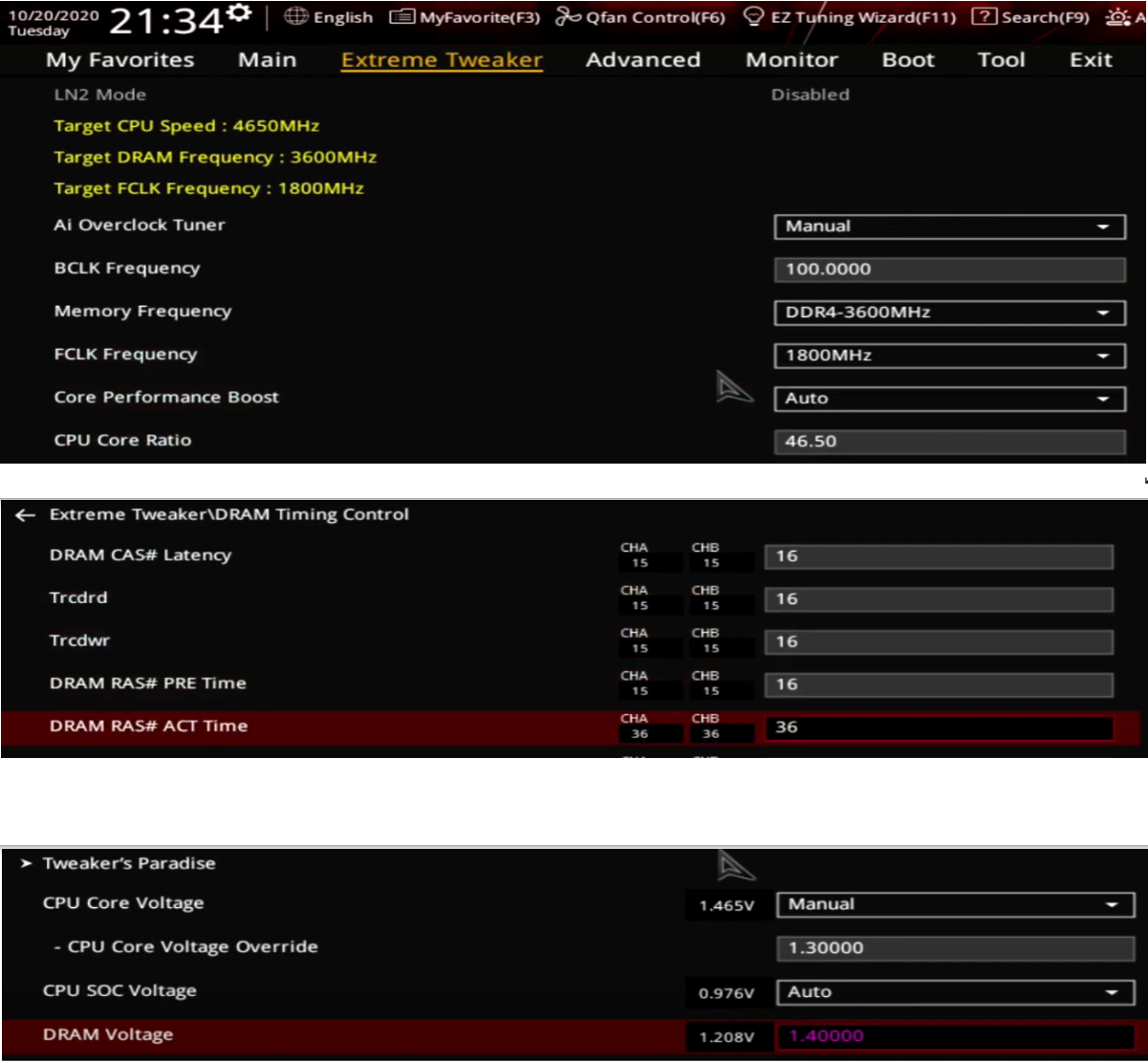 When I save changes and reboot, it won't post and the OLED display is saying:

And the connected monitor is blank.

According to the manual, E0 is "S3 Resume is stared (S3 Resume PPO is called by the DXE IPL)"

I get the same thing if I run my memory at the rated DDR4-3200MHz and also if I change the CPU Core Ratio to 45.

I also went into the External Digi+ Power Control and set CPU Load-line Calibration to Level 3, but that make no difference either.

If I just set Ai Overclock Tuner to Auto, I get the following error on the OLED display:

If I set the Ai Overclock Tuner to D.O.C.P. Default, the board is rock stable.