Acer XB321HK that only lasted 9 months I took it to the computer store and for them to sent it to Acer for a repair on 19th March 2018, then after one week they sent the store a letter asking me to pay for the damage arm on the monitor as it's not under warranty the store phone them and ask why the arm was damage has they wrap it up and sent by them, then I had to wait another three days for Acer to investigate this, after and without an apologize from Acer to the store or me they said they will repair the damage arm/ replace it free of charge!

one week pass I email Acer to find out what is wrong with the monitor they replied the monitor was in testing for two weeks? Yes two weeks I had to wait from Acer they told me but I didn't receive any reply email nor did the store so I had to go back to the store again and ask them to chase it up for me as now it been over two weeks the store help desks was past from one person to another on the phone had to repeat him self three times before the line went dead, then manger had to phone them and he was told it was still in testing!..

By Law in my Country Britain it states:

Under the Consumer Rights Act 2015, goods should be of a satisfactory quality, fit for purpose and as described.
you should ask for a repair/replacement/part-refund. Your rights depend on whether the item should’ve lasted this long.
You’ll stand a better chance if it was particularly expensive or sold as high quality, premium or top of the range.

It was under the premium range monitors.

I went to the Citizens advice centre to help me with my case they dig up the information on my monitor it had faults back dated to 2016 to 2017 over the 'G-sync module part fault' they send a letter to the store stating the 'Consumer Rights Act' also the information from the web and the store rules and repair "If the item cannot be repaired within 28 days/ within six weeks the item is written off by law" after 8 days time I got a phone call ask me to return to the store, I was give a full refund on my Acer product without any questions. 4th of May 2018

It took Acer repair centre in London UK seven weeks to repair the monitor they told the store they had to wait for parts but didn't say what parts!.

Acer in my country is full of liars and they are very quick to point the finger at you then themselves, it don't matter how many emails you send to Acer they only reply to them if they seem fit to answer them.

This G-sync module fault is on all the predator range some get it bad then others this happens for just a few secs every half an hour.
https://community.acer.com/en/discussion/441879/xb321hk-weird-artifact
Here is a video you click on the link in the window 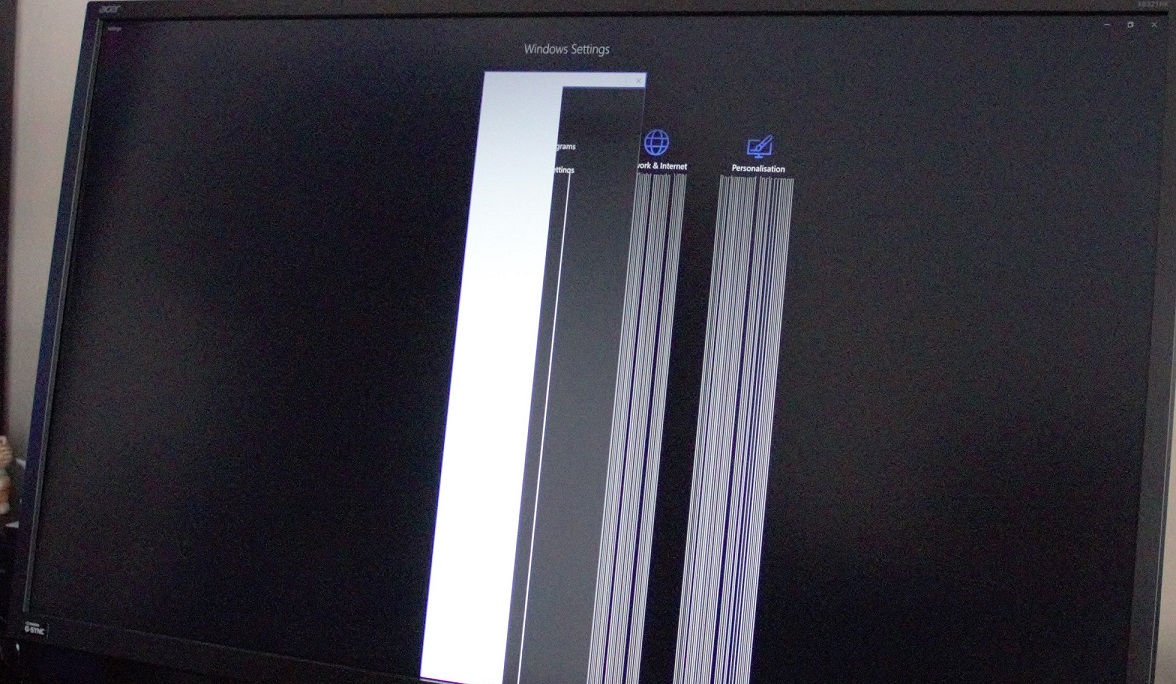 No wonder you hate Acer so much. I know how you feel about bad product and bad service. Good luck with your next purchase.

Sloginfizz said:
No wonder you hate Acer so much. I know how you feel about bad product and bad service. Good luck with your next purchase.
Click to expand...

In 2016 on the Acer forum allots of members posted reporting the weird artifact in both XB27 & XB32 Acer quickie deleted most of the posts, also told Newegg and Amazon not to link to their forum about the G-sync module fault, allots of members was banned for reposting, soon after acer rep came back and told the members it was not Acer fault it was the panel manufacturer at the time, (but Acer knew but kept it hiding from us) here in the UK a few people also had the same problem and had to seek help like to get full refund.

Yup, Acer can come out with whatever new tech gaming display they want, HDR, 4K, 144hz, etc etc but I will always stay loyal to Dell/Alienware. In my experience the quality of Dell/Alienware is well above and beyond Acer (and Asus for that matter). Plus Dell/Alienware has the perfect pixel policy
You must log in or register to reply here.
Share:
Reddit Pinterest Tumblr WhatsApp Email Share Link
Top