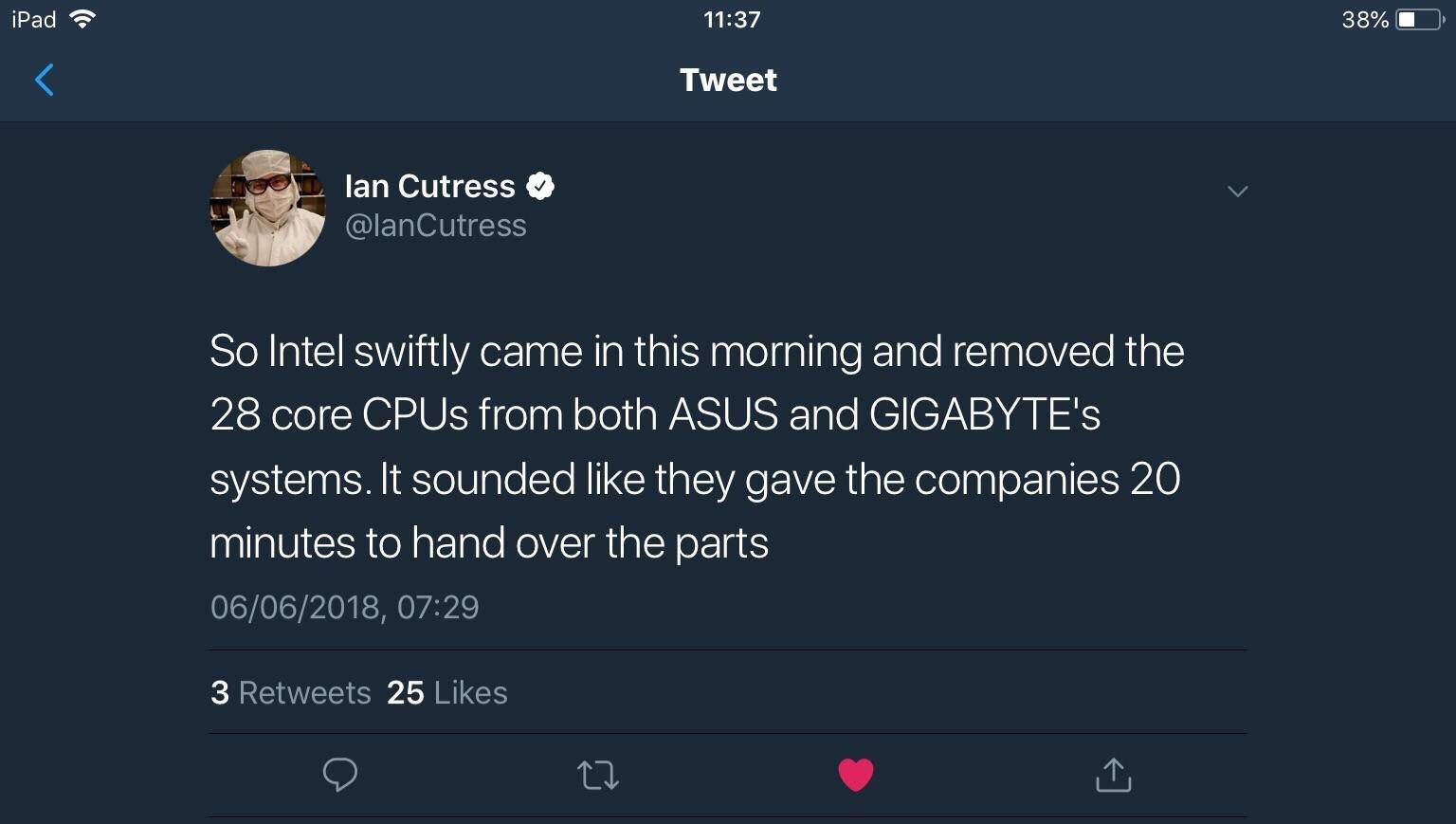 I find this interesting if true, it means Intel has had a loss of face after seeing what AMD bought to the table and decided to pull a 'shut it down' move.
AMD fired the 32 core barrel quickly. Many of us were right that TR is epyc, the 'blanks' are dies (this was confirmed last year) and that 32 core may happen but I think the timing has taken people by suprise. That said, the binning will be interesting to see.

Intel wouldn't use chilled water or phase change unless they had to. They have been beaten on the power front and I'd guess would be having difficulty in majority of stock, or high end aircooled or mid range, non balls to wall water water scenarios.
What this also means is the next Zen core or TR is likely to have more CCX, e.g 12 core Zen2 next year, to offer major improvement outside of clock speed, meanwhile Intel's 28 core is competing with a 32 core TR, then a 7nm process with more cores of likely similar speed to this 5GHz 28 core.
The writing is on the wall today at CTEX, its not looking pretty for Intel in Hedt and many workstation roles, if they keep having delays with their future 10nm process, which is pretty similar to 7nm process that will be used next year by AMD. Early 10nm offering i3 has come out worse than 14nm before it, along with much higher defect rates.

Sorry for tired phone posting. I hope it's of interest and true. Not seen any corroborating evidence other than Kyles' photo from anand of an empty socket in one of the demo boards, sitting on a chiller atop a trolley unceremoniously.
https://hardforum.com/threads/28-core-intel-demo-questioned-on-cooling.1961837/#post-1043665426 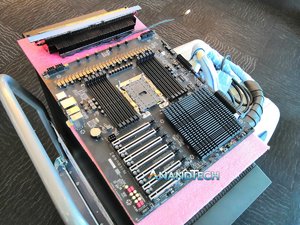 Sorry for double posting but it seems that not everyone here has plebbit scripts allowed.
Last edited: Jun 6, 2018
E

Already have threads on this.