Does the NBMiner ethereum -LHR bypass only work with newer versions of LHR?

The 3060 card I bought from EVGA in March has the original January 2021 94.06.14.40.45 bios on it and I had been able to get 50 MH/s in NBMiner using the beta 470.05 driver as a single card with standard mining power and clock optimizations. I bought and installed a 3060Ti LHR card last week that required a 471.xx driver to be recognized in windows, but that also has resulted in my 3060's mining to be restricted. Unfortunately, I've had no luck actually getting the hashrate of the 3060 card to be "unlocked" above 26 MH/s, even though other LHR 3060 cards report 34 MH/s under the 39.x nbminer. I did edit the nbminer batch file to have the argument -lhr 68,68 setting both cards.

FWIW, I've not installed any EVGA Precision X updates higher than 1.2.1 because the release notes suggest updates to the 3060 bios happen at 1.2.2 and newer.

Has anyone else encountered original bios 3060s not unlocking with the latest NBMiner? The full 50 MH/s with the beta reducing to 34 was already a compromise, but 26 is even more frustrating.4 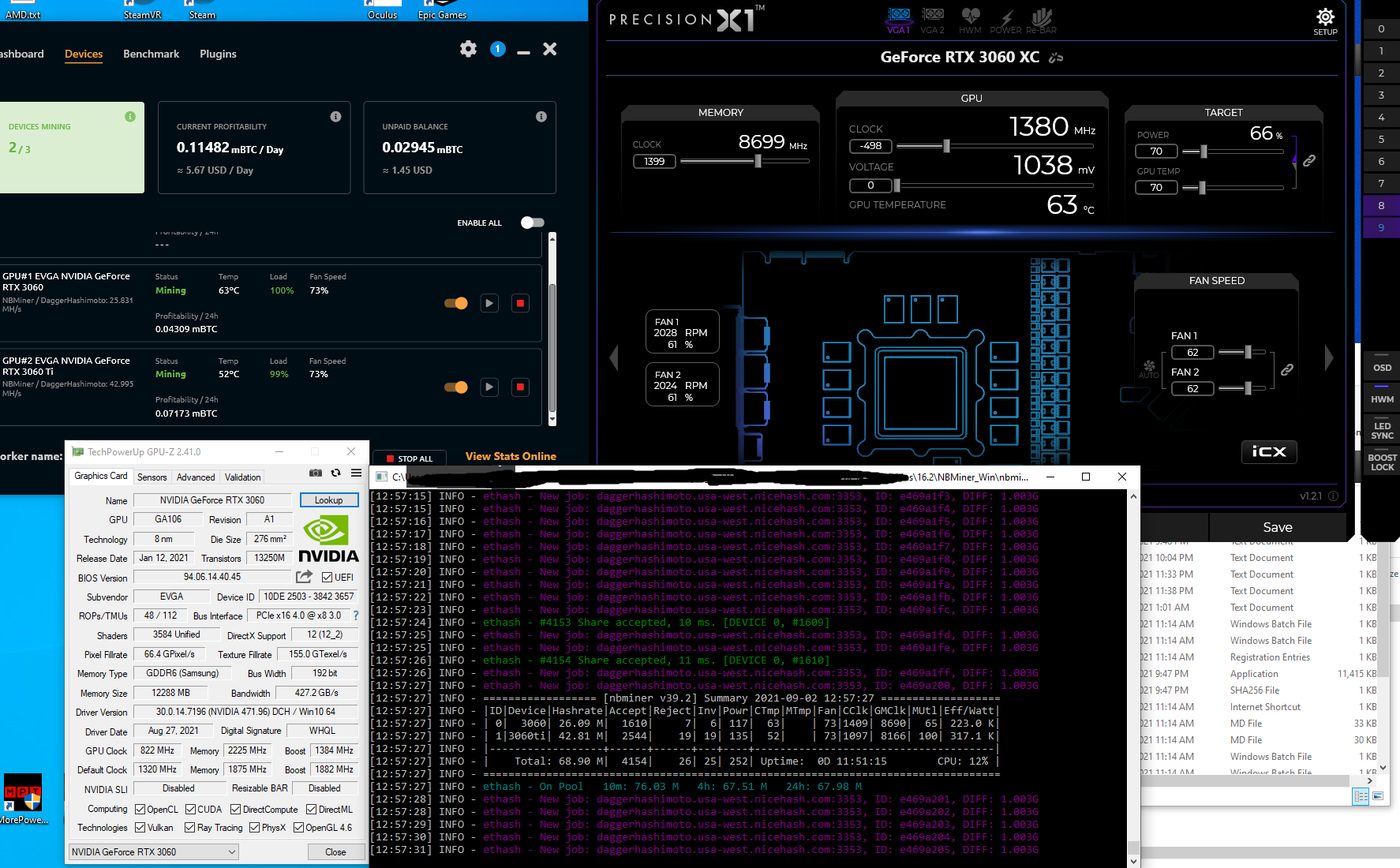 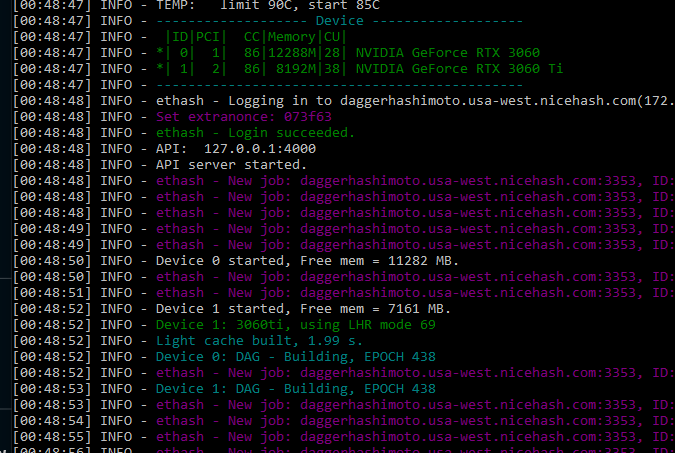 Not your problem, but maybe related - I've had mixed luck with NBminer; running an LHR 3060ti on a system with a non-lhr 3080 produced 0 change in hash regardless of setting. I put the LHR 3060ti on my 10xx rig NB worked great at 80 = 42M - I added another 3060ti LHR to that rig and BOTH cards dropped off to 36 (max) Tweaking -LHR above 69 locked the cards out and dropped the hash to LHR speed.

AFAIK, NBMiner 39.x says to stay at or below 70% speed to keep LHR throttles at bay, so setting 80 or above 69 is impressive to be able to do. It sounds like you've had trouble getting 2 LHR cards running NBMiner at elevated speeds too though.
You must log in or register to reply here.
Share:
Reddit Pinterest Tumblr WhatsApp Email Share Link
Top